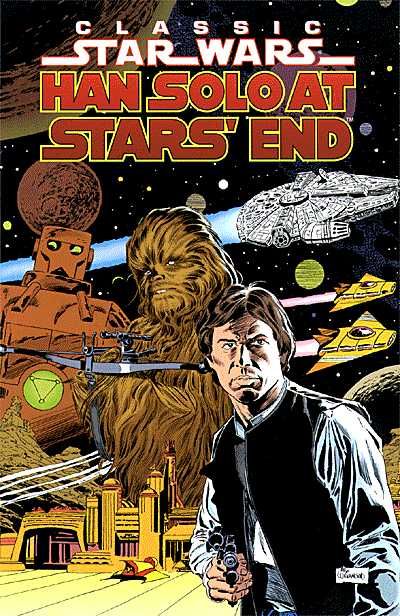 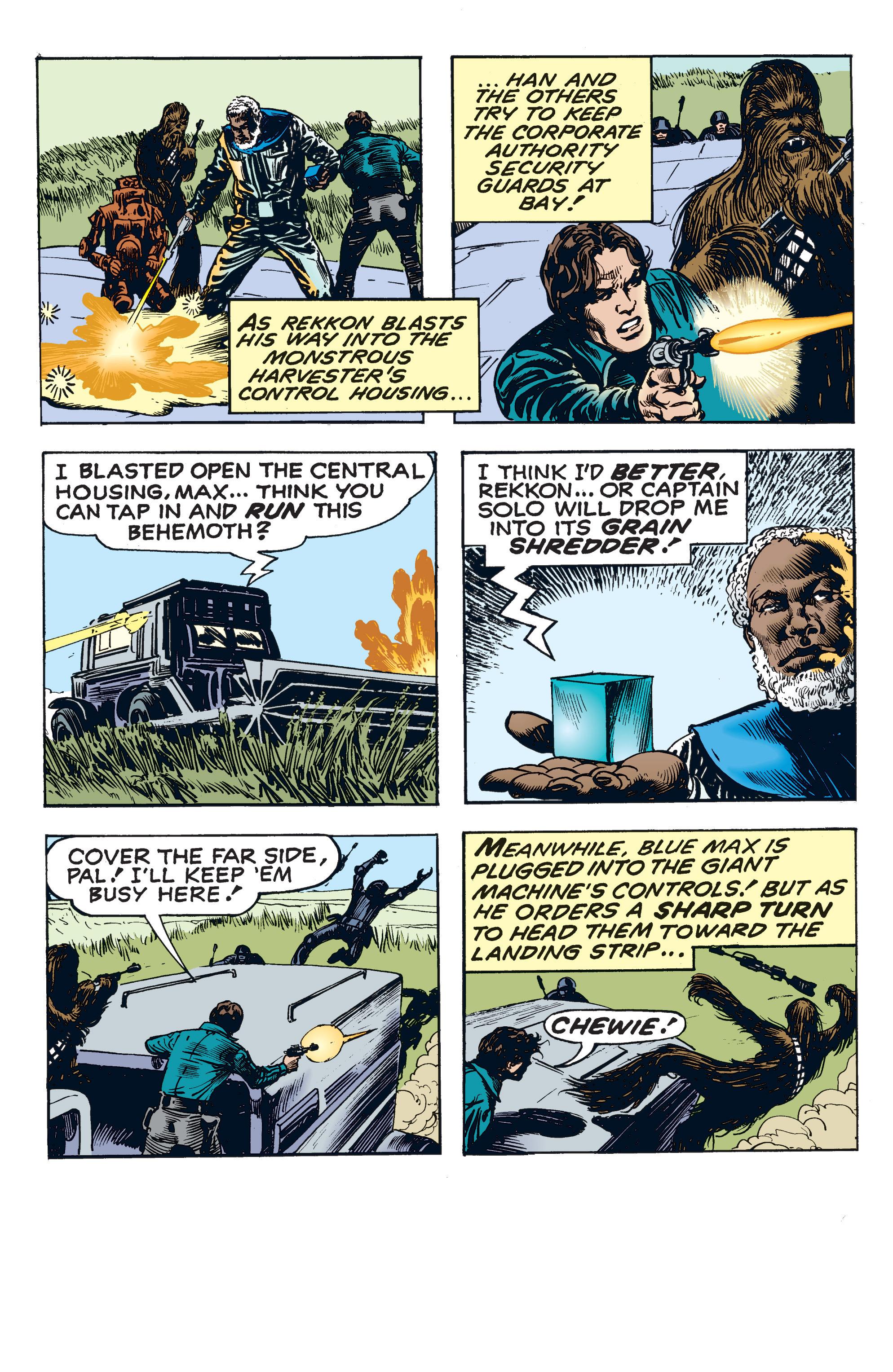 That it appears under Dark Horse’s Classic Star Wars banner indicates Han Solo at Stars’ End was originally newspaper strip material. Dark Horse’s policy was to re-format the material to make it read as if originally produced for comics, removing panels repeating the title logo and re-capping events, and slightly re-jigging the art. Although only crediting Archie Goodwin as writer, Goodwin was adapting Brian Daley’s novel looking at Han Solo in his days as a smuggler before he dropped into Star Wars continuity. It means we have Han, Chewbacca and the Millennium Falcon, but not the rest of the Star Wars crew. Still, the title’s enough to tell us that.

When the Millenium Falcon is damaged, Han figures he can head back to his usual source for repairs, but unfortunately for him Doc has attracted the attention of the Empire’s administrators, the Corporate Authority, who’ve taken him away. If Han wants Doc’s crew to repair his ship he’ll have to agree to their terms, and they entail transporting a peculiar droid to a location where it can tap into the Corporate Authority’s computer system and discover where Doc is being held. Daley and Goodwin’s plot has one mission leading to another, leading to another and then another like a glimpse down an endless rabbit hole. It’s true to the adventure reel inspirations of Star Wars, but lacks any real sophistication. Goodwin was far better when conceiving his own plots.

It’s not prime Star Wars, and not helped by Alfredo Alcala’s expansively lush style of art unsuited to squashing figures into small panels. He doesn’t attempt to have Han resemble actor Harrison Ford except in the very broadest sense, and the design of his droids and aliens lacks imagination. When the strips are gathered together they display a lack of variety that wouldn’t have been as obvious during the original daily publication. Nor is there much imagination on the part of colourist Perry McNamee, very reliant on blue and brown.

Han Solo at Stars’ End is now collected as part of Marvel’s Epic Collection: Star Wars Legends – Newspaper Strips Vol. 1, along with a lot of far better work. Anyone who’d prefer to read the strips as originally printed (largely in black and white with title panels intact) can find them in volume two of IDW’s Star Wars: Classic Newspaper Comics.