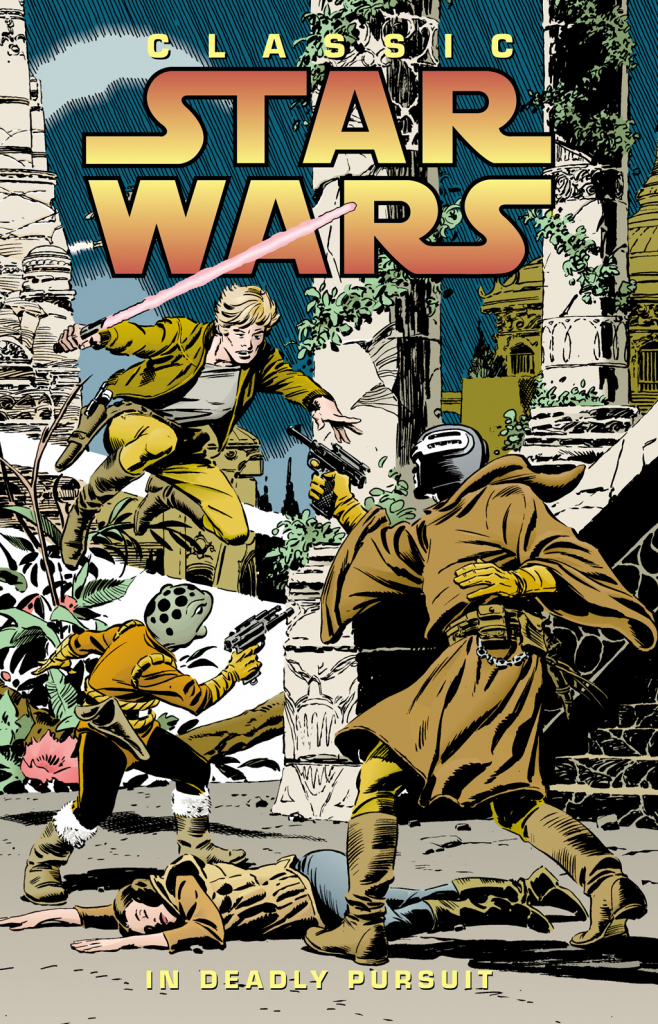 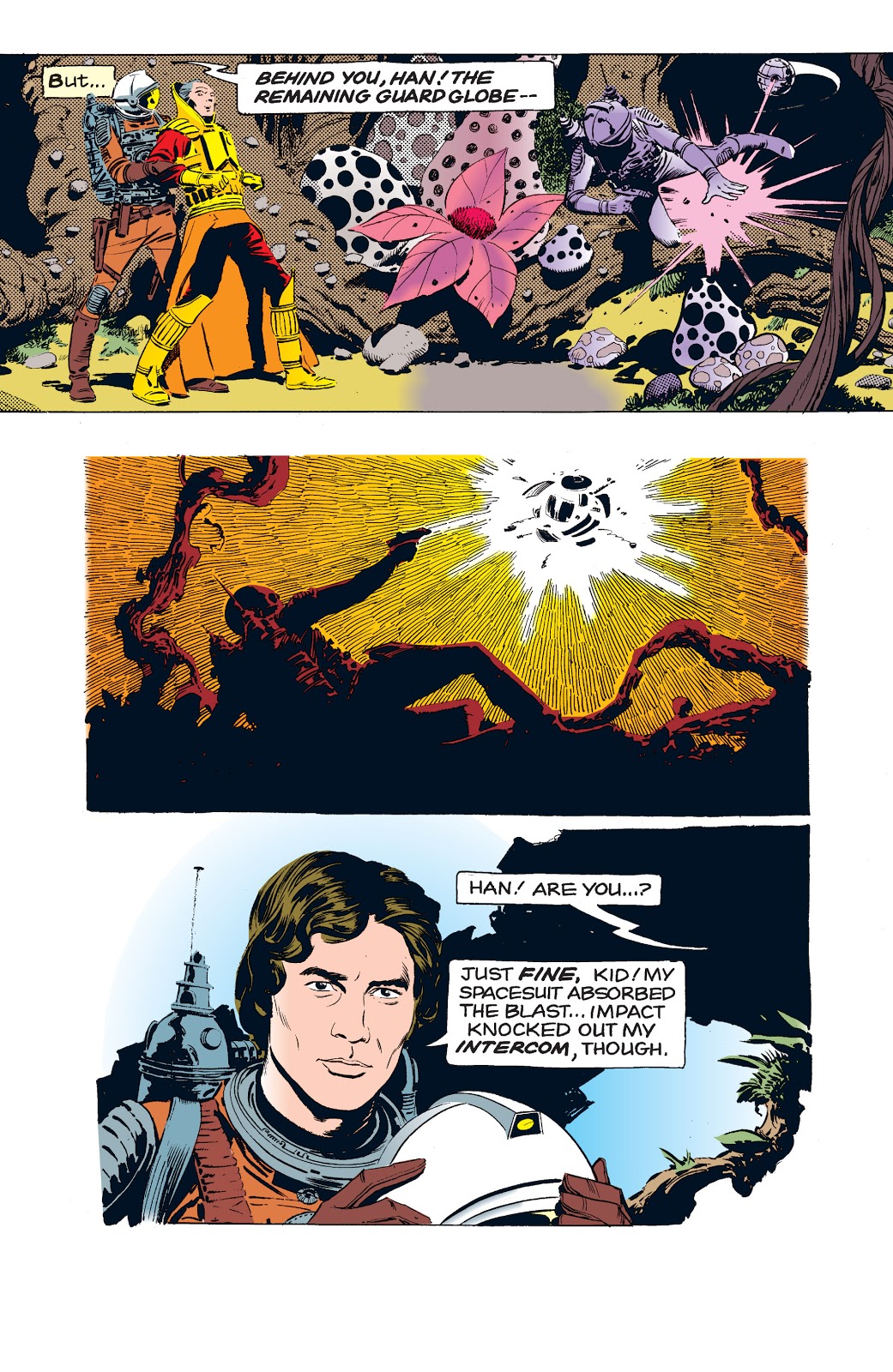 Although collected as volume one, for those wanting to follow the original publication sequence of the Star Wars newspaper strip, this continues from The Early Adventures. Writer Archie Goodwin remained, joined by new artist Al Williamson.

The alien landscapes Al Williamson drew for EC comics of the 1950s were part of the stew from from which Star Wars was formed, so he was a natural choice to illustrate the newspaper strip, but was unable to take the assignment on when it was originally offered. In 1981, though, he was available to deliver exactly what was expected. There are the giant plants, lush foliage and twisting vines of a primarily jungle environment, the stark beauty of space populated by dozens of planets, and the book ends with an undersea sequence. Williamson is equally at home illustrating people, and his cast likenesses rarely drop below standard.

The strip is a continuity implant, with all three volumes of the Goodwin and Williamson material set after the end of the original Star Wars film, but before the invasion of ice planet Hoth in The Empire Strikes back. Goodwin had relative freedom to move the cast around within those parameters, and cleverly constructs some plots around what might otherwise be throwaway lines in the films.

If Williamson was a natural choice for the strip, so was Goodwin, who supplied some of the best stories of his career throughout the series. He constructed the material along the lines of old adventure films, but with a far larger budget, keeping the relationships in place while maintaining tension in adventures readers already know the cast will survive. Han, Leia and Luke have to outwit a wily and persistent bounty hunter, before Luke is lured into aiding generals plotting against Darth Vader’s tyranny. There’s an extended sequence among the slaves of scavengers, then a diseased and vengeful Imperial scientist takes a hand before a trip to a possible new ally. Like all good newspaper strips, this volume ends on a cliffhanger, and the story is concluded in The Rebel Storm.

Purists might not appreciate the original newspaper strip material being re-formatted to resemble traditional comic pages, although the bonus is vibrant colouring from Steve Buccellato and Matt Hollingsworth. The alternative would be running the daily re-cap pages, acceptable after a gap of 24 hours in a newspaper, but tiresome when reading a collection. Those that would prefer the original format could try locating the long out of print and expensive slipcased set published by Russ Cochran in 1991.