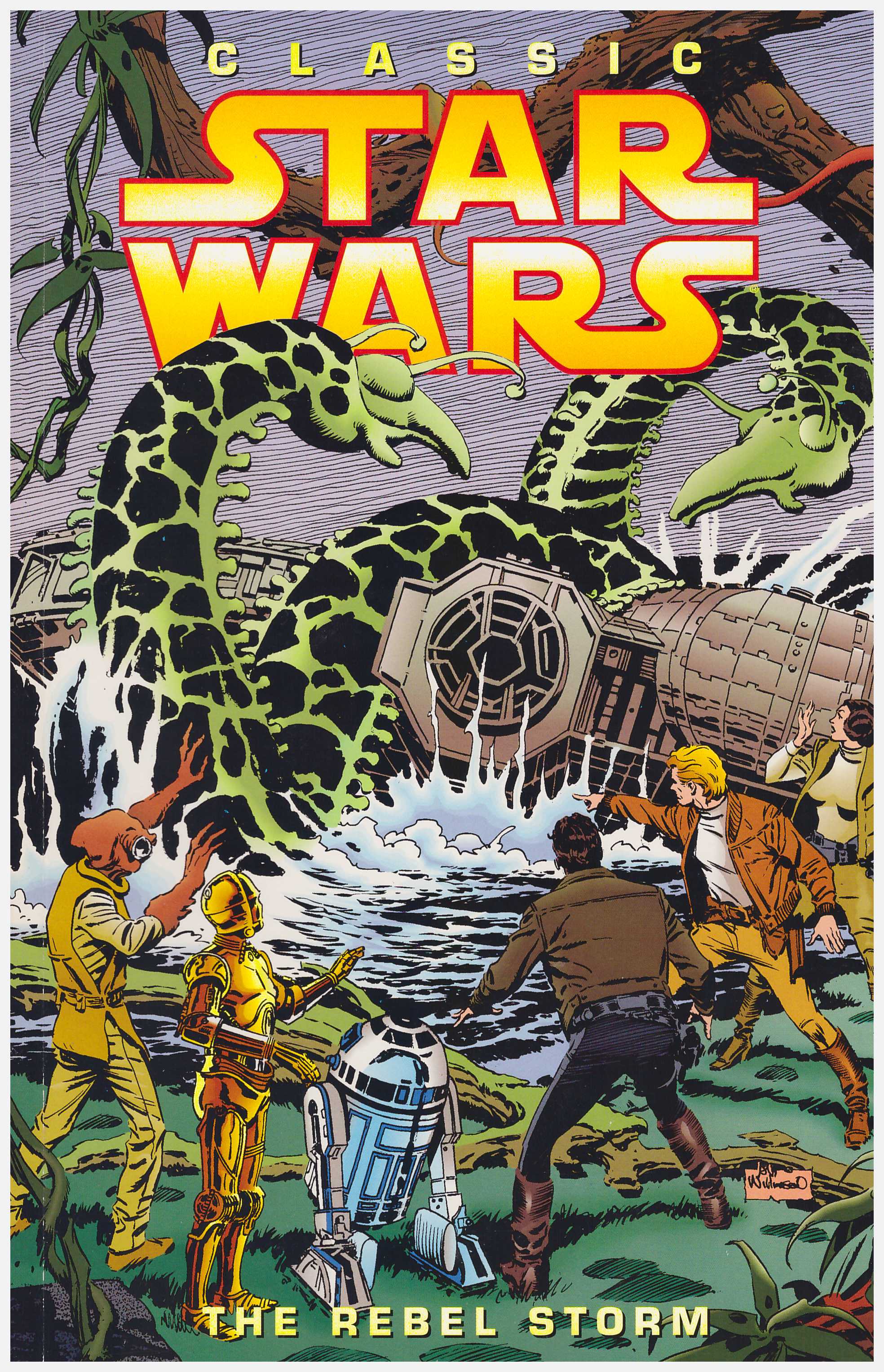 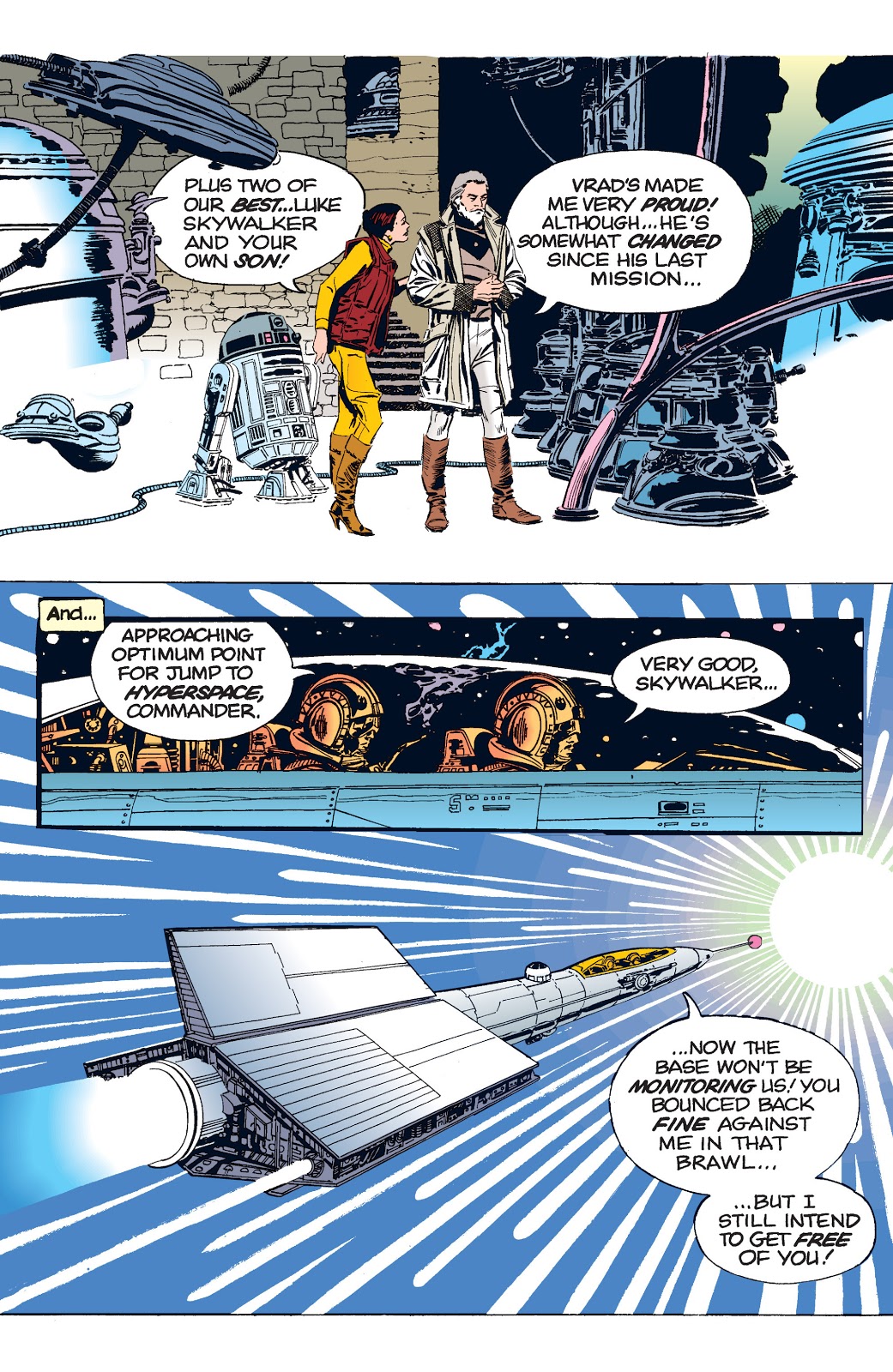 Given the vast canvas of the Star Wars universe to play with, Goodwin is very adept at ensuring variety in his material, keeping interest fresh by not over-using Darth Vader, for instance. The opening sequence continues the cliffhanger from In Deadly Pursuit as Leia attempts to recruit rebel allies in the underwater society of Aquaris. Thereafter the rebel base is plagued by a mysterious savage creature able to best a wookie with ease, Luke has a reunion with a very dear old friend and a detour to the ice planet of Hoth. The bounty on Han Solo’s head proves inconvenient as he searches for a power gem, there’s a rescue mission for Admiral Akbar, and the volume again closes on a cliffhanger. This time Luke suspects the person entrusted with a vital dangerous mission may be either an Imperial spy or likely to desert during the mission. That he’s favoured by Leia doesn’t help matters. Escape to Hoth continues the story.

Perhaps the most skilful aspect of Goodwin’s writing is that he consistently manages to keep tension simmering when the strip is implanted into the film continuity. Readers know the lead characters survive to The Empire Strikes Back, yet Goodwin’s scenarios are compelling and dangerous.

Colourist Steve Buccellato is handed the unenviable task of providing colour for artwork specifically designed for black and white reproduction, and considering this is the case his work is astounding. There are a few muddy panels lost in black, but under less talented hands the amount would be far greater.