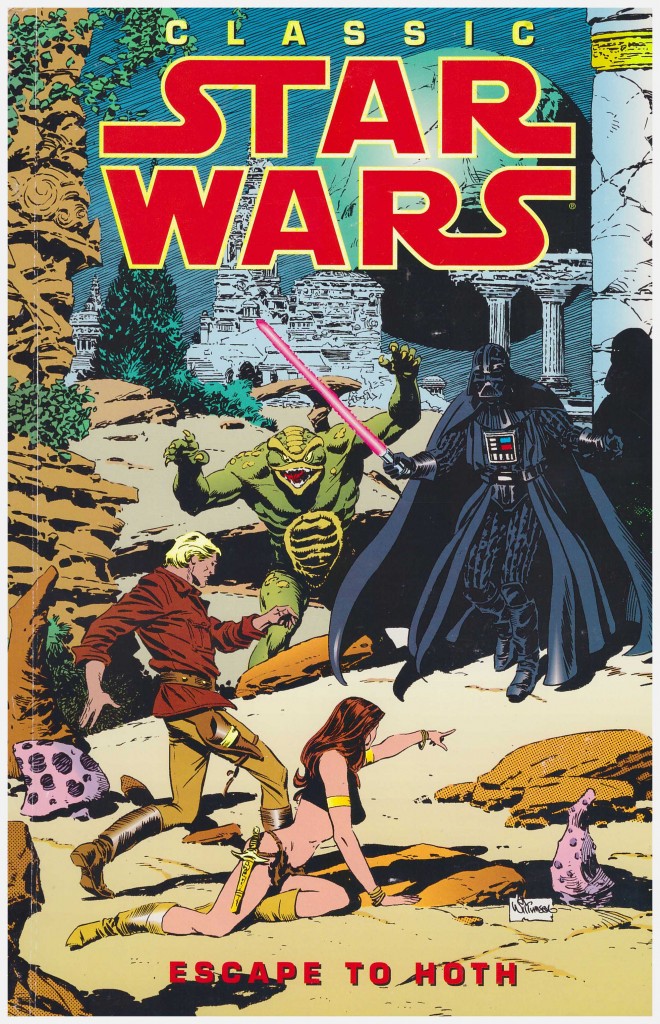 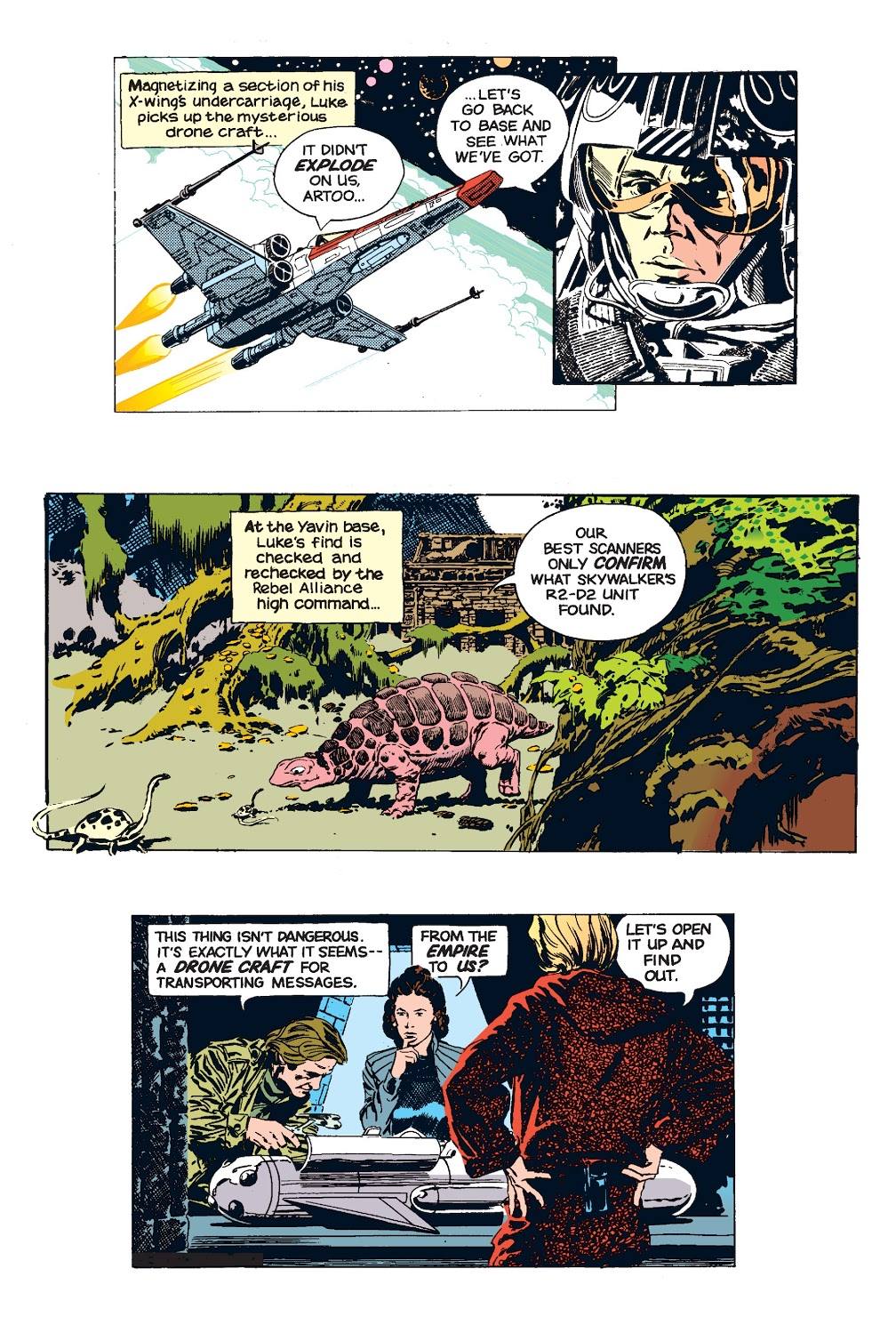 The final collection of the Star Wars newspaper strip by Archie Goodwin and Al Williamson is every bit the equal of their work on In Deadly Pursuit and The Rebel Storm. Goodwin had a little more to work with in terms of stitching together content as Return of the Jedi had been completed, and then released, so allowing visual representations of Jabba the Hut, for instance. In common with the previous films, the strips mentioned Jabba in connection with the bounty he’d placed on Han Solo’s head, but without ever showing him. The strip remains set in the period before The Empire Strike Back, but Jabba is now seen during a sequence in which one of Han’s former pirate acquaintances finds the temptation of the bounty enough to consider handing him over.

The imminent release of the trilogy’s third part is also evident in Goodwin moving his plots along. Goodwin had introduced the planet Hoth to the strip continuity in The Rebel Storm, and with their base compromised, the rebels carry out a relocation to Hoth, where they’d be for The Empire Strikes Back. It delivers a fine tense sequence as transfer from Yavin to Hoth requires evading Darth Vader, and the only way to do so is by skirting a dying planet emitting deadly solar flares at random intervals.

The cliffhanger ending to The Rebel Storm is concluded, Luke has an adventure on a planet where nothing is quite as it appears, and Darth Vader takes a more direct part than earlier in the strip. The revelations of Return of the Jedi affect his participation as well.

Williamson’s art is as excellent as it has been throughout, with gloriously evocative alien landscapes, convincing cast likenesses and a fine selection of spacecraft. There’s little of the muddying that occasionally occurred in the previous volumes when art intended for black and white reproduction is coloured.

The entirety of Goodwin and Williamson’s work on the newspaper strip was also collected as a lavish three volume hardback and slipcased set. This presented the strips as originally published, in black and white other than the Sunday colour pages, rather than reformatted to read as a more traditional comic for the Dark Horse volumes.