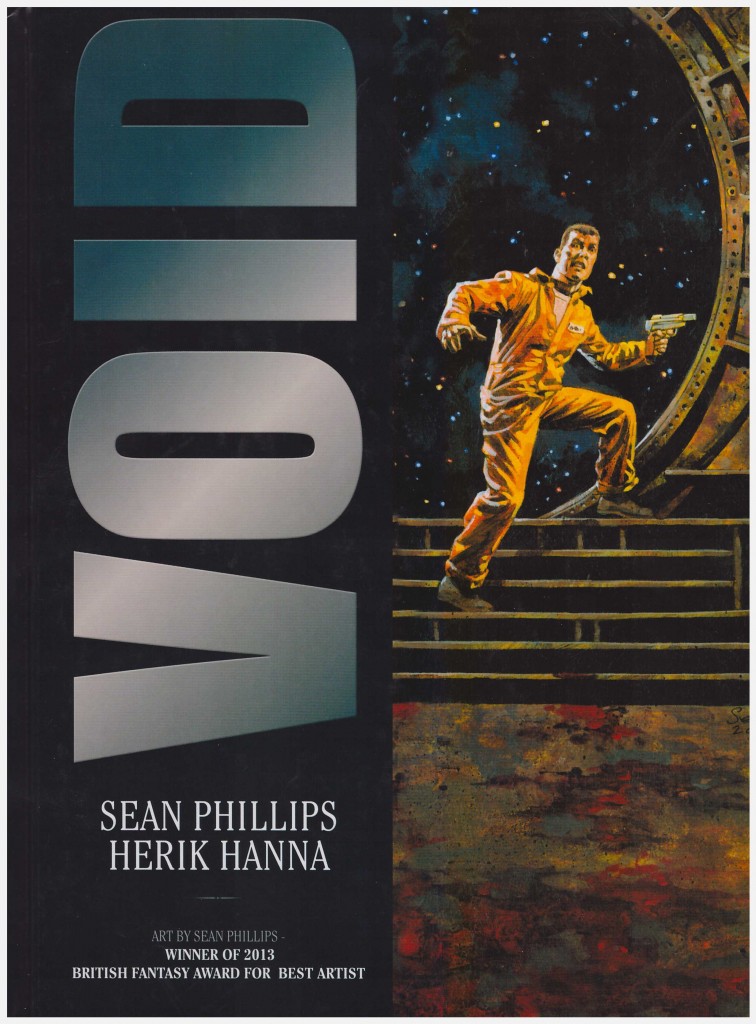 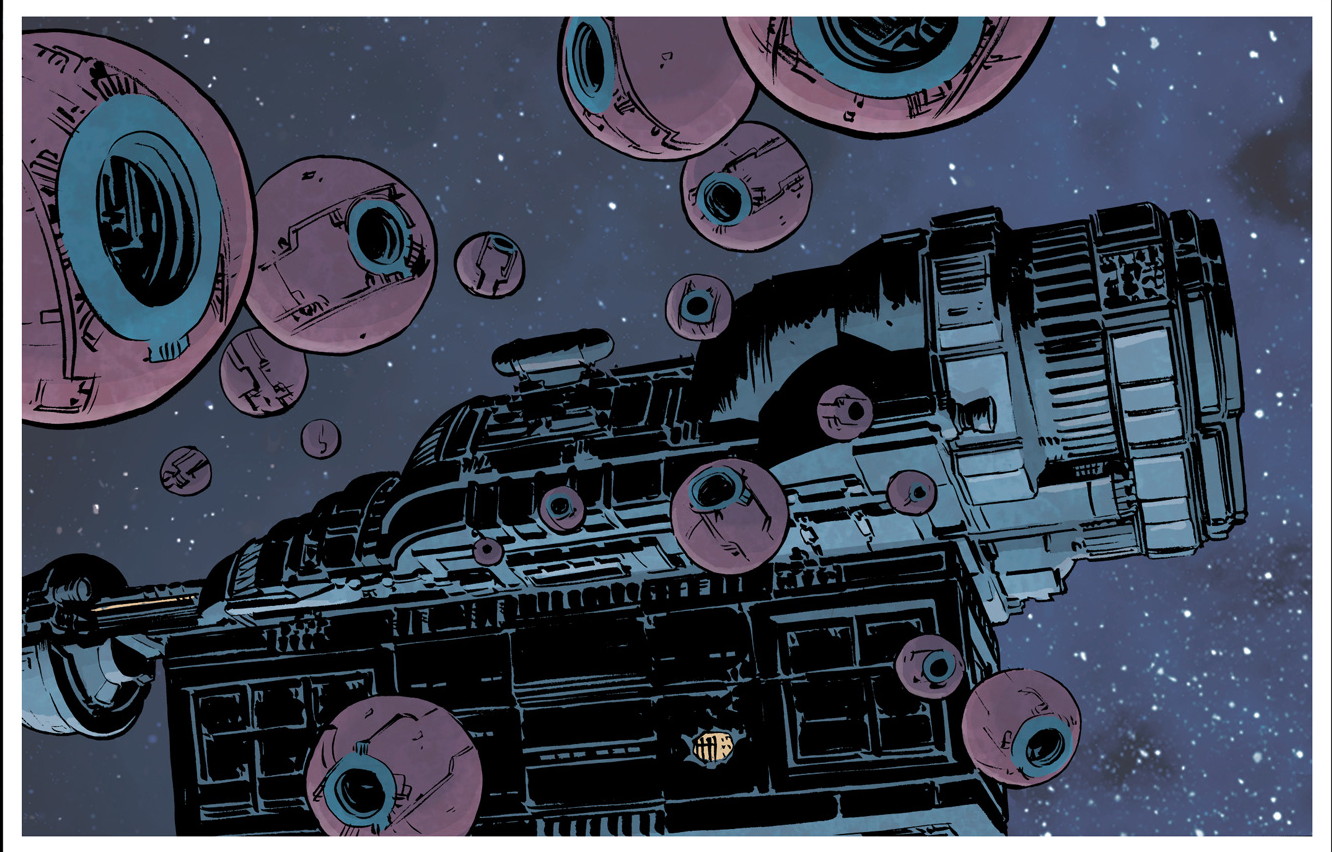 First published in France, and reprinted by Titan as a European style hardbound album, Void is a twist on the Alien scenario of a few people on a spacecraft being picked off one by one by a seemingly invincible enemy. It’s a spartan piece, exploiting the isolation of space and claustrophobia of a tin can shuttling through it, in this instance transporting prisoners.

The man in charge is Colonel Mercer, already with a fearsome reputation as a disciplinarian and known to his men as ‘No Mercy’. By the time the ship passes through an area known to cause troublesome changes in behaviour it’s suffered considerable damage via a meteor shower, and entire sections have been sacrificed to the vacuum of space. Mercer has gone mad, murdering crew and prisoners alike, but one crewman survives to play a game of deadly cat and mouse.

Writer Herik Hanna drags a very thin story over far too many pages, and it seems very much the movie pitch with readers a secondary concern. While there is a twist to the story, it’s hardly unpredictable, and many elements are left unexplained, not least how one particular area of space so affects minds. It’s glossed over by first person narrative waffle of how the deep of space messes with the mind. Lucky for some it also manages to manifest naked hallucinations of old girlfriends. Would that we were all so fortunate.

Sean Phillips doesn’t appear to have been inspired by the material either. He’s always professional, but with the exception of a few elements, particularly the splash page, he’s on autopilot.