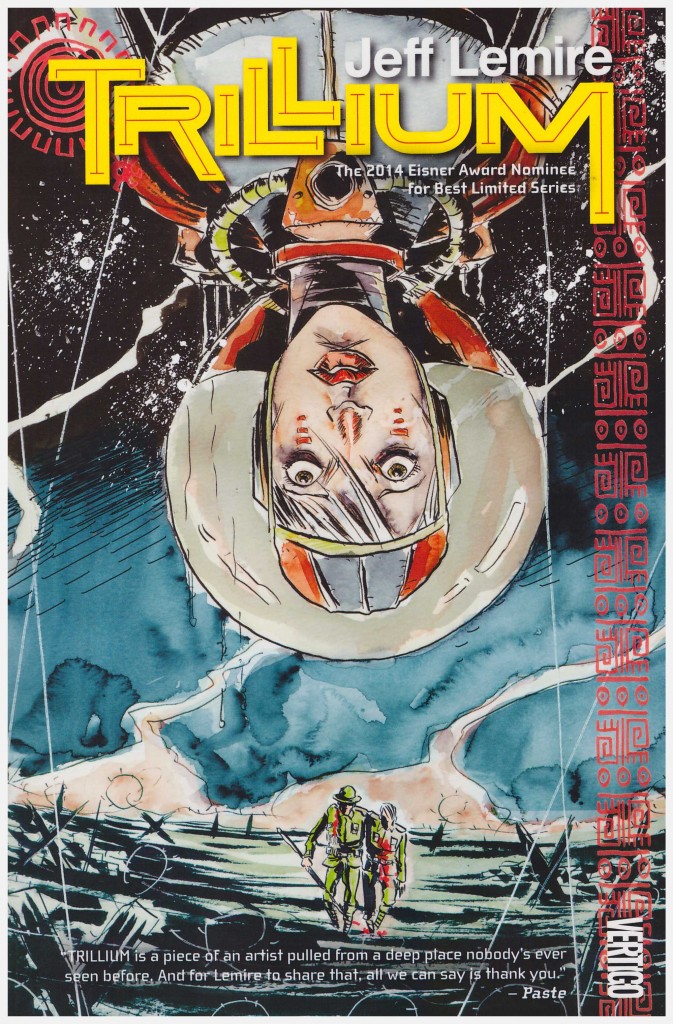 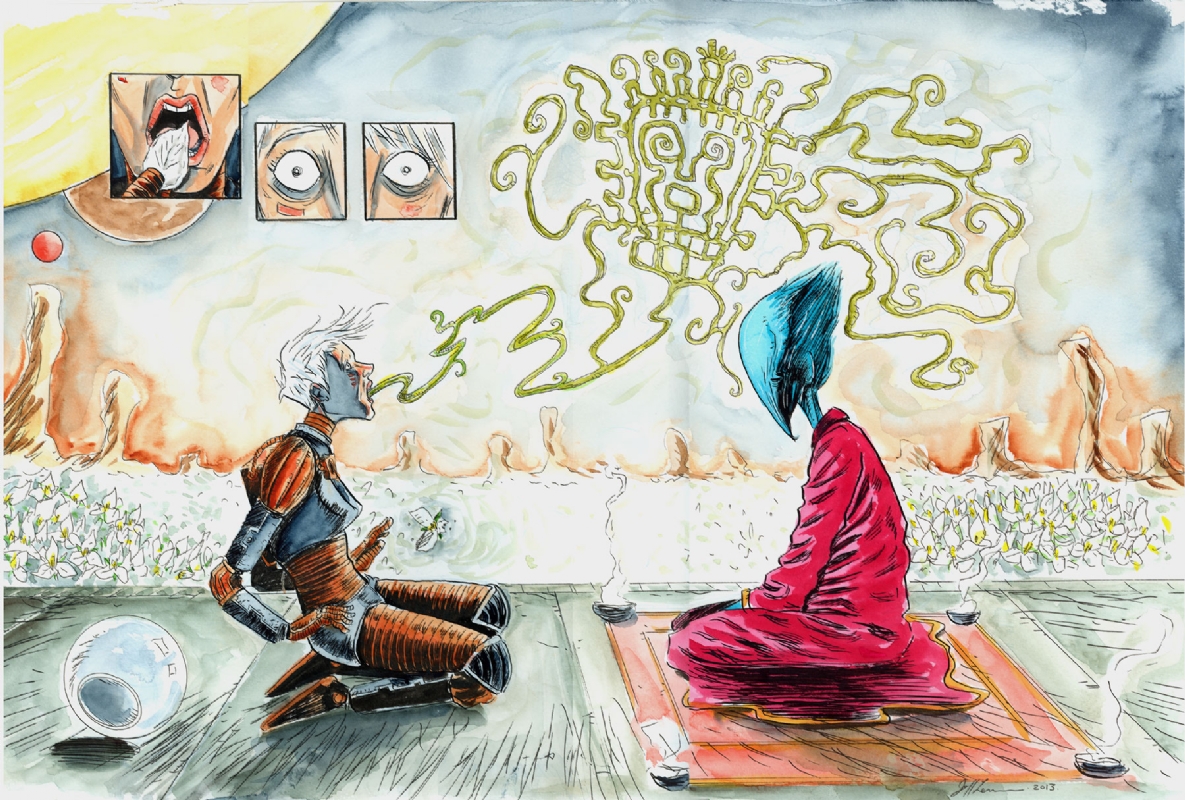 There’s a moral dilemma posed in the opening pages of Trillium providing an instant hook. Humanity has been targeted by a virus named the Caul that’s followed them across the galaxy, reducing the population to 4000. It’s believed a plant named Trillium may provide immunity, but this is located deep within a walled city on Atabithi. Contact has been made with the native population, but when it’s learned that the only other surviving human colony has been wiped out by the virus, the urgency increases.

As science-fiction Trillium is a departure for Jeff Lemire’s personal work, yet his core values remain. There’s the over-riding humanity, the ability to convey emotional complexity in subtle fashion, the use of the silent panel or dramatic pause, and his recurring themes of loss and isolation. So why is it that Trillium fails to satisfy completely?

It’s not, as some would have it, that there are storytelling experiments. Lemire sets up a bridge between an alien planet in 3797 and Earth in 1921. As part of the established connections a central portion of the story reads across the top level of the page to the end of the chapter, at which point the book has to be reversed to read the following section, which is printed upside down on the same pages. It conveys the disorientation necessary to the story, but is more gimmick than effective experiment. Kudos for trying something different, though.

A major problem is the future setting so essential, but never convincingly conveyed. This is 1700 years ahead of our time, yet Lemire supplies little more than spaceships and portable computer intelligence, technology not too far beyond our present capability. One interesting innovation is magnetically tethered grav-lines on tracks connecting people to devices from which they’d otherwise float away into space. This, though, is undermined by the surprise appearance of a meteor shower, which must have been predictable, and possibly even viewable. Envisaging the future is a difficult task, but there’s no reason for the 3797 setting. Were it three hundred years from now it might have been more convincing.

Also not ringing true is the emotional core usually rock solid in Lemire’s work. Yes, there’s a spiritual connection between alien contact specialist Nika and Will, still suffering the effects of World War I shellshock five years on, but it hardly explains their romantic compulsion in a tale that was promoted as “The last love story ever told”.

Some elements do work. The merging of worlds and times is well handled, as are the contrasts employed throughout. Lemire’s scratchy, gritty art is as good as ever. He’s better than almost any other comic artist you care to name at conveying awkward emotional moments through posture and expression. The eyes have it. The art benefits from the sympathetic watercolour tones, added by Jose Villarrubia to the pages Lemire doesn’t handle himself.

Trillium isn’t a bad story. In fact it’s something that many lesser creators could be proud of, but of the solo work Lemire has produced to date, it’s the weakest.