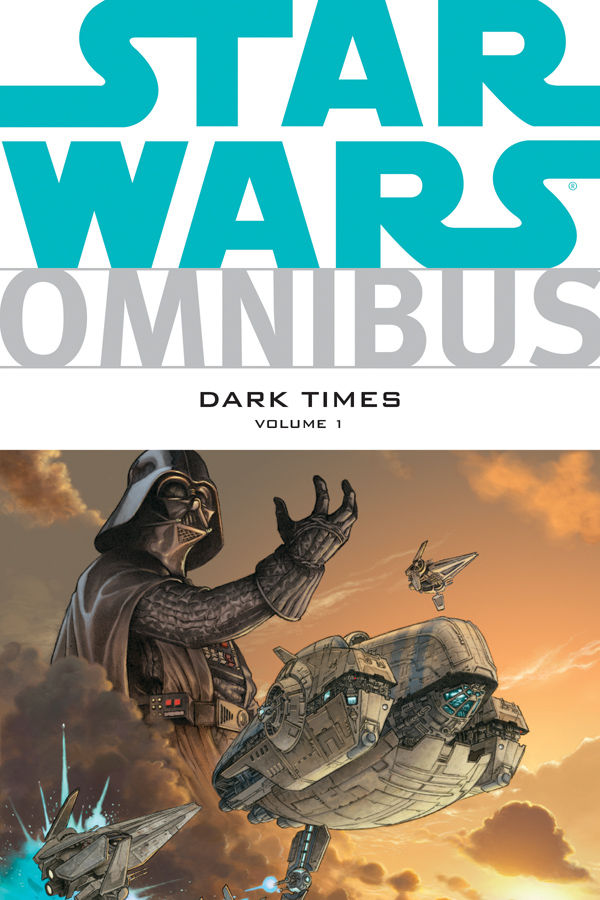 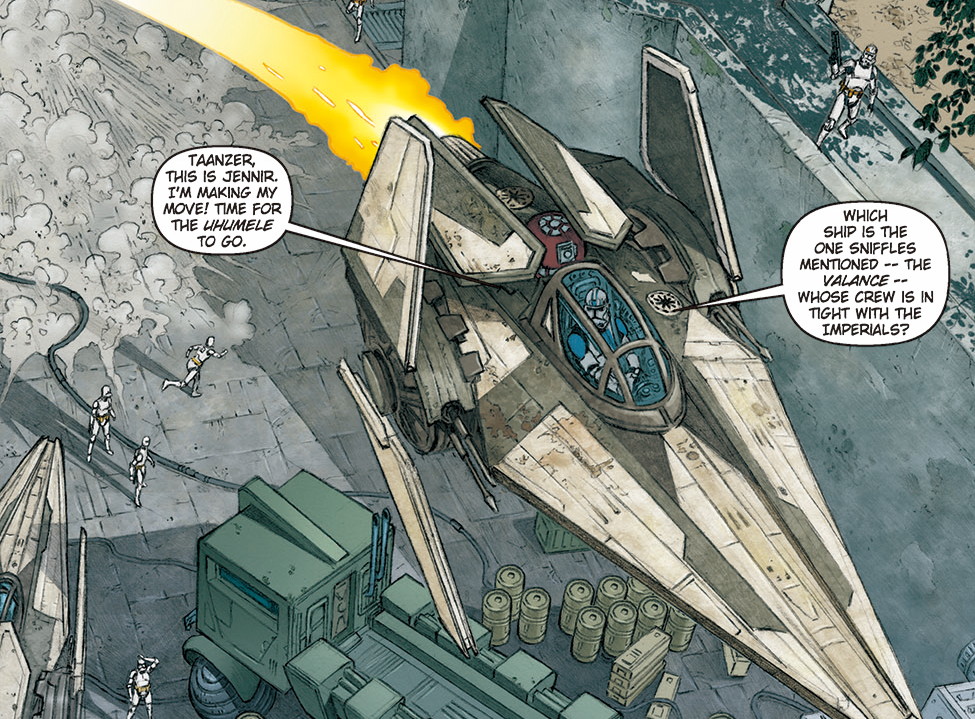 The final volume of Star Wars: Republic had a great bearing on the cast of Dark Times, so it’s appropriate that two chapters from that series open a volume that gathers the individual Dark Times graphic novels.

In terms of the vast Star Wars continuity Dark Times is set immediately after events of Revenge of the Sith, and roughly 19 years prior to A New Hope, so in the days when the Sith and their allies have begun to exert an iron grip over what was the Republic to create the Empire. Darth Vader has turned to the dark side, while the Jedi are scattered around the Galaxy.

The Jedi of note in this series is Dass Jennir, who begins the book aiding the Nosaurians, a race of miniature dinosaurs, against the cloned Empire troops following Order 66, which initiated the extermination of all Jedi. Later in the book this also affects Master K’Kruhk, a Whipid Jedi running an academy. The stories of both are followed throughout this and the following book, and their methods of adhering to the Jedi code are severely strained.

It’s Jennir who occupies most of the early pages, along with his Nosaurian friend Bomo Greenbark, whose family have been abducted by slavers. The pair are fortunate to select the crew of trading ship Uhumele for refuge, and the trail is followed from there. When that tale’s concluded Jennir is sidelined until the next volume, while the Uhumele crew take centre stage.

Randy Stradley is responsible for all the writing, using the aliases Welles Hartley and Mick Harrison, and after a shaky first story arc improves immensely. With the exception of some bombshells in volume two, he’s a very straightforward writer, not one for taking the circuitous route of continuous plot twists. This is a perfectly acceptable formula, that works far better for the material originally gathered in Parallels than the earlier Path to Nowhere.

Dave Ross draws most of the second arc, and is better than Lui Antonio’s pages for the remainder, but both pale beside the naturalistic wonder of Doug Wheatley, particularly well coloured by Ronda Pattison. Wheatley’s people are as good as his technology, his action scenes the equal of his talking heads, and those combinations are far rarer than they ought to be among comic artists.

The volume closes with chapters originally forming part of the Vector storyline. The original concept was that a single person could have a pivotal involvement with the continuities of four separate Star Wars series spanning millennia. In isolation, though, without explanation, these chapters lose some credibility, with the plot elements straining credulity.

This is a very mixed bag. A bargain way of collecting the series, certainly, but nowhere near the quality of the second volume. Since Marvel re-acquired the Star Wars licence, they’ve repackaged these stories, and they’re split between the first and second volumes of Marvel Epic Collection: Star Wars Legends – The Empire.