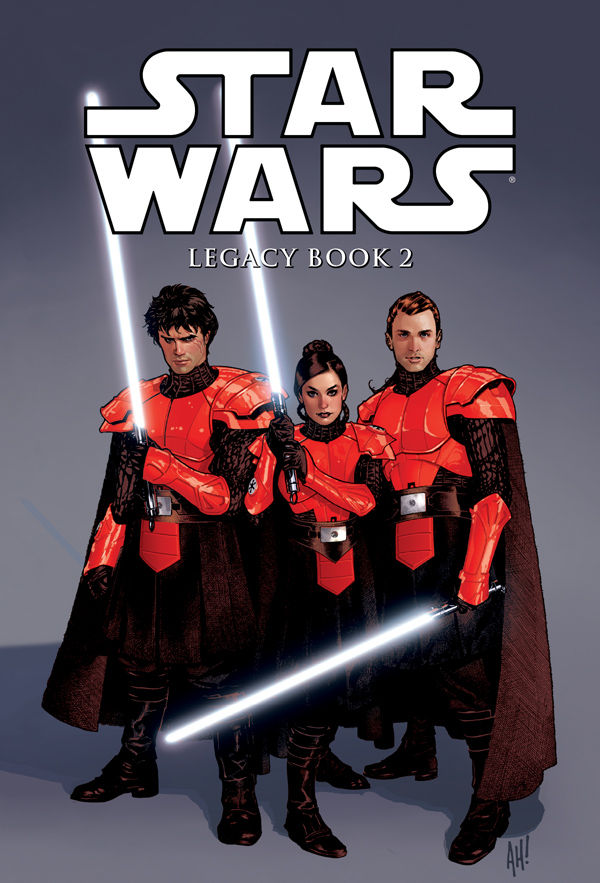 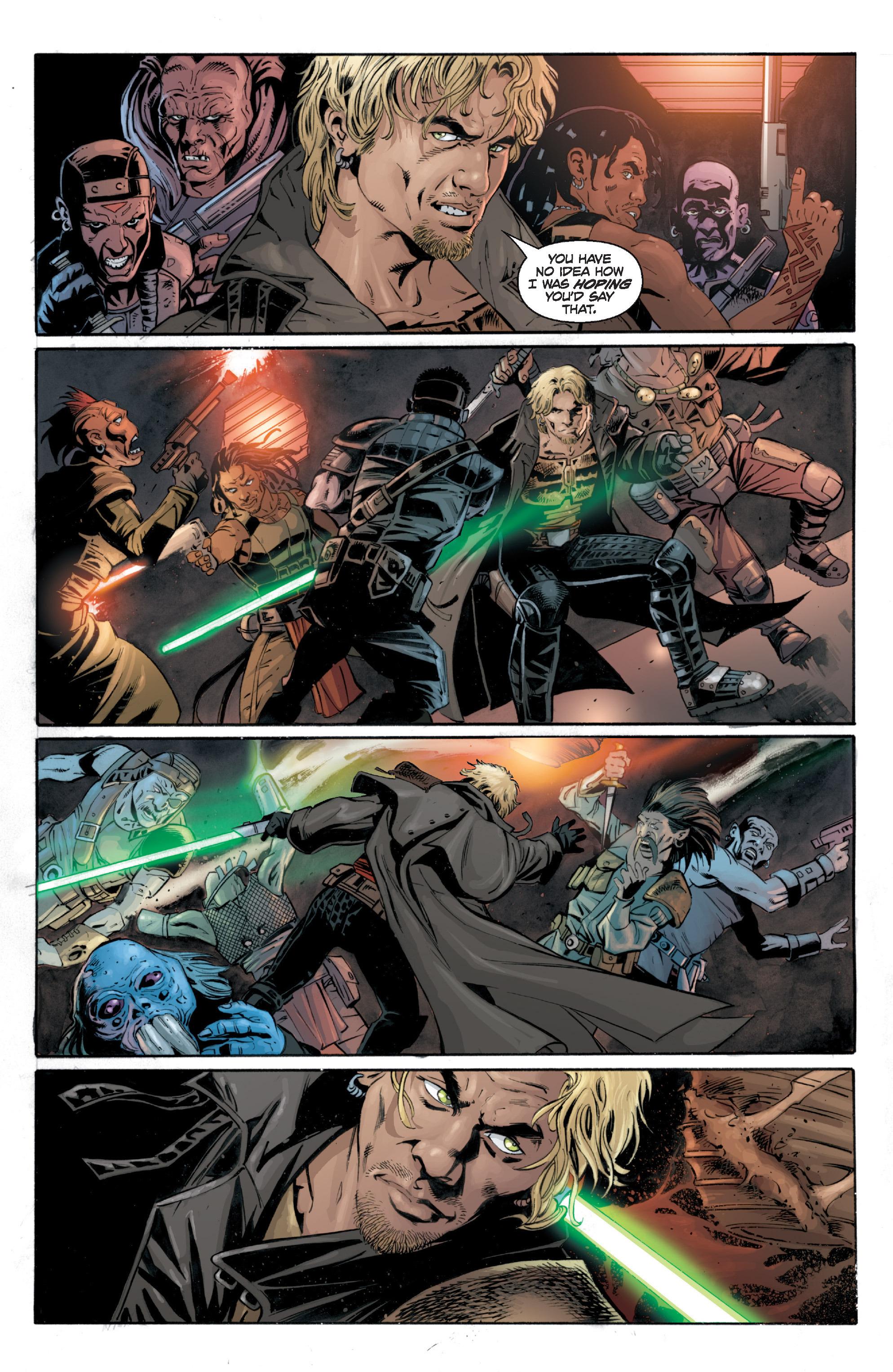 This second small format hardback collects the individual Legacy graphic novels Alliance, The Hidden Temple and Storms, with one chapter from Tatooine thrown in. As nice as it may be to have the stories in hardback, they can be purchased cheaper as individual collections.

Shifting the focus back to Cade Skywalker and his allies restores the tension and political intrigue that are the standbys of the series. Cade very much feels the solution to the Galaxy’s current problems is to kill Darth Krayt. This of course violates the Jedi code, so while they can see the bigger picture they’re also aware of the precedent this sets. It’s a variation of real world disagreements well presented by Ostrander. Also included are the Legacy chapters of Vector, an ambitious story featuring the pivotal involvement of one character over four periods of Star Wars continuity. Celeste Morne leaves her mark here, and much has changed by the conclusion of her story.

Legacy was consistently the most exciting of the Star Wars graphic novel series, and despite a slow start this collection of material shows exactly why. The series concludes with the third omnibus.