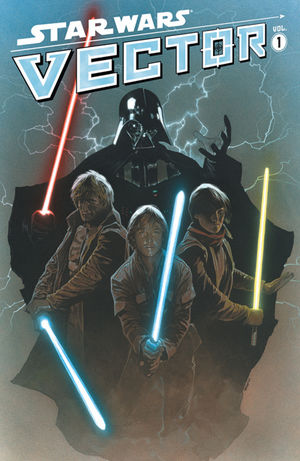 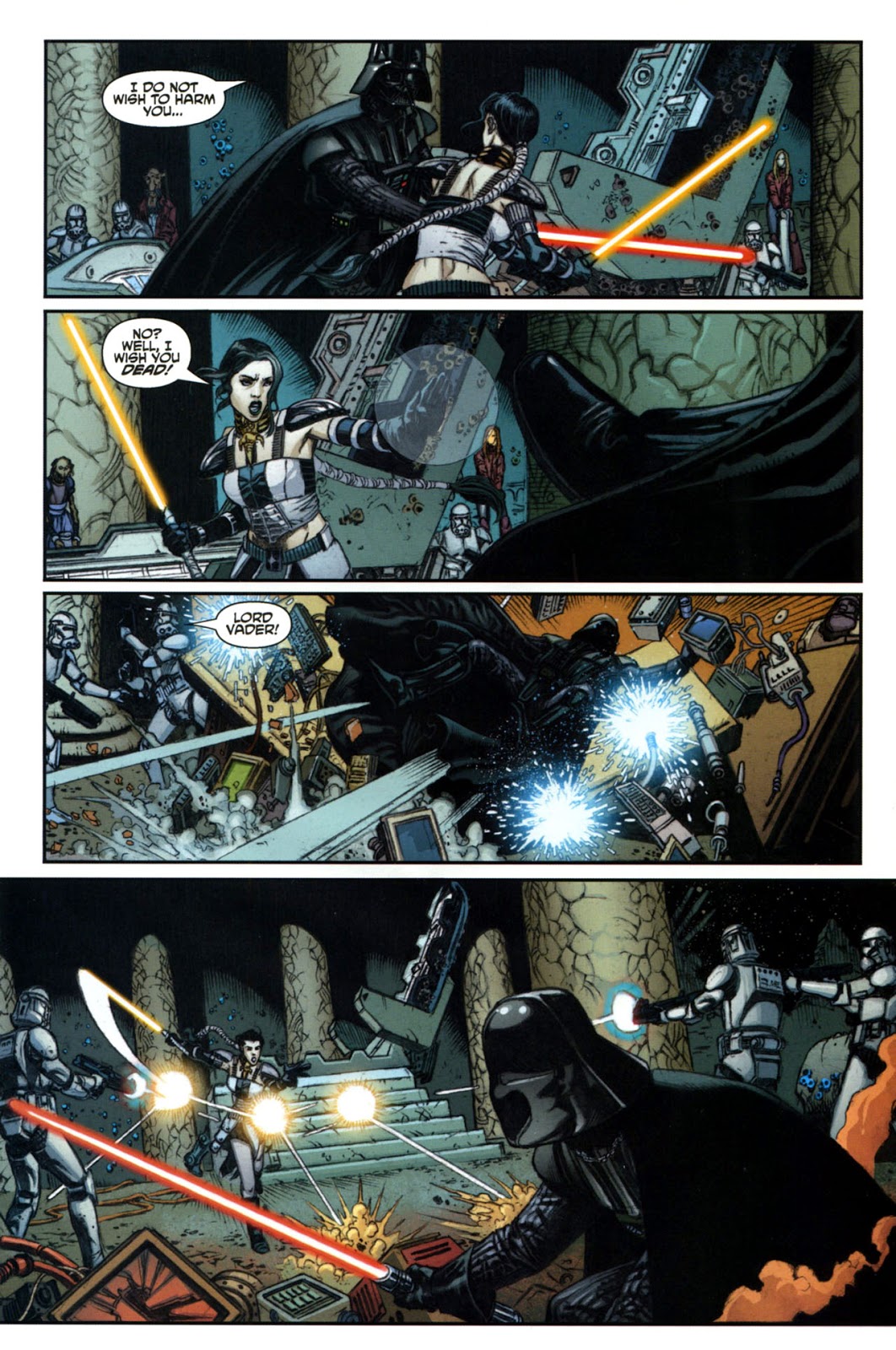 Vector was a commendably ambitious event that aimed to have single character make pivotal interventions across a vast period of the Star Wars timeline. Celeste Morne is introduced interacting with the cast of Knights of the Old Republic, and this first volume also relates her influence on Dark Times. The concluding volume relates her contributions to Rebellion and Legacy.

Events begin with the visions of Jedi seers on Coruscant. When analysed these relate to an ancient Sith artefact, the Muur Talisman, that some Jedi have previously sought. It’s believed to manipulate life, and the visions indicate its located on a planet called Taris, a planet plagued by mindless and aggressive creatures know as the Rakghoul whose bite or scratch transforms others to their species. The situation is complicated by Taris also being the location of a Jedi padawan named Zayne Carrick. A covert group of Jedi seers believe he will be responsible at some stage in the future for enabling the return of the Sith.

Jedi warrior Celeste Morne is sent to investigate Taris and retrieve the Muur Talisman, but difficulty is added to her task by Mandalorian intervention. She discovers exactly what the talisman’s purpose is along with what the Mandalorians plan. John Jackson Miller plots a high-octane space thriller, but the nervous, scheming interaction of some characters wears very thin indeed, irritating rather than amusing. Scott Hepburn’s art in places moves beyond cartoon-based to plain distortion, so this portion of the story isn’t anywhere near as compelling as it might have been given the plot.

By the time Morne re-appears in the Dark Times continuity four thousand years later much has changed. The Sith are establishing the Empire, and the Jedi are scattered. Writing as Mick Harrison, Randy Stradley’s manner of re-introducing Morne is well plotted, and she’s none too pleased to be faced with Darth Vader, playing his first major role in Dark Times. At two chapters this is a brief interlude well drawn by Douglas Wheatley and Dave Ross. Morne is accompanied by another, and the interaction between the two provides a compelling counterpoint to what is primarily one hell of a Jedi vs Sith fight leading to an impossible choice.

The crew of the Uhumele don’t escape from the adventure unscathed, and their journey continues in Blue Harvest, while the Knights of the Old Republic continue in Vindication.