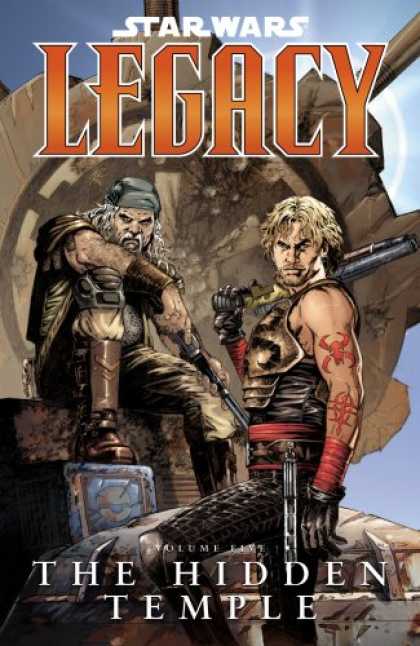 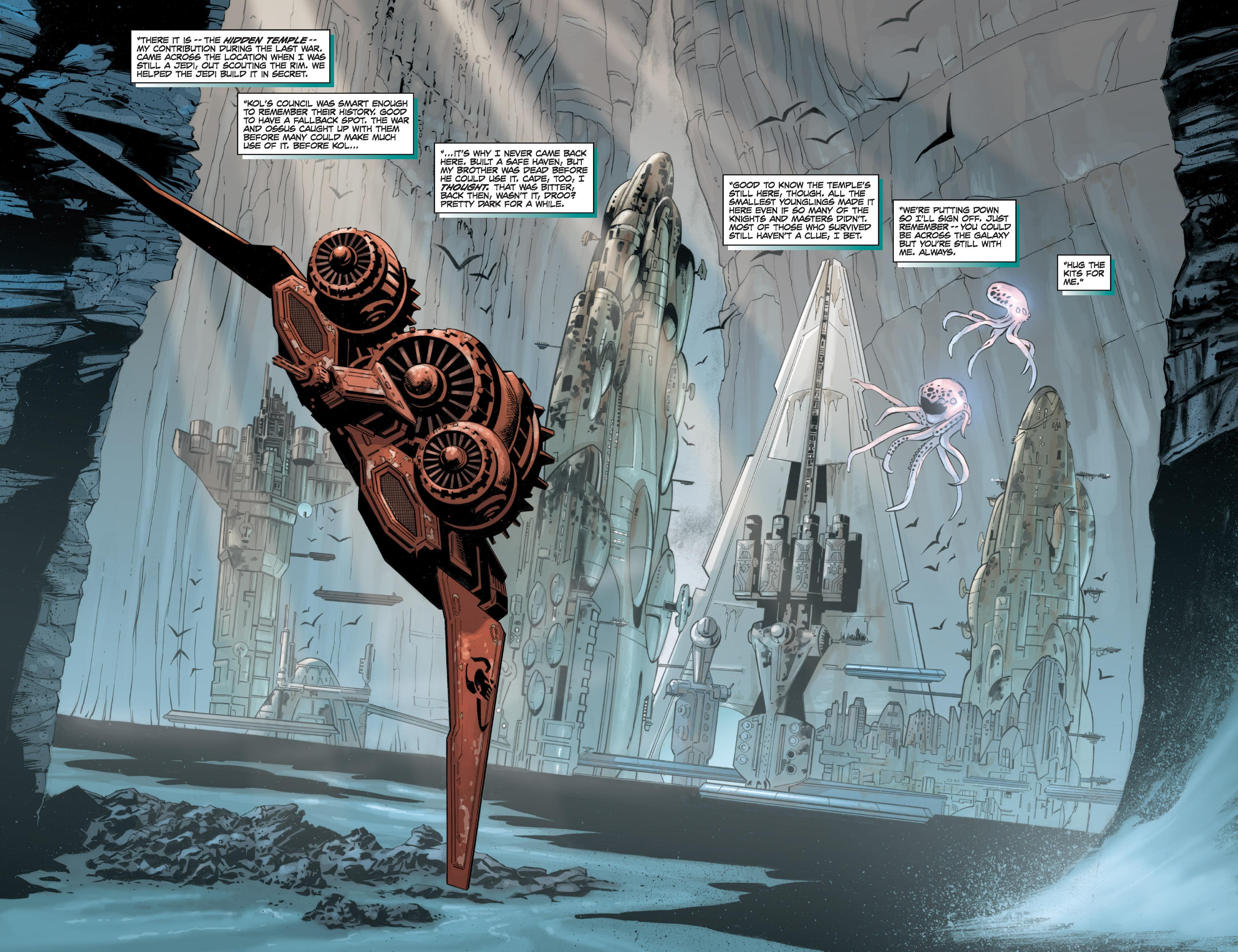 Every volume of Star Wars Legacy to date has been packed with political intrigue, action and tension, and if anything this is raised in The Hidden Temple, written by John Ostrander alone.

Cade Skywalker’s allies have changed with each passing book, and Claws of the Dragon saw him putting together a mixed crew, becoming quite the Han Solo in fact, and earning the undying emnity of the Empire’s new head. Among other priorities he’s investigating the truth of Morrigan Corde’s claim to be his mother. This was sidelined via his absence from Alliance, and other matters take precedence here, firstly ensuring the balance of power shifts between himself and former bounty hunter and current bar owner Rav. Of course, Rav is a devious liar who ranks self-interest as his God.

The Hidden Temple is far better for having Jan Duursema return to the art, although she receives no co-plotting credits as she has for previous volumes. There’s no lack of depth, though, as Cade and his allies reunite with the surviving Jedi to discuss an audacious plan that contradicts the Jedi code. There’s also the revelation of why Syn despises Jedi, and a few decisions taken with long-reaching consequences.

A wonder of Ostrander’s (and to this point Duursema’s) writing is the sheer amount of characters introduced, with so few of them merely one-story wonders. They’re pretty well all followed up at some stage. Here, for instance, is the return of a character not seen since the series opening chapter, and the cast expands again as we’re introduced to Cade’s relatives, including Uncle Skywalker.

There is no volume six of Star Wars Legacy, but the story continuity seeps into Star Wars: Vector volume two, where there are significant developments. The Hidden Temple is collected along with Alliance, Storms and the Vector chapters in the smaller format hardcover Star Wars Legacy Omnibus volume two, more recently reprinted as the second volume of Marvel’s Epic Collection: Star Wars Legends – Legacy. 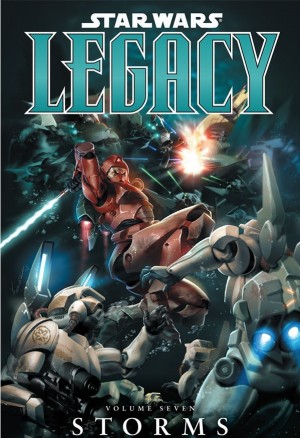 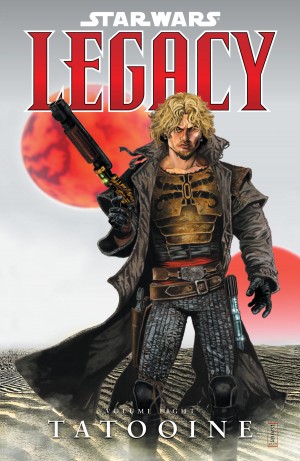 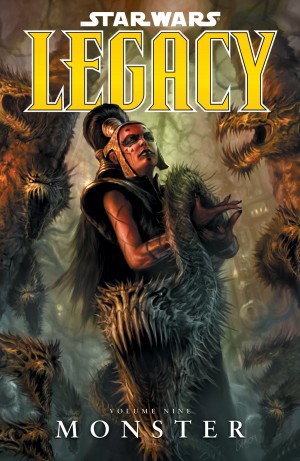 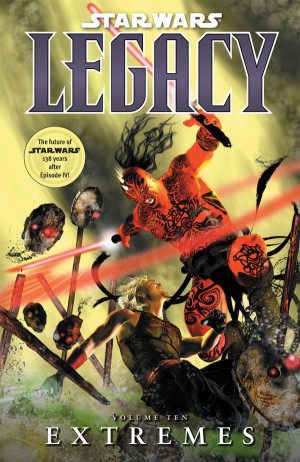