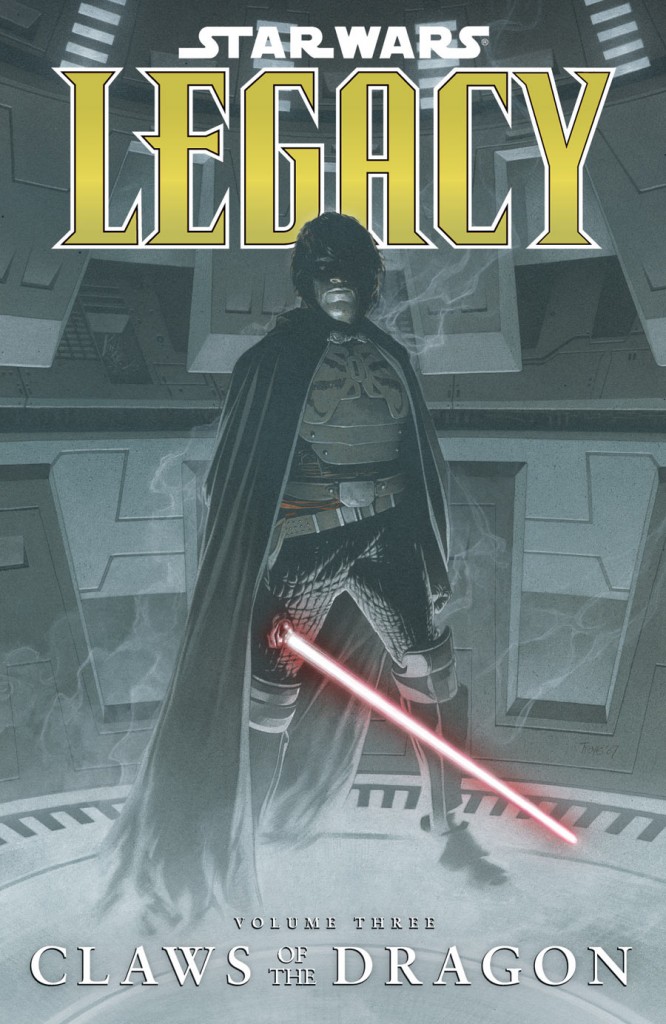 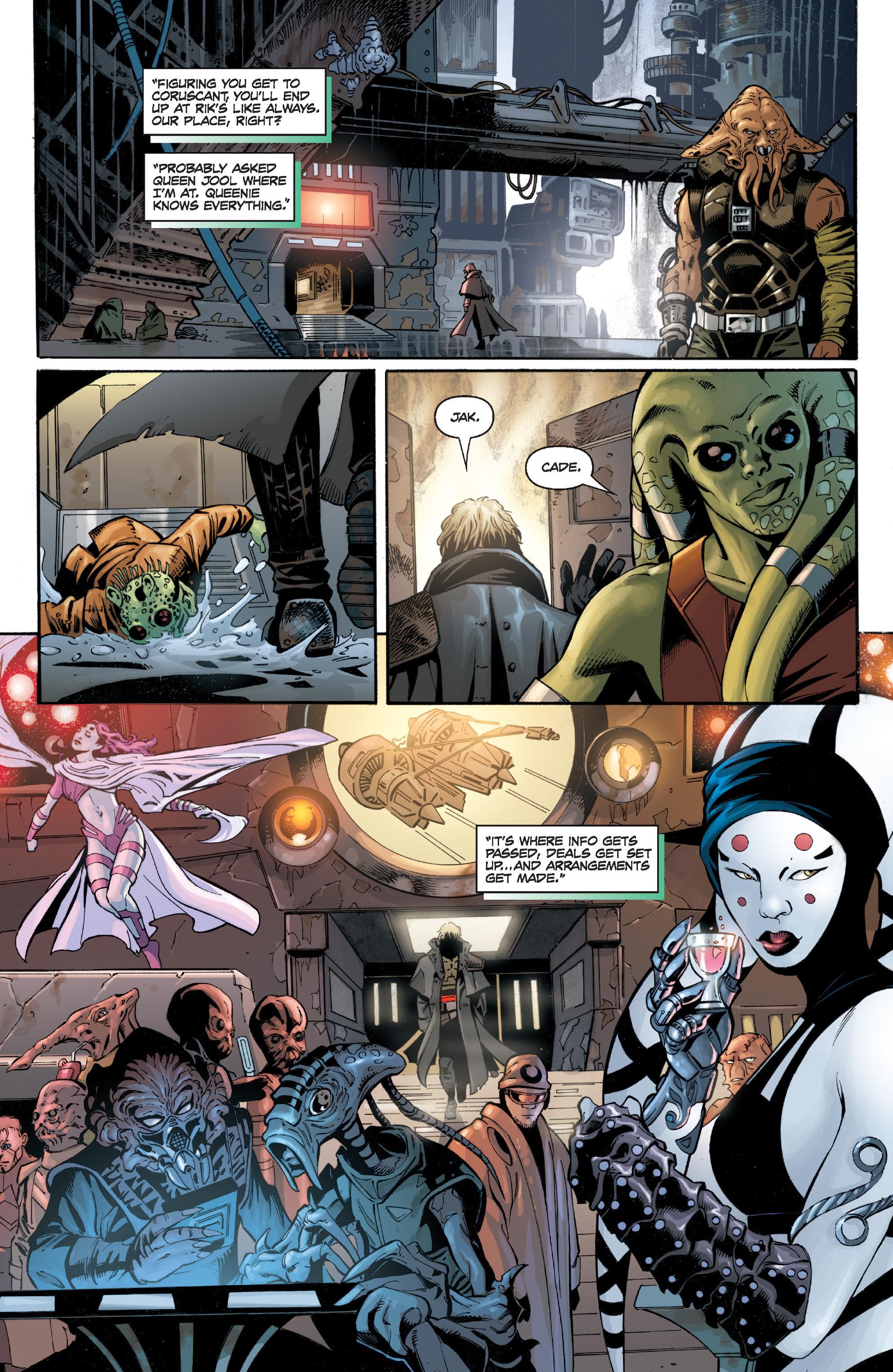 Shards ended with Cade Skywalker setting off on a mission. That takes him to a Sith infested planet where he intends to rectify a mistake he made by handing a Jedi over (in Broken) during his bounty hunting days. But what kind of adventure plot would it be if matters were sorted as simply as that?

One clever element is the manner in which plotters John Ostrander and Jan Duursema trade heavily on the Skywalker name. It instils definite expectations in the reading audience, yet this is not the ever-virtuous Luke Skywalker. Cade has issues, revealed in Shards, and considerable anger, which is always a way into the dark side of the force. For all the heritage of the name, there’s no way of knowing if Cade could be turned, or if he’d care that much if he were.

The ever-expanding cast take equal turns in the spotlight, and Ostrander and Duursema are adept at finding ways of also featuring the most popular characters from the films. A wookie has already been introduced, and Obi Wan Kenobi has a run-out midway through a volume that also reveals Darth Krayt’s history. There’s a personal and extremely pressing reason for Krayt to expend so many resources in tracking Cade down, and when the two meet it’s in unpredictable fashion.

In addition to playing with the toys already in the box, the writers introduce their own creative elements, such as Vong Bugs, controllable insects that can be fitted with micro-circuitry and sent to infiltrate pretty well any environment. Another is Morrigan Corde, resourceful assassin who allies herself with Cade’s former crew, revealing one of her secrets as a means of earning trust.

Duursema’s art is solid action storytelling with well-defined characters, in what, over six chapters, is the longest sequence in the Legacy run. It can also be found collected along with the previous volumes in Star Wars Legacy Omnibus volume one, more recently reprinted as volume one of Marvel’s Epic Collection: Star Wars Legends – Legacy. The story continues in Alliance, where it temporarily veers away from Cade and his crusade.