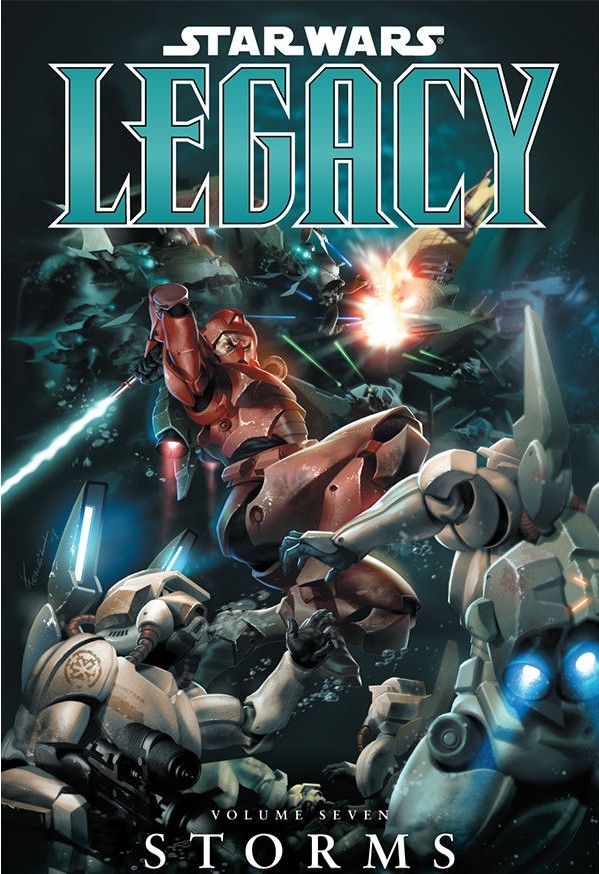 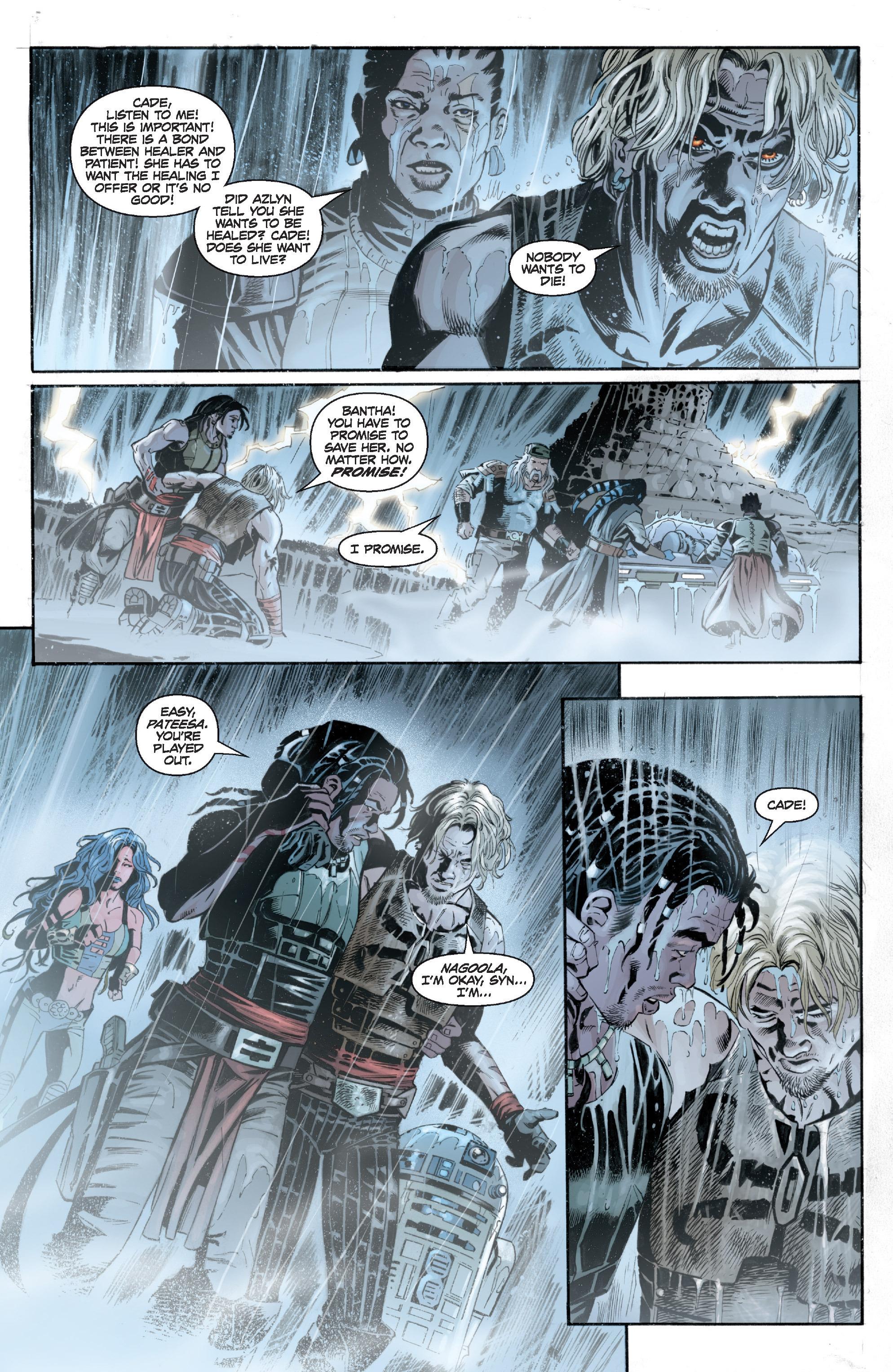 After the business of Star Wars: Vector volume two, Legacy fill-in artist of choice Omar Francia opens this volume with another story set on the Mon Calamari homeworld. The genocide ordered by Darth Krayt is still in effect, with devastating consequences. The Mon Calimari have a protector, but the Sith also have a terrifying predator at their disposal, one created before the solidification of the Sith culture thousands of years previously.

Writer John Ostrander has an obvious fondness for the Mon Calimari’s undersea culture, and what begins in ordinary fashion expands much in the manner of the threats involved. Ostrander provides a compelling political dimension to both components. He’s also very fond of Admiral Stazi, his character of choice for finely-plotted military strategy stories, and another of those closes the book, also illustrated by Francia, who’s in his element providing spectacular and frankly over-crowded scenes of space warfare.

The tale tests the patience of Stazi, whose forces have entered into an alliance with those of deposed Emperor Roan Fel. The Admiral representing Fel isn’t anyone Stazi would have chosen to serve with, a man whose methods he considers crude and needlessly vindictive. Ostrander delivers a tale about duty, power and expedience that’s surprisingly memorable.

Jan Duursema returns to both the art and co-plotting with the book’s title story, also told over two chapters. It directly follows from the events of Vector volume two with Cade and crew heading back to base and urgently needing to deal with the fallout of Vector. Those events left one cast member dead and another fighting for their life. Cade’s healing power works overtime, but there are concerns that more frequently he uses it, the likelier it is that he’ll turn to the dark side.

The fallout provides two compelling character-based conflicts, with Cade proving once again that he’s not your father’s Skywalker. It’s a skilfully written piece where the plot squirms. Cade may be a self-pitying whiner at times, but he’s also been proved right as far as the bigger picture is concerned. The conclusion sees him having outstayed his welcome and shooting off into the sunset with his crew reduced to Blue and Syn, the pair with whom he began the series.

The next volume is titled Tatooine, with all the evocation that instils. Storms is collected along with Alliance, Hidden Temple and the Legacy chapters of Vector in the Star Wars Legacy Omnibus volume two, more recently reprinted as the second volume of Marvel’s Epic Collection: Star Wars Legends – Legacy.