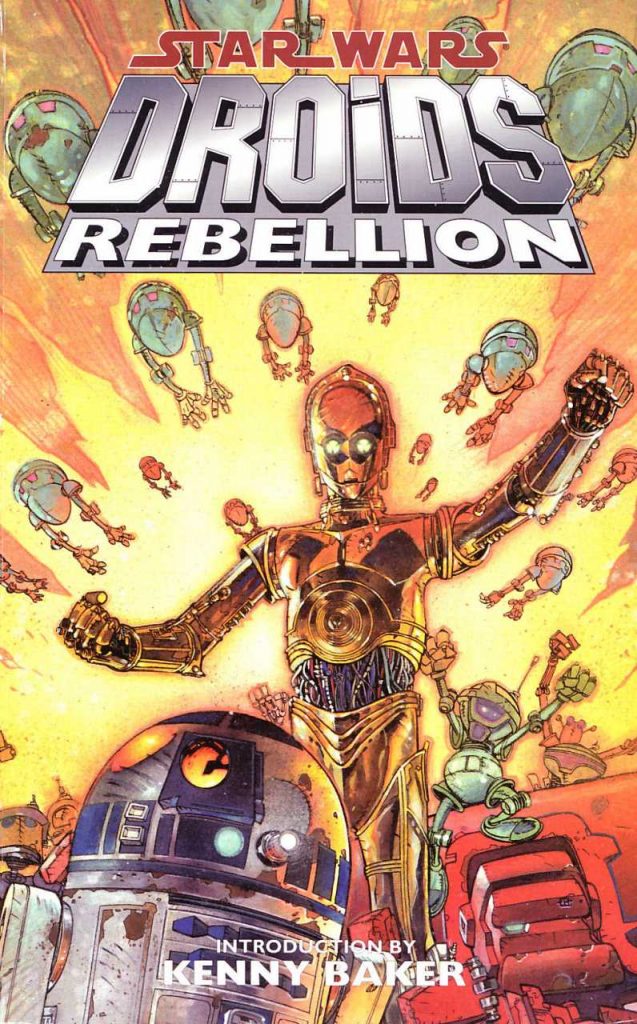 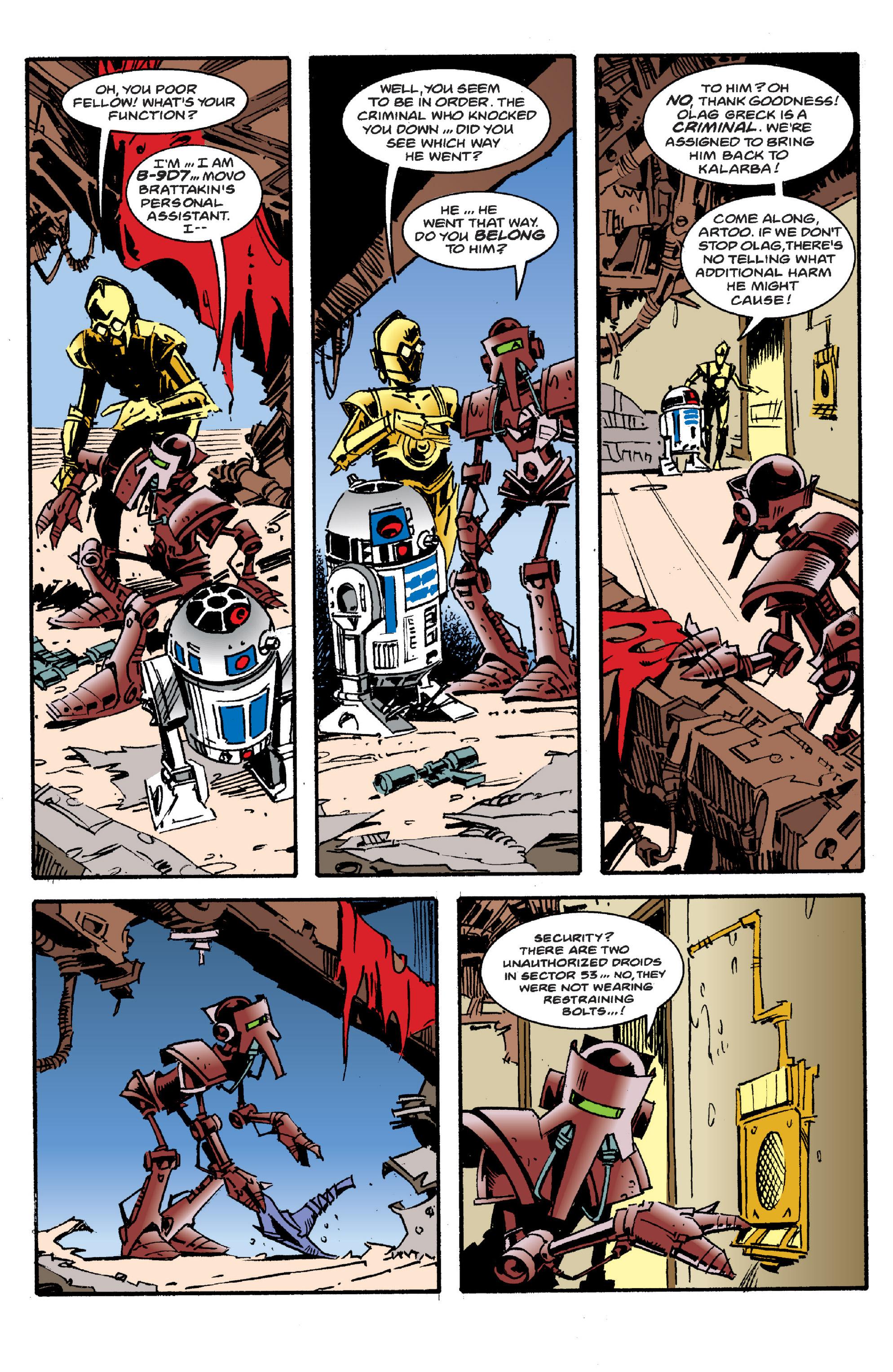 All round scoundrel Olag Greck has fled to another system, and because they’re familiar with him C-3PO and R2D2 have been deputised to apprehend him alongside a police droid. Needless to say, matters don’t proceed to plan.

It might have been thought that the villains from The Kalarba Adventures outlived their welcome, but Rebellion proves all that was needed was a more imaginative writer. Ryder Windham contributed a short chapter to the previous book that didn’t really stand out, but his individual touch is demonstrated by a great few opening pages to the second chapter, looking in on all main cast members as a service droid is the main focus. His bigger plot ties into the title, and is cleverly rolled out. It also has the benefit of Ian Gibson as sole artist. His years of experience creating eccentric robots during the early days of 2000AD show in his designs, and he’s great at providing personality to the robots. He also applies an effective redesign to Forno, the pirate seen in the previous book, giving her a stylistic individuality. He’s helped by Windham tailoring the plot to his strengths, with some similarities to the robot rebellion in Robo-Hunter: Day of the Droids. It’s also a plot that switches C-3PO from a timid worrier into a master motivator, if only temporarily, and gives R2D2 a more suitable role.

Rebellion is much more fun than the previous Droids outing, and quality counts over quantity, so don’t worry that this collection is considerably shorter. As an alternative, this is collected with The Kalarba Adventures and the following Season of Revolt in both the Droids Omnibus and Marvel Epic Collection: Star Wars Legends – The Empire Vol. 5.