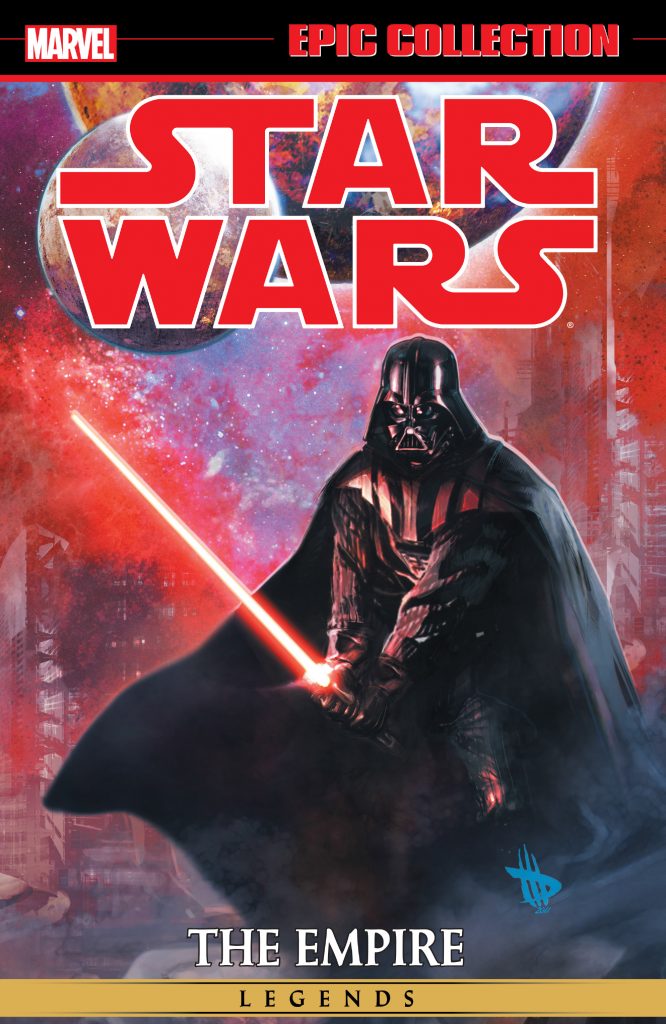 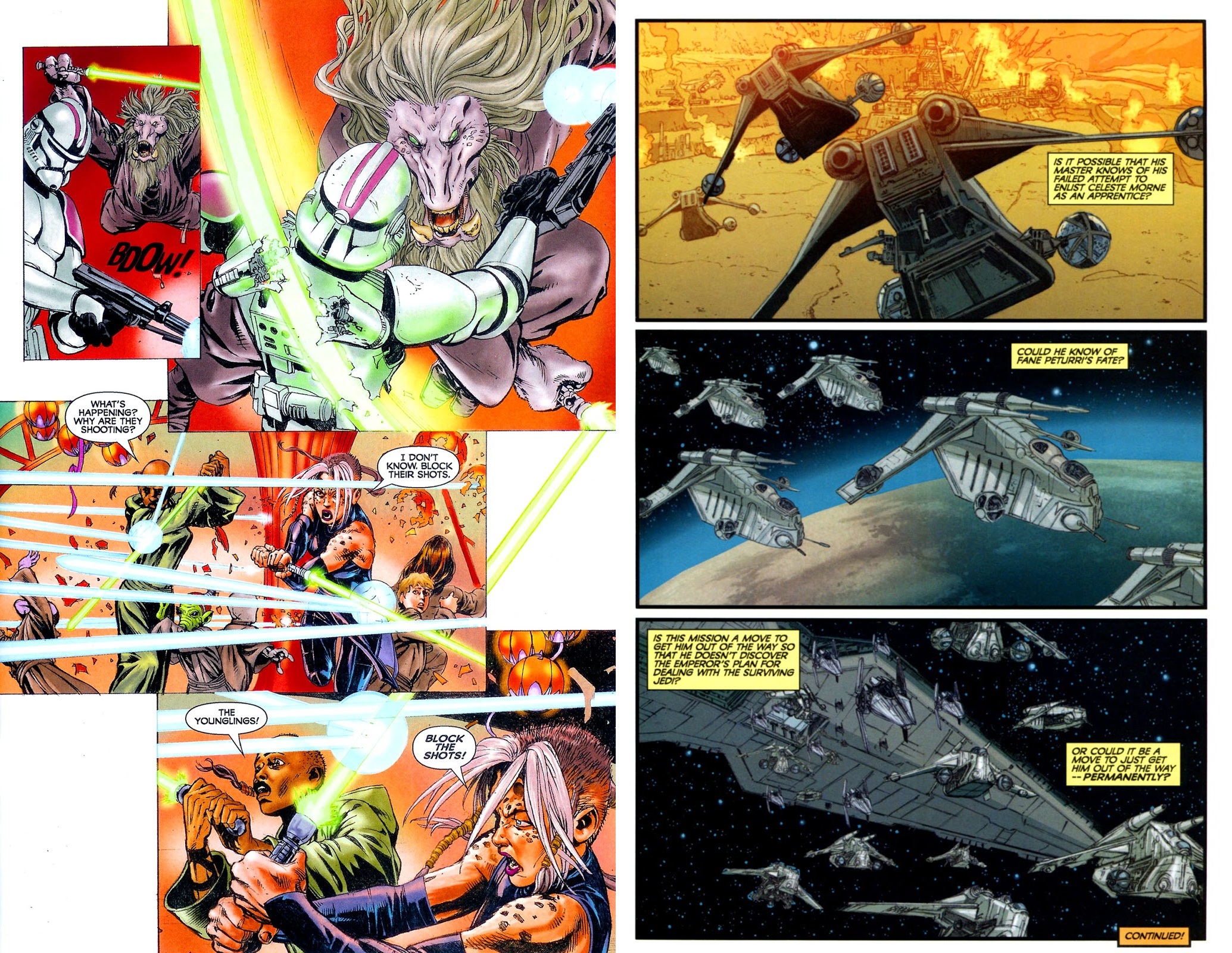 This second bulky Epic Collection focussing on the Empire era of Star Wars continuity concerns itself exclusively with the Dark Times series.

Writing as Mick Harrison, Randy Stradley presents two lead characters making their way across a universe now firmly under the control of Emperor Palpatine and his henchmen. All Jedi are on the run, among them Dass Jennir, reduced to taking on missions for payment and using his skills sparingly lest he be discovered. He’s also compromised, having found no solution other than murder when confronted with the person who’d sold his best friend’s wife into slavery. That best friend is Bomo Greenbark, a Nosaurian, and Empire Vol. 1 showed how the pair were separated. Stradley’s approach is to write consecutive story arcs concentrating on each in turn, with Darth Vader also playing a part. Jennir is the conventional hero figure, tough and resourceful, while the small Bomo has to be more circumspect about how he goes about things.

Beyond a very rare use of flashbacks, Stradley’s writing is exclusively linear, which has its pluses and minuses. On the positive side, the characters are always moving forward, uninterrupted by foreshadowing, but this method also means people are either missing in action until needed again (Darth Vader), or seen for pages at a time serving no specific purpose. This is the fate of the Uhumele crew early in the collection, when they’re required for later events. Neither is Stradley one for any great surprises. Jannir may have moved on when the Uhumele crew turn up, but there are no jaw-dropping moments.

Artistically there can surely be few complaints. Lui Antonio’s work falls well below the quality threshold set by David Ross, never mind Douglas Wheatley’s extraordinary work, but otherwise every episode is well drawn. Wheatley (sample right) is the star turn, his pseudo-realistic take on the cast coupled with interesting layouts, and a joy in detail. He not only convinces with Jannir as a slightly older than usual action hero, maybe the Liam Neeson type, but gives the alien beings a sense of life. On Wheatley’s pages they exist as normal as they do in the movies. Ross is also very good working in a naturalistic style, and must have cursed on seing the detail on costumes bequeathed by Wheatley’s earlier work, but maintains the look.

As the story continues Vader sets his sights on Jannir, while someone else is murdering people who might be able to help Vader. There are ups and downs, but Stradley squarely captures the Star Wars adventure mood, and this collection has far more enjoyable moments than not.

If you’d prefer to dip your toes in regarding Star Wars: Dark Times, the individual volumes collected here can be bought as used copies easily enough. Look for Parallels, Blue Harvest, and Out of the Wilderness, along with volume one of Star Wars: Vectors. The Dark Times stories conclude in Legends: The Empire Vol. 3.