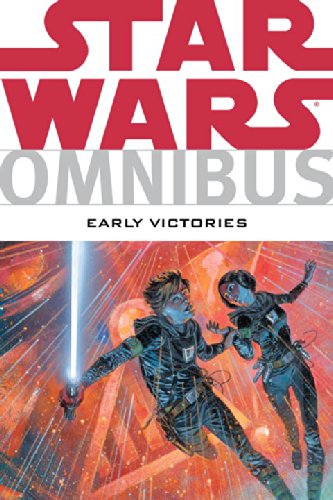 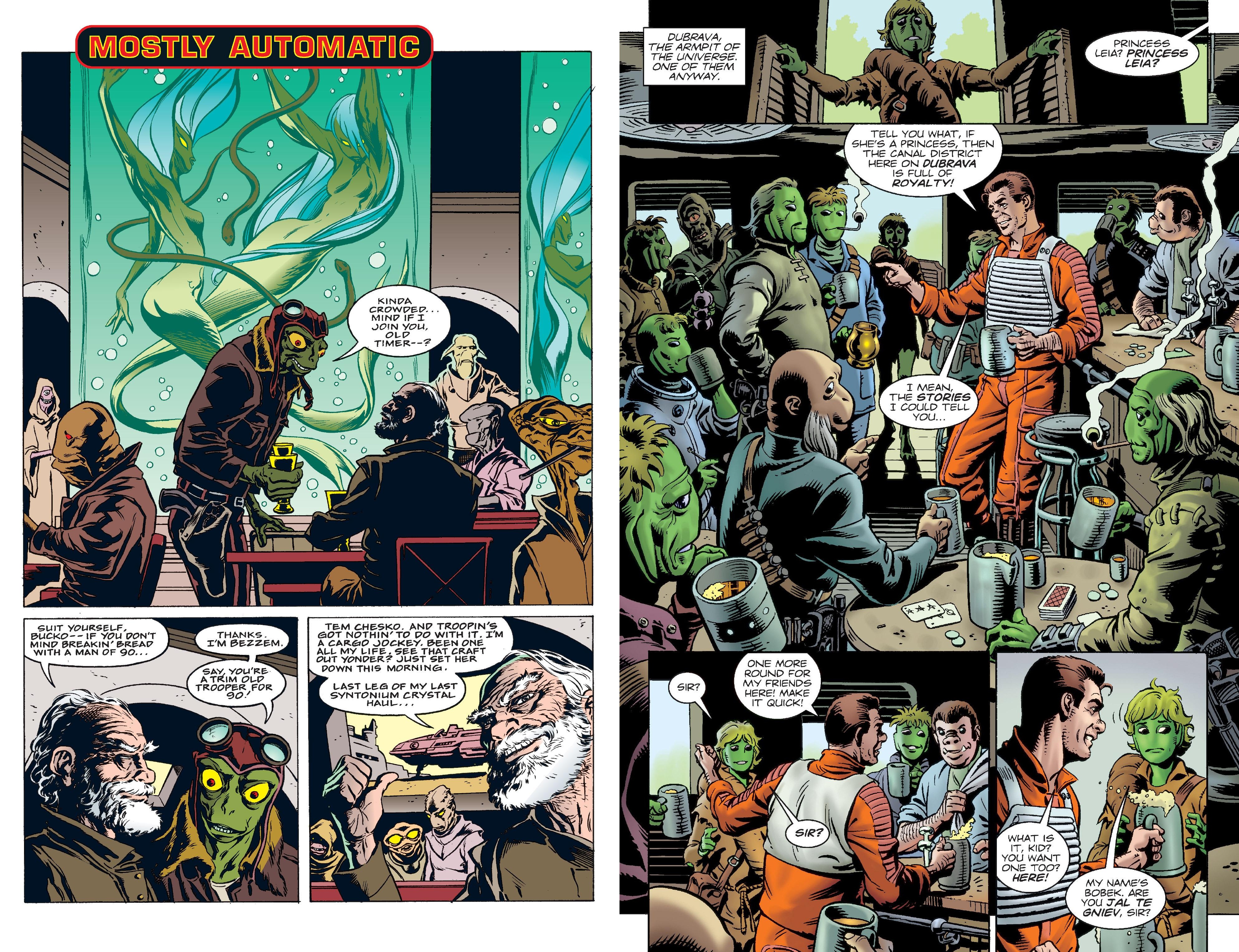 A short review of Early Victories is that it’s a value for money collection of some fine artists working on Star Wars material long out of print in other forms, and including some stories never collected in paperbacks.

June Brigman, Dave Gibbons (sample art right) and Chris Sprouse draw the longer stories once available as paperbacks titled River of Chaos, Vader’s Quest and Splinter of the Mind’s Eye respectively, with more detailed reviews available by following the links. It’s Brigman and Louise Simonson that provide the best combination overall, with a clever plot that on several occasions appears to be heading into predictable territory only to wrong foot readers, and they sustain a tension throughout with Leia as the primary character. The elegance of Gibbons’ art would have been better served on a less predictable and more convincing plot than provided by Darko Macan, with Darth Vader not featuring as much as the title might suggest. Luke is the primary character here. Luke and Leia together feature in Terry Austin’s adaptation of Alan Dean Foster’s Star Wars novel, slightly modified to remove inconsistent plot elements featuring before rigid continuity was established. It’s enjoyable romp that most strongly channels the original adventure reels that inspired the Star Wars movies.

Two stories not previously seen in books complete the Omnibus. In ‘Shadow Stalker’ Ryder Windham and Nick Choles focus on Jix, one-time trainer of Storm Troopers, who has a chequered past with Darth Vader. At this point he’s pledged servitude, and is sent to carry out an assassination on Vader’s behalf, but in a manner guaranteeing the Rebels are accused. Windham’s plot ensures it’s more complicated than that in a spirited story maintaining the essential secrets to the end. Choles has good sense of design, but his figurework’s suspect.

Mos Eisley is the villain’s hideout of choice in the Star Wars universe, a planet where even troopers tread very carefully, and under Bruce Jones the local bar is where people with a story to tell sit down and pass it on. Jones supplies three, drawn by Bret Blevins (sample art left). A mercenary named Garve takes a job for the Empire, deposited on a remote planet with very specific instructions to avoid the fog and stay indoors at night. We then hear the story of 90 year old Tem Chesko and his life’s mission, and then one of a hunter and a strange paradox, which is the weakest of the three. Garve’s is dark, particularly a revelation of the Empire’s use for the planet he’s on, but Chesko’s is the better for having a greater element of humanity about it as a strange, co-dependent relationship develops in isolated circumstances. All three work to surprise Twilight Zone endings, but these are unnecessary, as the plots are strong enough to incorporate more natural conclusions.

At the prices now being asked for used copies Early Victories is worth buying for the art alone, but the quality of the stories is inconsistent. Marvel now hold the Star Wars licence, but to date have only released a digital version of Early Victories.