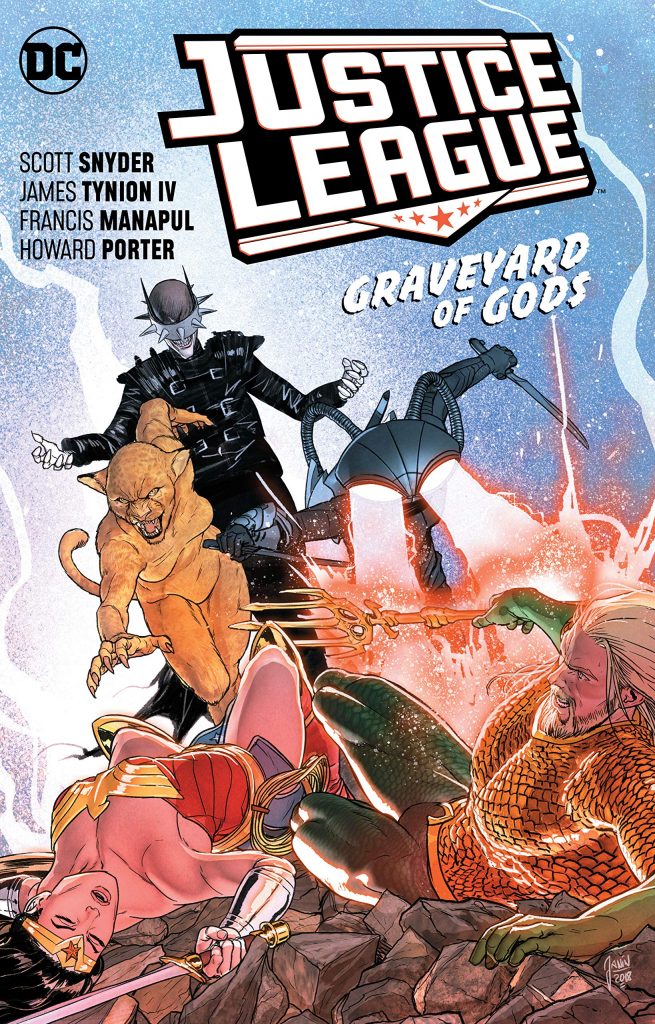 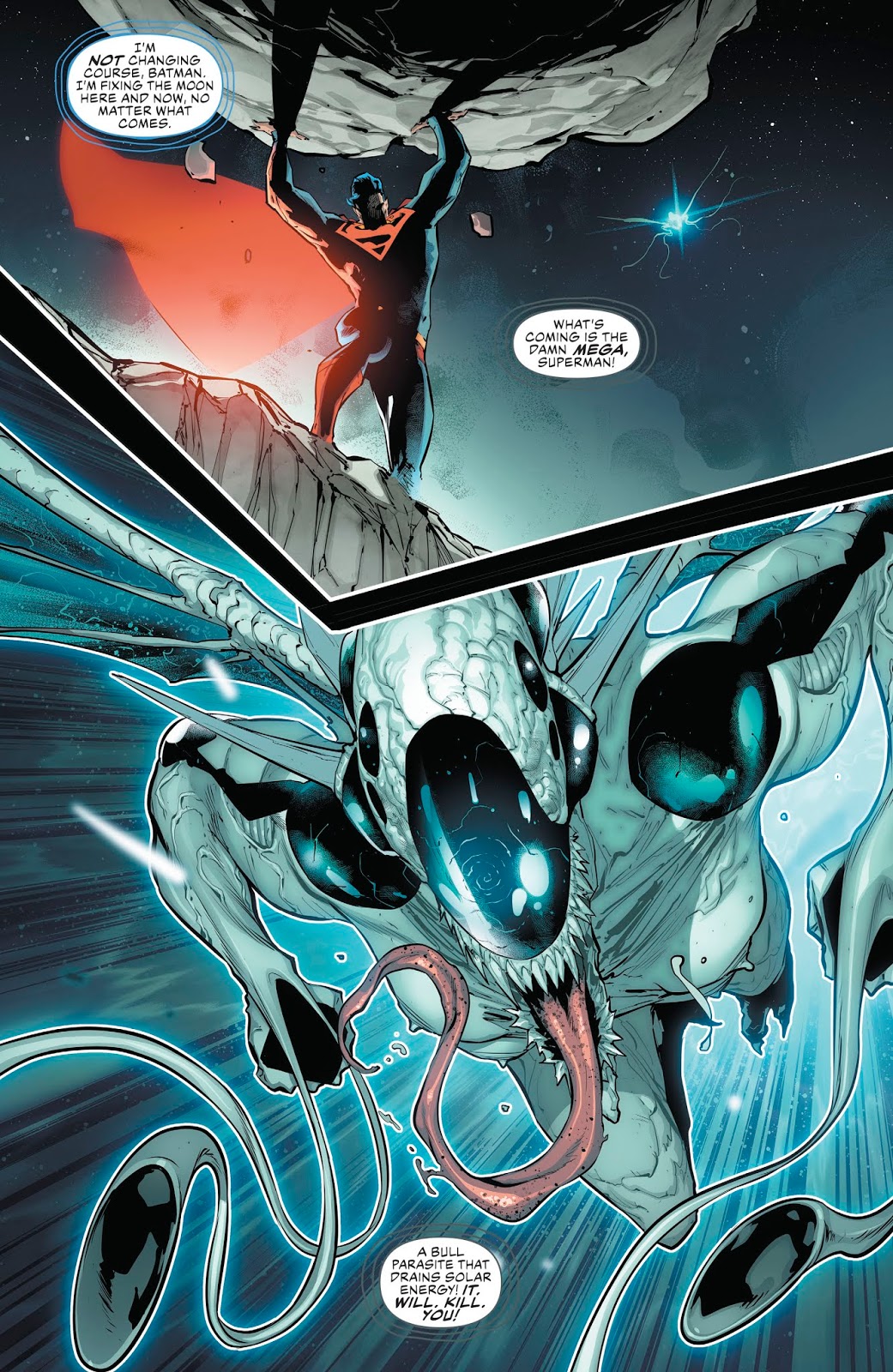 Graveyard of Gods is a hodgepoge collection designed to further infuriate anyone who considered The Totality as the Emperor’s new clothes. It starts with two chapters of Snyder’s ongoing long-form Justice League epic, then heads into a crossover with Aquaman. The chapters here don’t tell the entire story, for which you’ll have to buy Justice League/Aquaman: Drowned Earth, while that’s missing the two opening chapters of this volume, one of which is by Snyder’s occasional collaborator James Tynion IV. Is it any wonder superhero publishers are losing sales when they treat their buyers so contemptuously? Do they not see that the least likely outcome is readers will cheerfully snap up both books? Far more likely is they’ll pick up one, be frustrated, then head to an online site where digital comics are readily available to catch up with the remainder of the story, and a percentage of them won’t bother buying the comics or graphic novels in the future. What an insane business model.

That out of your reviewer’s system, the opening chapter works far better than most of the previous book. It adds the Batman who Laughs from Dark Nights: Metal to Luthor’s cabal of villains, and Tynion proves far more capable of at least explaining what’s going on than Snyder was over the entire first volume. Better still, he achieves it during a conversation between Luthor and the Batman who Laughs, although he doesn’t laugh much based on this evidence, which offers considerable insight into Luthor. Snyder’s chapter also improves on the first volume by providing some down time and character interaction that’s not based on desperation, as we see how the members have arranged their living quarters, or “domains” in the new JL Hall of Justice.

The collection’s title comes from the crossover story, in which Aquaman, Firestorm and Wonder Woman investigate what’s become of sea god Poseidon, who readers see murdered by Black Manta and Cheetah. It leads into what’s then a largely self-contained disaster story on an almost unimaginable scale. The three chapters provided here are the start, middle and penultimate episodes, so don’t present a very coherent read when separated from the remainder. The Legion of Doom feature more heavily than in the chapters not collected here, and the consequences of their machinations play out in Hawkworld.

Were it not for the clarity provided by Tynion’s opening chapter, it might be said that this collection could be avoided entirely if all you’re interested in is Snyder’s bigger story. Seeing as DC don’t give a toss about screwing every last dollar out of readers buying their product legitimately, why not just find Justice League 8 online somewhere? Or if that’s ethically repugnant, the original comic is surely easily located. Alternatively, when this content is collected along with The Totality in hardback as The Justice League by Scott Snyder Book One, it beefs up the ‘Drowned Earth’ story by including two chapters absent here, and the whole thing makes a lot more sense.