Justice League by Scott Snyder Book One: The Deluxe Editon 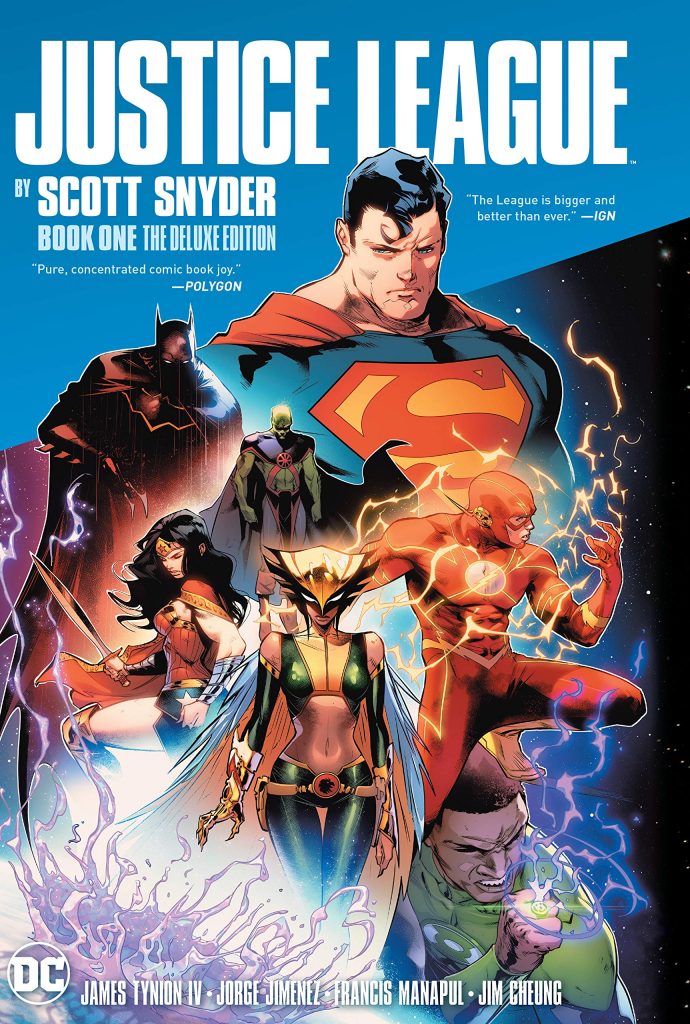 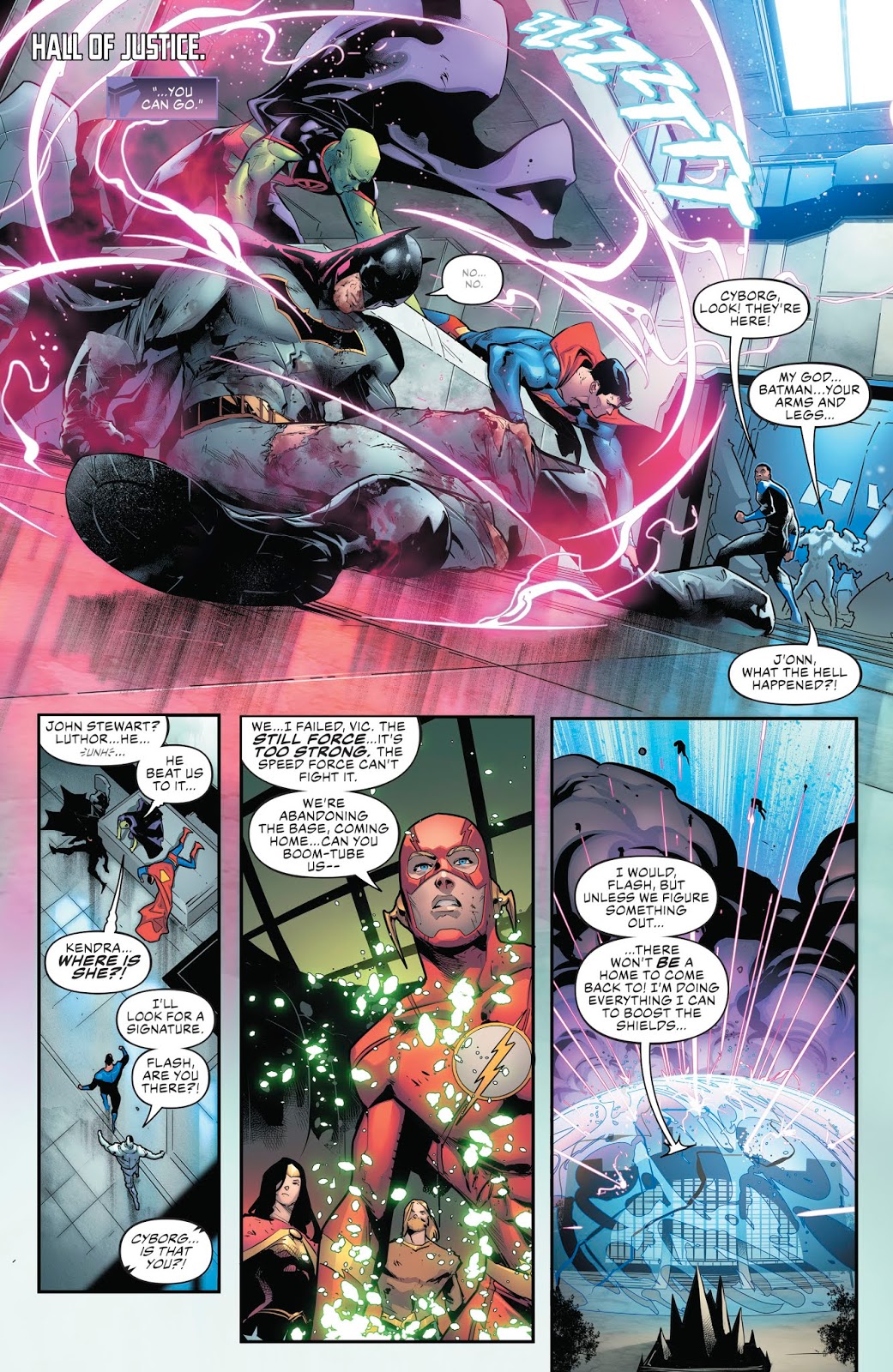 Scott Snyder’s vision for the Justice League is one of a single continuous long-form journey over a few dozen chapters, allowing for diversions along the way. It’s ambitious, and enables a greater concentration on the villains and their plotting and motivations than would normally be the case. They’re gathered by Lex Luthor, one arch-foe of each of the core six Justice League members. Luthor is actually a step ahead of the Justice League in being aware an opportunity has arisen because previously trapped ancient forces have once again been loosed in the universe.

One of them, the Totality, occupies the first half of this collection, and the lack of coherency is stunning. Narrative tension is frequently set by not revealing everything at once, yet Snyder reveals barely anything amid seven chapters of Justice League members rushing around from one Earth-shattering threat to another dropping all sorts of technobabble. We’re given to understood the dropped terms are important because the Justice League or Luthor’s Legion of Doom say so, and when something’s considered to be one of the seven forces of the universe it automatically has a gravitas. However, scratch even slightly below the sound and fury and there’s absolutely no substance. Don’t know much about the Justice League members? You’ll get no explanation here other than abstract comments about something in their past that’s given no context. For seven chapters the only definition of personality is via desperation, gloating and self-pity. You can be frustrated far more cheaply by buying The Totality instead.

After that, fill-in writer James Tynion takes pity on the audience and supplies a single chapter conversation between Luthor and the Batman from Dark Nights: Metal that actually provides some explanations. It’s also a good insight into Luthor.

The remainder of the book is ‘Drowned Earth’, here presented in a cohesive form absent from its inclusion in the paperback Graveyard of Gods. It’s not every chapter from the Drowned Earth collection, but it’s every chapter that counts. Epic fatigue may set in, though, as humanity is once again threatened by a seemingly unstoppable alien force that devastates the planet. Accept that, and it’s a decent enough outing with a really surprising ending.

Jorge Jimenez (sample art) draws the largest amount of pages here, all on the opening story. He has an action vision that gels when just looking at a single page, but telling a story clearly isn’t a priority and it’s often difficult to make out what’s happening. The other artists used could all provide lessons in that respect, ranging from the static precision of Mikel Janín to the glossy appeal of Jim Cheung. Frazer Irving stands out for attempting a form of stark grandeur more dependent on single heroic images.

As might be expected from a large format hardcover containing fifteen chapters, this isn’t a cheap book, even when discounted, and the content frankly isn’t worth the price. Including ‘Drowned Earth’ chapters unavailable in the paperback collection restores some coherency to that story, but while quality ocasionally hovers above average, a fair amount is poor. Book Two, however, picks up some slack. 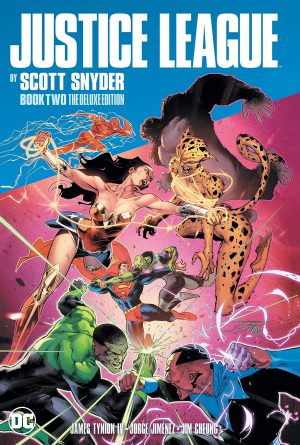 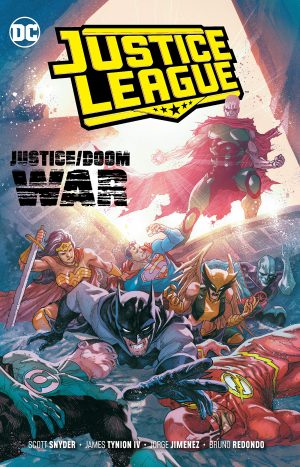 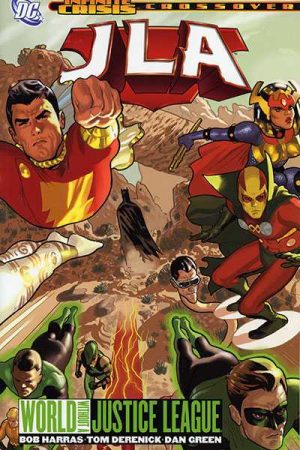 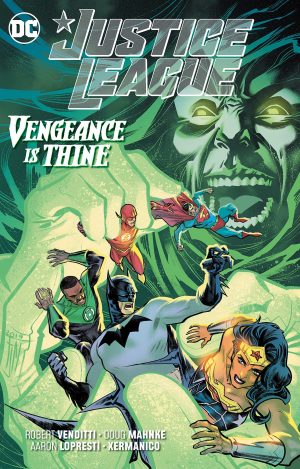