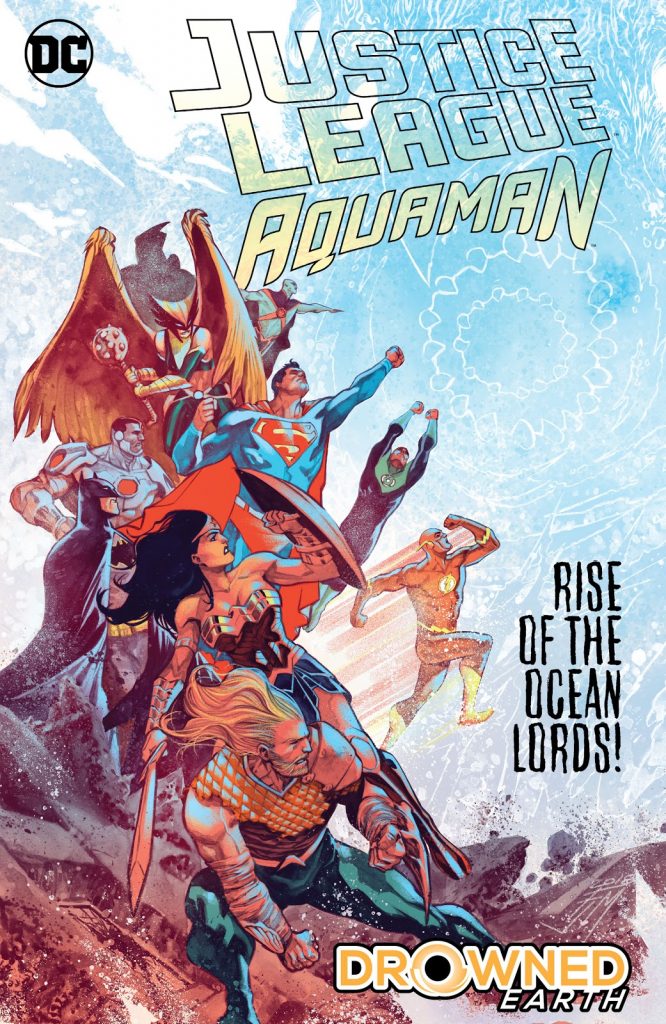 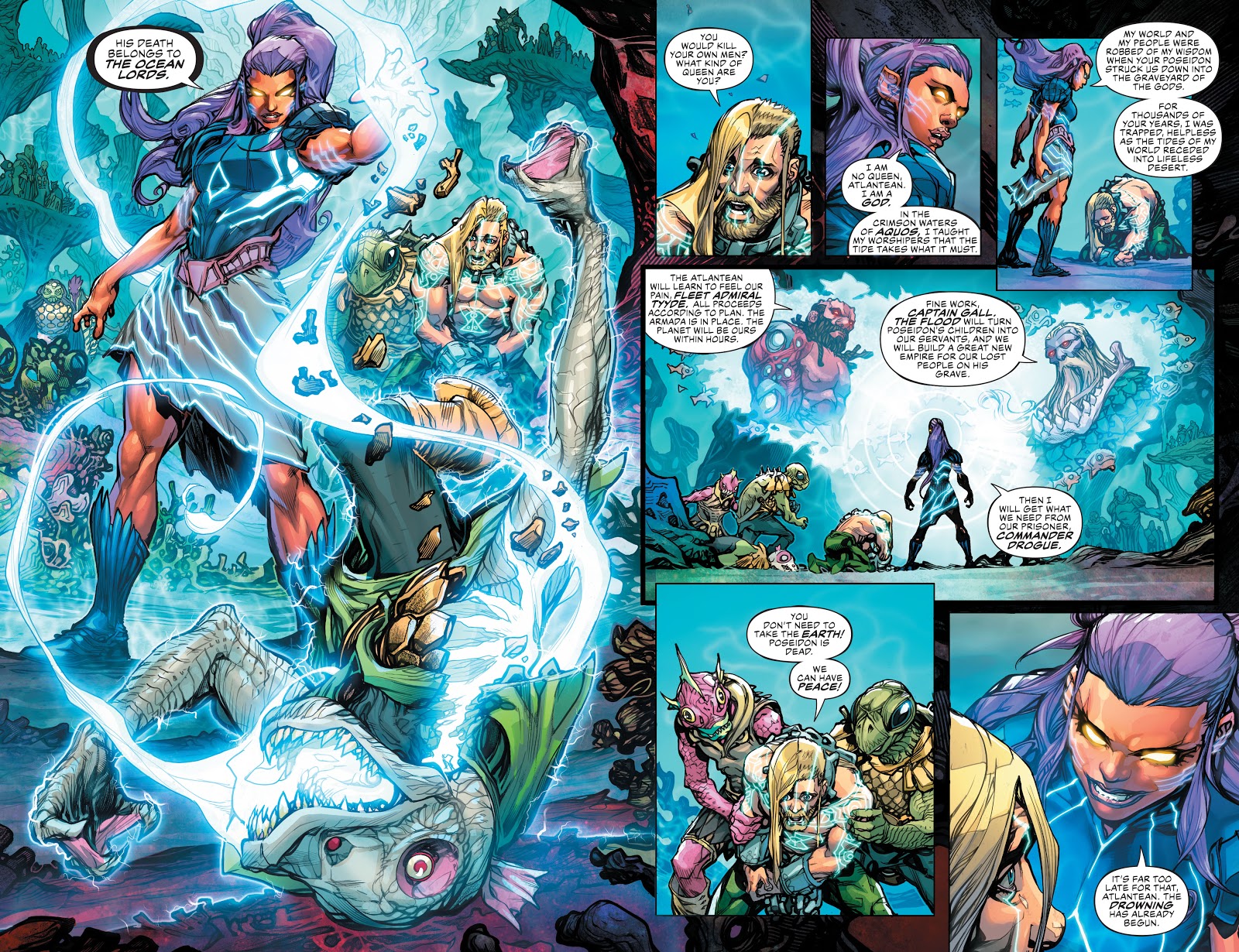 Drowned Earth concerns alien marine gods who attempted to invade Earth centuries ago returning for another try, except this time there’s no-one with the magical learning able to repel them. Over three busy opening chapters feeding in the involvement of the Justice League, Mera and Atlantis, and the Titans, we see the effects of their causing the oceans to rise, one of which is any human the waters touch being transformed into a feral aquatic creature. Howard Porter’s sample spread gives an idea of their mood and intentions.

Porter is one of seven artists featured, producing clever design-led pages for the longest chapter where the scale of the problem impacts on the united heroes. The tour around different locations provides an immensity as the heroes are involved in firefighting, while at this stage the threat above them seems invincible. The other artists employ a broadly similar superhero style, some slightly better than others with Bruno Redondo’s clarity the most impressive of those taking that approach. Only Frazer Irving’s pages really stand out, though. It’s not traditional storytelling, but a series of iconic, misty images stick in the memory.

Much of what happens ties into the Atlantis of old, when Arion ruled, and Atlantean sorcery was far more prevalent, but the need to service the wider continuity of both Aquaman and the Justice League’s titles provides for a jerky read. Dan Abnett and Lan Medina’s solo interlude for Aquaman remembering who he is toward the end is a blatant piece of water treading, the smug Legion of Doom are tiresome, and the Titans are completely lost in the mix. The better aspects are the friendship between Aquaman and Wonder Woman, the threats the alien gods can call on, the irredeemable power lust of Black Manta, and a genuinely surprising ending. It’s a little heavy on the melodrama, but one most readers won’t see coming.

As an individual graphic novel Drowned Earth does its job of providing a thrilling superhero story with clever twists. However, in terms of the universe connecting their superhero titles DC want to promote, it’s problematical. It seems every other month there’s something invading Earth, be it from space, another dimension or magical means. These intrusions cause structural disaster on an unimaginable scale, and in this case a fair portion of humanity is additionally transformed, yet when all is done and dusted, there’s a shrug of the shoulders and on to the next crisis. It’s barely credible and it induces event fatigue. 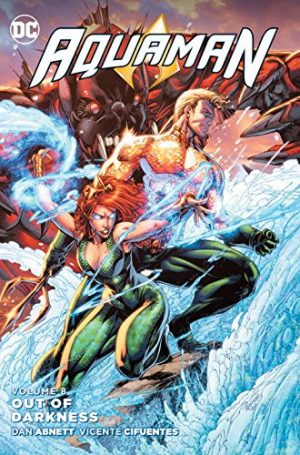