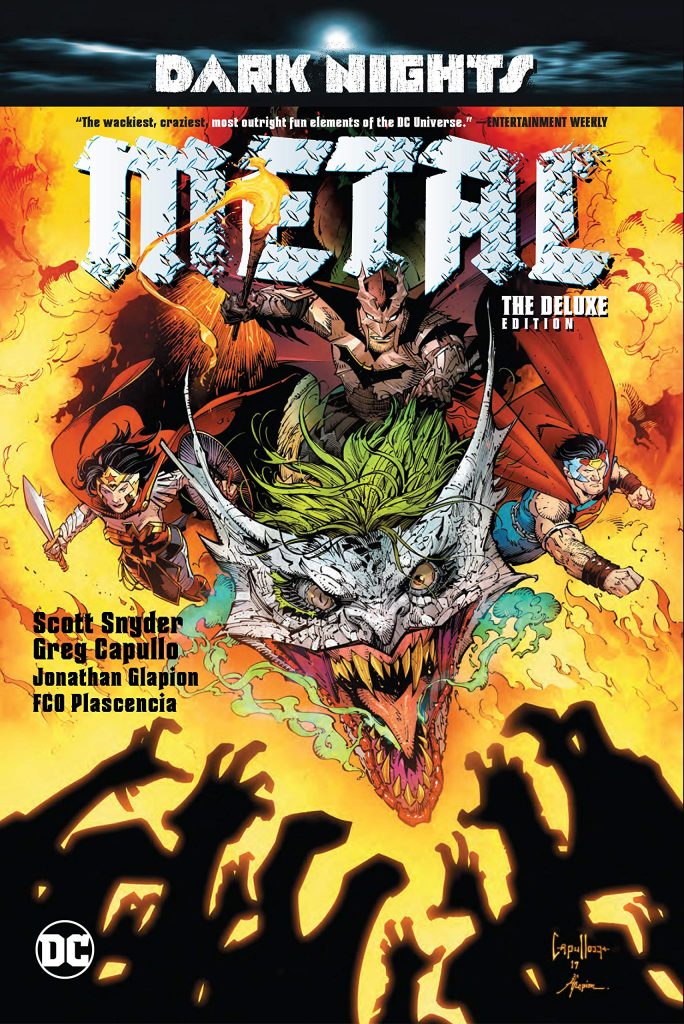 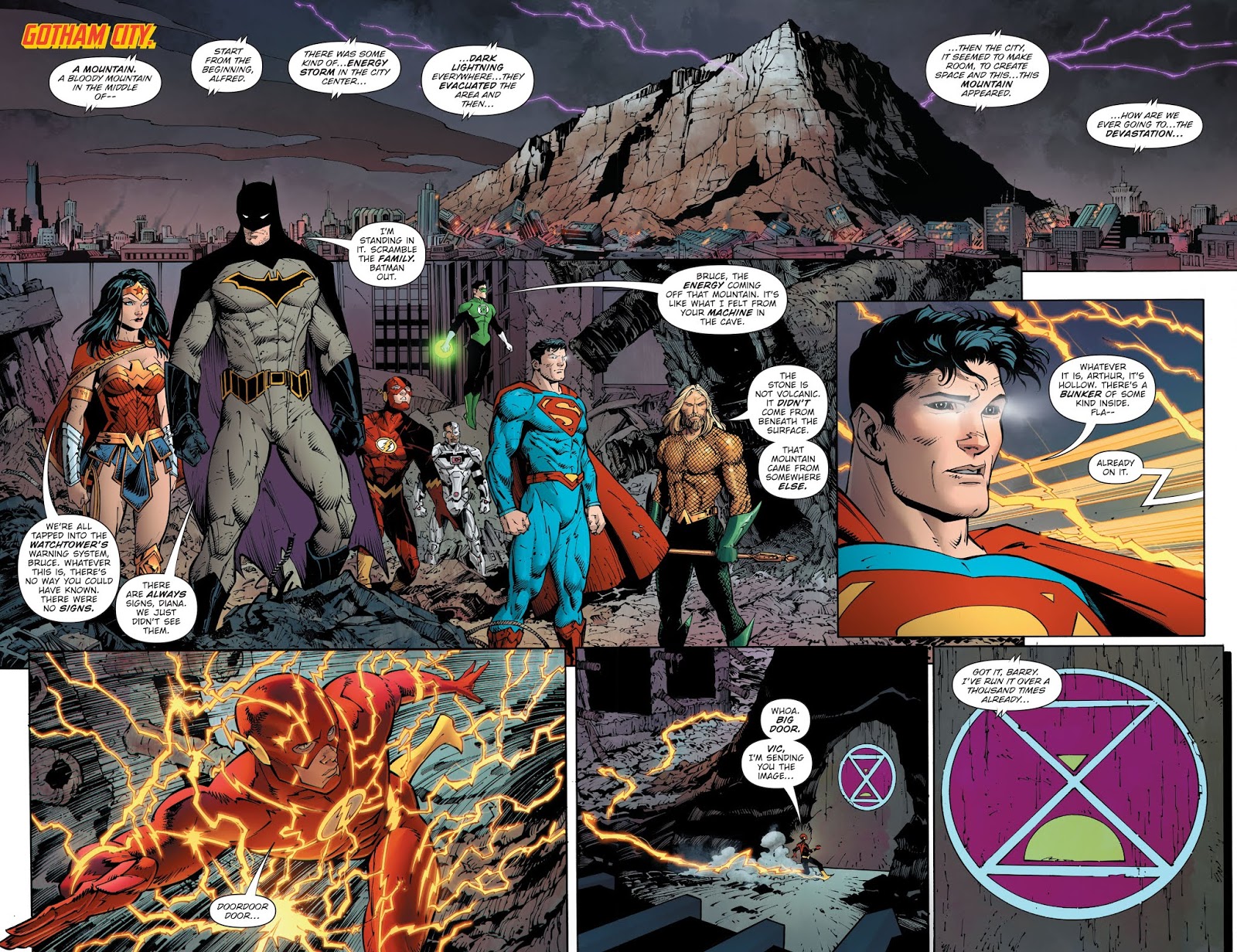 In his introduction Scott Snyder writes about having one last big story to tell following his and Greg Capullo’s highly acclaimed Batman run, one that’s bigger than Batman alone, one where he’s trying to solve a mystery from the beginning of humanity. As we learn, there’s a universe that exists beneath the DC universe, and on occasion it pushes through, the breaches creating anomalies. There is a plan behind this, instigated by a being named Barbatos, and it’s revealed early that Batman will somehow be the agent of his final success.

Here we hit a massive logical road block. Batman is a loner certain of his superior intellect and infallibility, yet with a prophecy about him being responsible for Earth’s destruction that both he and others take seriously, would his first plan really be to ditch his Justice League allies and go it alone? It apparently would, and it’s surely not giving too much away to reveal he’s wrong and hell is duly unleashed on Earth, among its manifestation twisted Bat-variations of favourite heroes. The situation quickly devolves to hopeless, but the key to restoration is the use of five extremely rare metals.

Snyder can’t be accused of thinking small, but so much of his plot depends on heroes telling us of dire consequences in technobabble terms as they jump from location to location. It’s like watching a particularly frenetic Doctor Who episode on fast forward, with every avenue a dead end or deception. Snyder keeps introducing more complications, more old villains taking their opportunities as his story hovers on the verge of comprehensibility, but only rarely intersects. Luckily Sandman is on hand to give the heroes oblique guidance, the mixing of his realm with the DC heroes underlining Metal as an EVENT.

Capullo certainly treats it such, supplying a continuous stream of emphatic superhero images pitting them against the impossible and the improbable, and designing effective twisted counterparts of Batman. Visual impact is high on the agenda, with a tempting Joker/Batman hybrid very disturbing and a memorable illustration of Batman riding a twisted Joker creature. Tying into the title, Capullo deliberately echoes the visuals of countless metal bands.

Questions that will occur as Metal rolls along are almost all eventually answered, the longest-running being what Barbatos actually wants, but while the method of saving the day and setting everything right is surprising, it’s also another fallacy. The source appears from nowhere unless you’ve also read The Resistance. During Metal so much is thrown against the wall, and very little of it sticks, much just forgotten as Snyder floods over the DC universe past and present. Sandman supplies a few pages of info-dump and is then never seen again, Plastic Man’s purpose is surreal, contrived and ultimately of no relevance, and for something that Snyder’s been hinting at over a few years of Batman stories it’s eventually just a matter of hitting the reset button. Very disappointing.

There is an epilogue in which Snyder with artists Mikel Janín and Alvaro Martinez lays out some possible new paths for the DC universe. James Tynion IV is credited as co-writer. While spectacularly well drawn, it’s actually just a way of piquing interest in some new series by other creators launched on the back of Dark Nights: Metal.