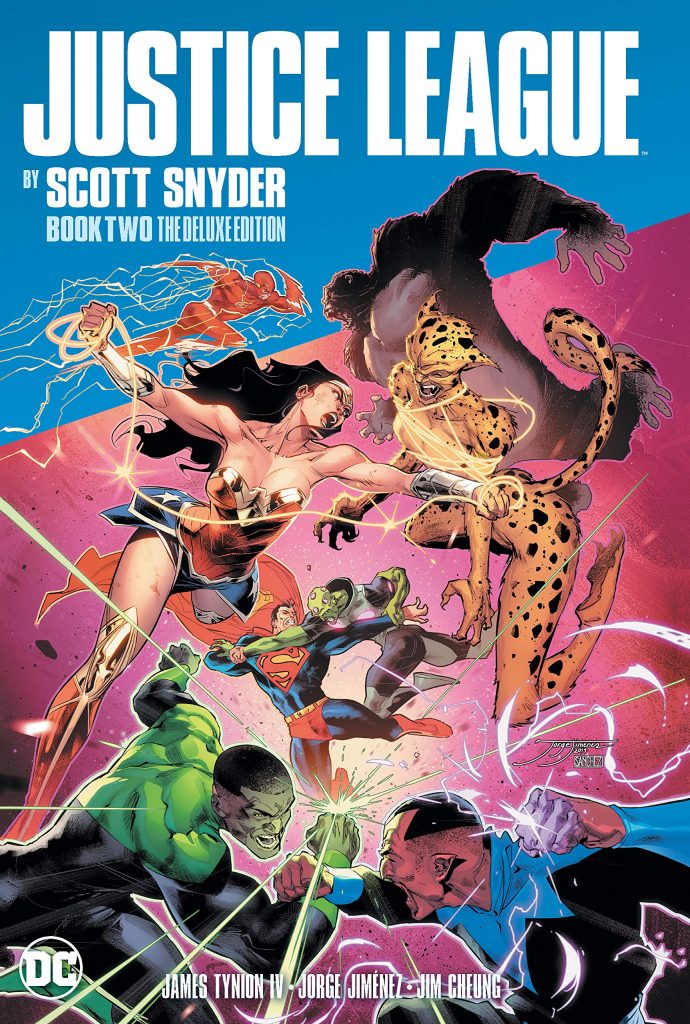 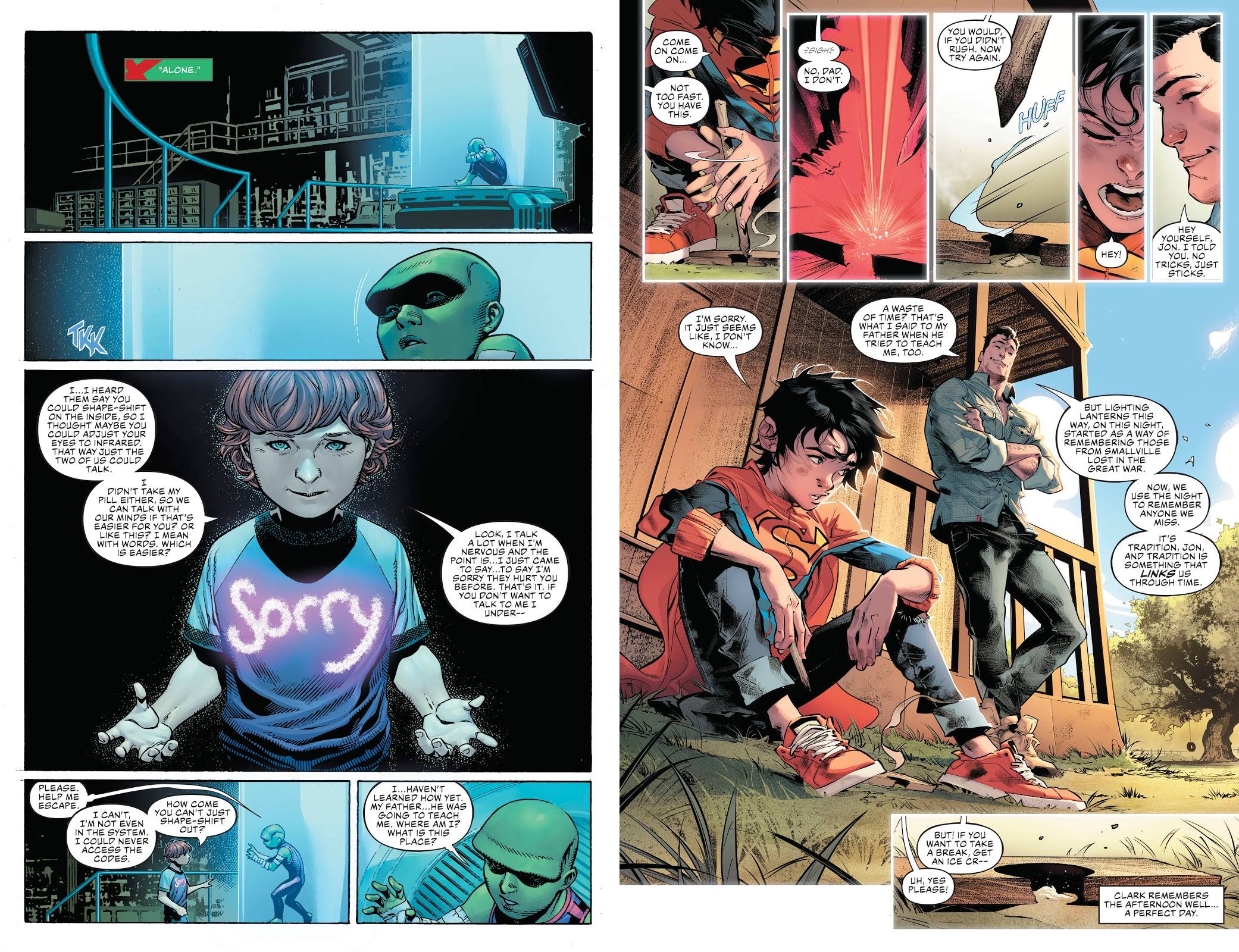 Scott Snyder can be seen as the equivalent of a TV showrunner, providing the essential direction and plot points while others sometimes pick up for a few episodes. His preferred collaborator has long been James Tynion IV, but here much of the longest story is co-plotted with artist Jorge Jimenez, and what a contrast to Book One this is.

That began as incoherent and a triumph of style over substance, only rarely blossoming into anything above average despite the threat to the entire multiverse. This is conceptually daring, constantly adds to what we know about some Justice League members, although at the cost of others being background material, and thrills from almost the first page to the last. Book One established that a threat removed from the universe and trapped for millennia has now re-emerged, although we see here that despite a formidable reputation, they aren’t at full strength, so need nurtured. Lex Luthor has been a step ahead of the heroes in anticipating what’s coming and embracing that, gathering a group of villains collectively known as the Legion of Doom, and a characteristic of the series being long form is that every now and then the spotlight turns back onto the villains and their plotting.

When issued in paperback this content was split over Hawkworld and The Sixth Dimension, as the Justice League gradually acquire an understanding of what’s coming, how that’s already changed the universe, and that the likelihood of them preventing the inevitable is almost zero. Snyder also keeps dipping back to the childhood of the League’s most powerful members, Martian Manhunter and Superman, seen in the sample art of Jim Cheung and Jorge Jimenez.

Cheung and Jimenez draw around two-thirds of this content between them, Cheung clearer, but Jimenez overcoming the problems with storytelling that made some of his art difficult last time. They both maximise the possibilities of the stories they’re given, nailing the cosmic action and the quiet reflection. Other artists also contribute, some for only a few pages at a time, but the only disappointment is the loose people and loose backgrounds that Javier Fernandez draws over the final three chapters.

Revelation after revelation tumbles out over the first half of the book, about Justice League members, about planets and about the threats, while the second half is concerned with finding a method of dealing with the threat. It takes the Justice League to the future, results in some surprising allies, and sets the ground work for a final conflict. It’s the thrills we wanted from the start.

Book One can be skipped entirely. Book Two will bring you up to speed and it’s worth the expensive hardback format. Book Three will follow, but that’s seeming only the content of Justice League: Justice/Doom War.