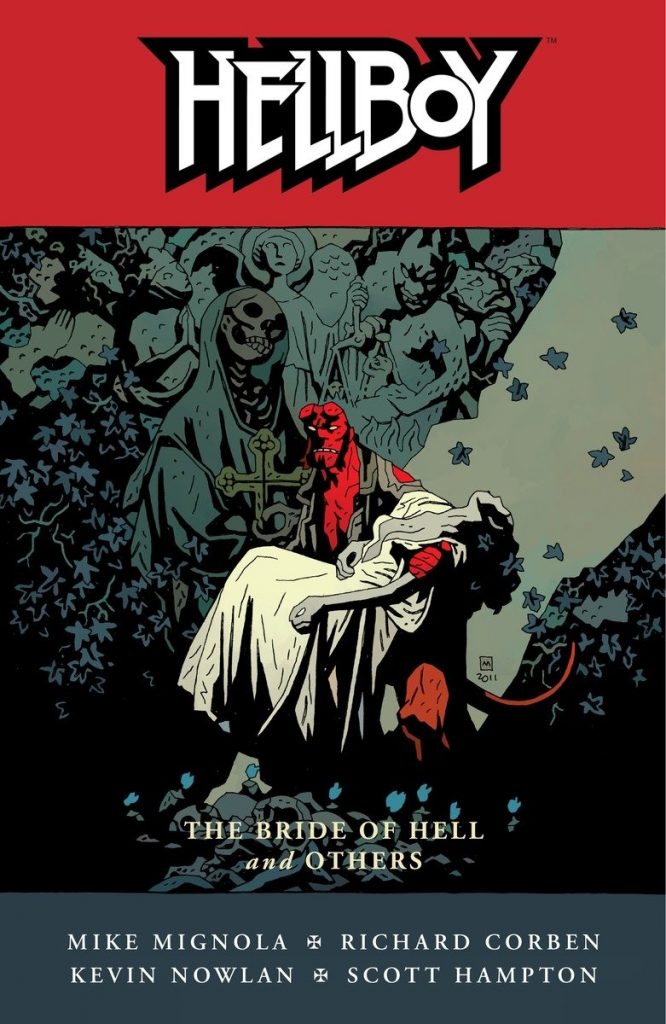 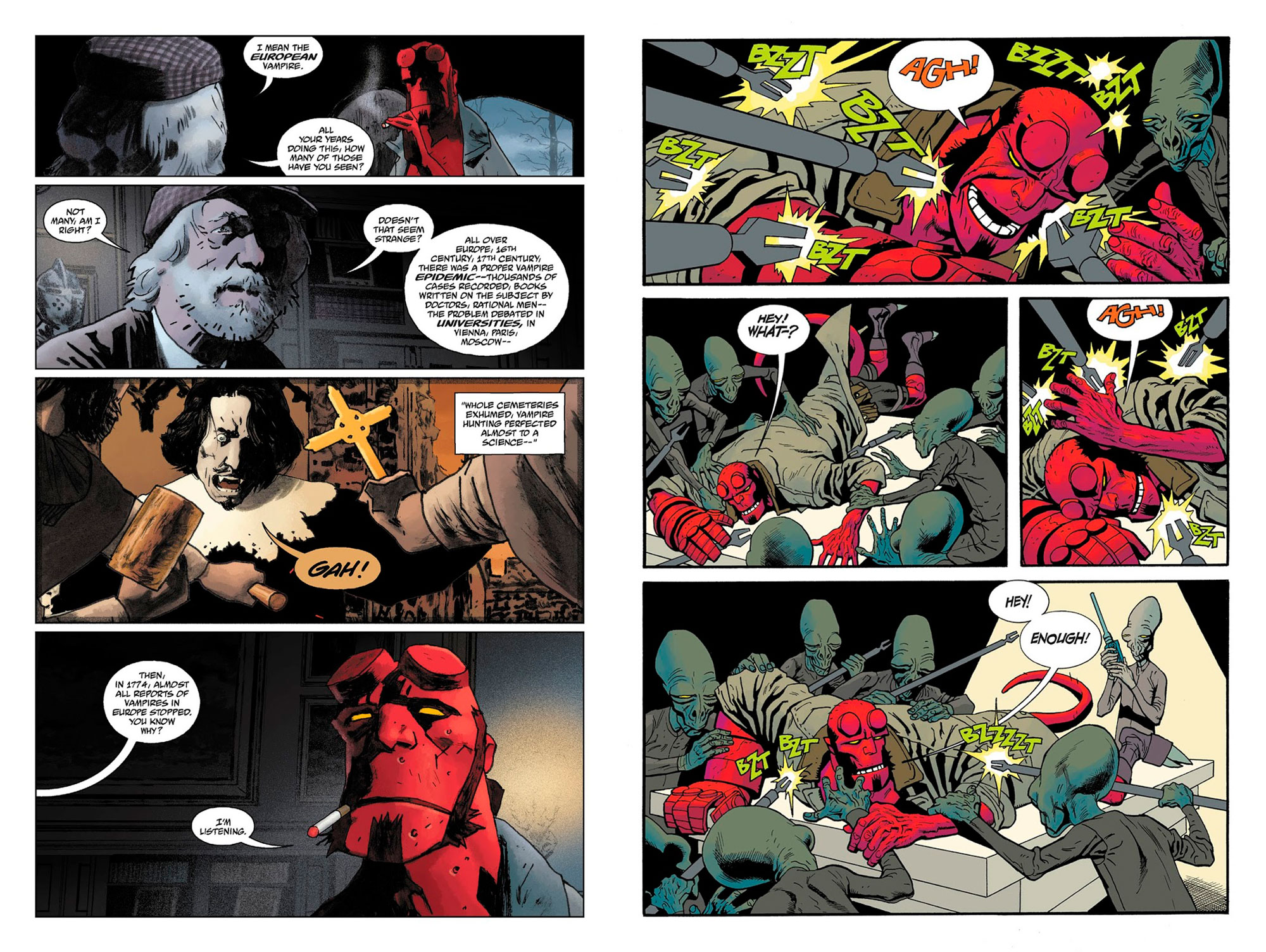 ‘Hellboy in Mexico, or, A Drunken Blur’; takes place during a period where Hellboy numbs himself to all the signs and portents of his grim future destiny by drinking heavily and continuously, wandering aimlessly and getting into fights with monsters and masked wrestlers for five months in 1956. ‘Double Feature of Evil’ is actually two stories: ’Sullivan’s Reward’, about deaths that occur in an unusual house; and ‘The House of Shebek’, which unfolds in the Egyptian wing of a museum. ‘The Bride of Hell’ is a monster story that has more to it than first meets the eye. Richard Corben’s distinctive style works superbly well on stories like these. His thick, muscular drawings feel unsettling even when there’s nothing much going on.

Scott Hampton has a more conventionally attractive, delicate line and beautiful watercolour painting style, which he puts to good, spooky use in ‘The Sleeping and The Dead’, a vampire story.  Mignola wrote and drew ‘The Whittier Legacy’ himself as an introduction to Hellboy for readers of the USA Today newspaper. It features a séance that goes terribly wrong. ‘Buster Oakley Gets His Wish’ takes Hellboy into the more unusual (for him) territory of alien abductions in Kansas. Kevin Nowlan’s very precise, elegant and unusual drawings make this marvellous to look at with a comedic touch that adds a lot to the weirdness. At the back of this book are 19 pages of sketches and covers, with enlightening notes on process by all four artists.

All the stories in this volume are reprinted in the Hellboy Library Edition Volume 6: The Storm And The Fury and The Bride Of Hell. They can also be found in The Complete Short Stories Volume 2 omnibus, except for ‘Hellboy in Mexico’. This appears in a paperback collection of the same name, and is also reprinted in Complete Short Stories Volume 1.