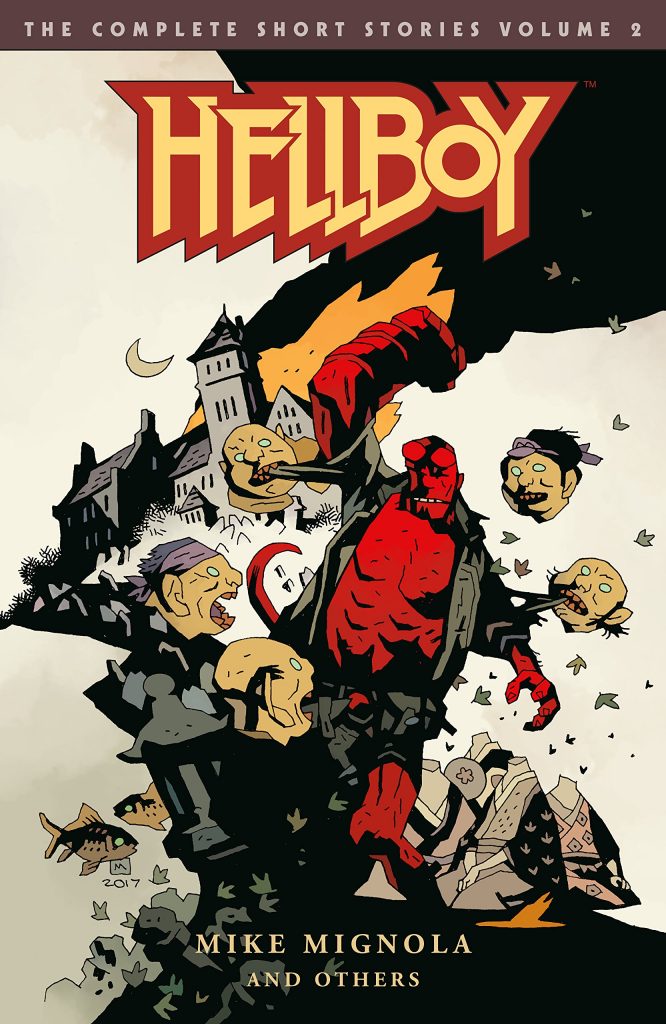 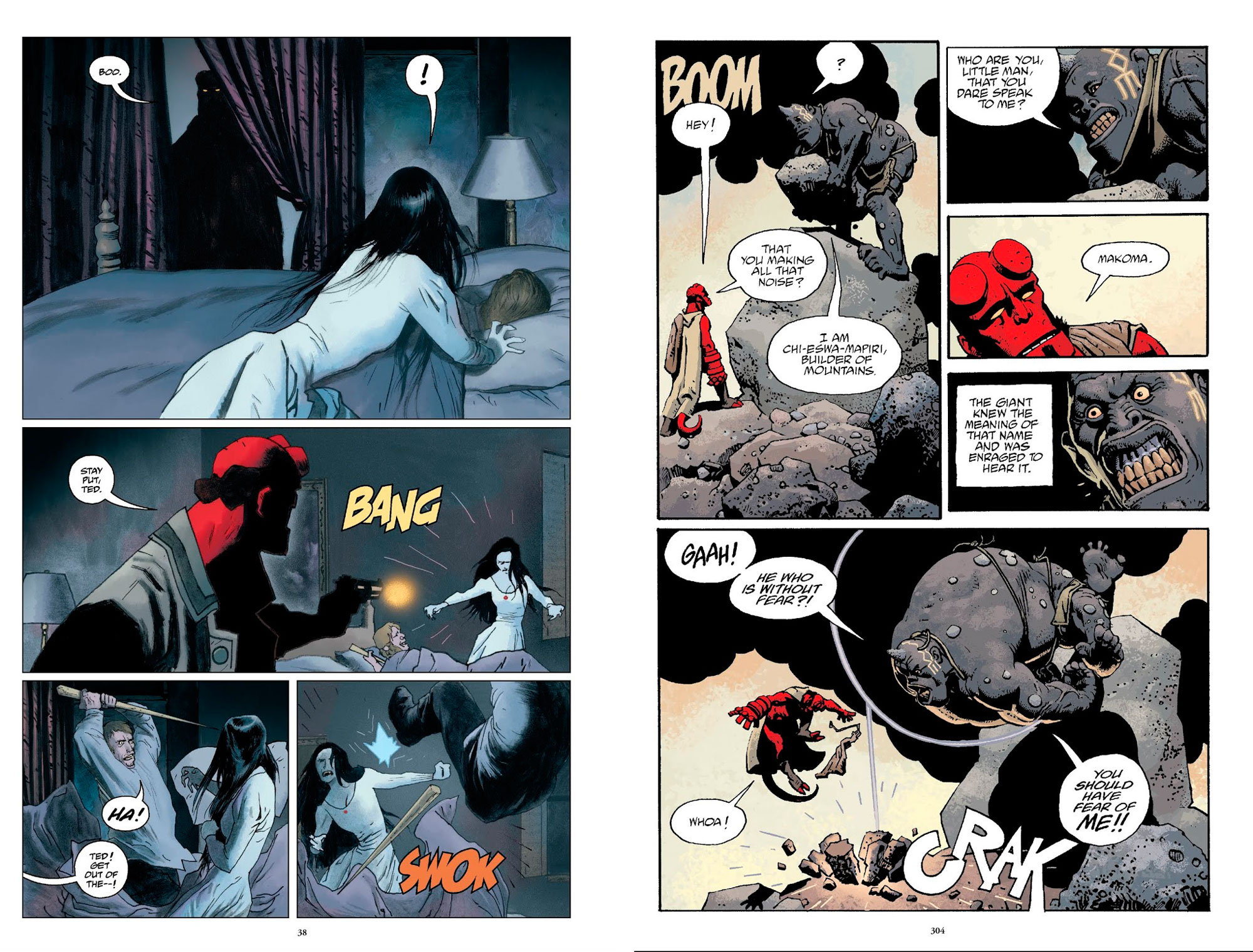 These short stories range over a vast area of space and time as Hellboy, endlessly curious and restless, wanders the world looking for ways to escape himself but generally finding (or causing) trouble wherever he goes. Crafted by Mignola with as much intention as the longer book-length adventures, these episodes often reveal important fragments of his Hellboy mythos amongst all the encounters with demons, monsters and other unquiet spirits. Tonally they are more likely to lean towards straight horror than the longer adventures and a couple of stories here are quite gruesome without Mignola’s more abstract drawings to soften them.

There are 24 pages of sketches at the back of this book. The majority of these are Mignola showing character designs and discussing his process, with additional pencils, inks and design work from Richard Corben, Scott Hampton and Kevin Nowlan. These are only a small selection of the much larger sketchbook sections available in the Library Editions volumes Four and Six. But otherwise everything in the seven current Hellboy Library Editions plus numerous other books not currently collected anywhere else, such as Hellboy in Mexico and The Midnight Circus have all now been reprinted in this very reasonably priced and conveniently packaged set. New readers can’t go wrong.