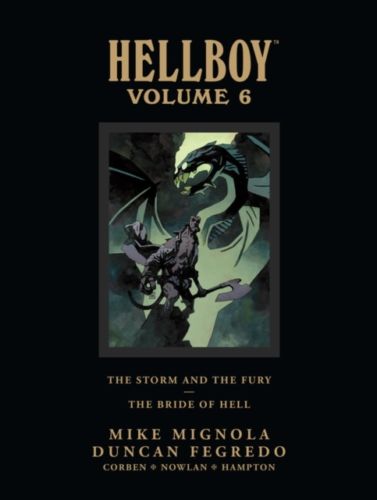 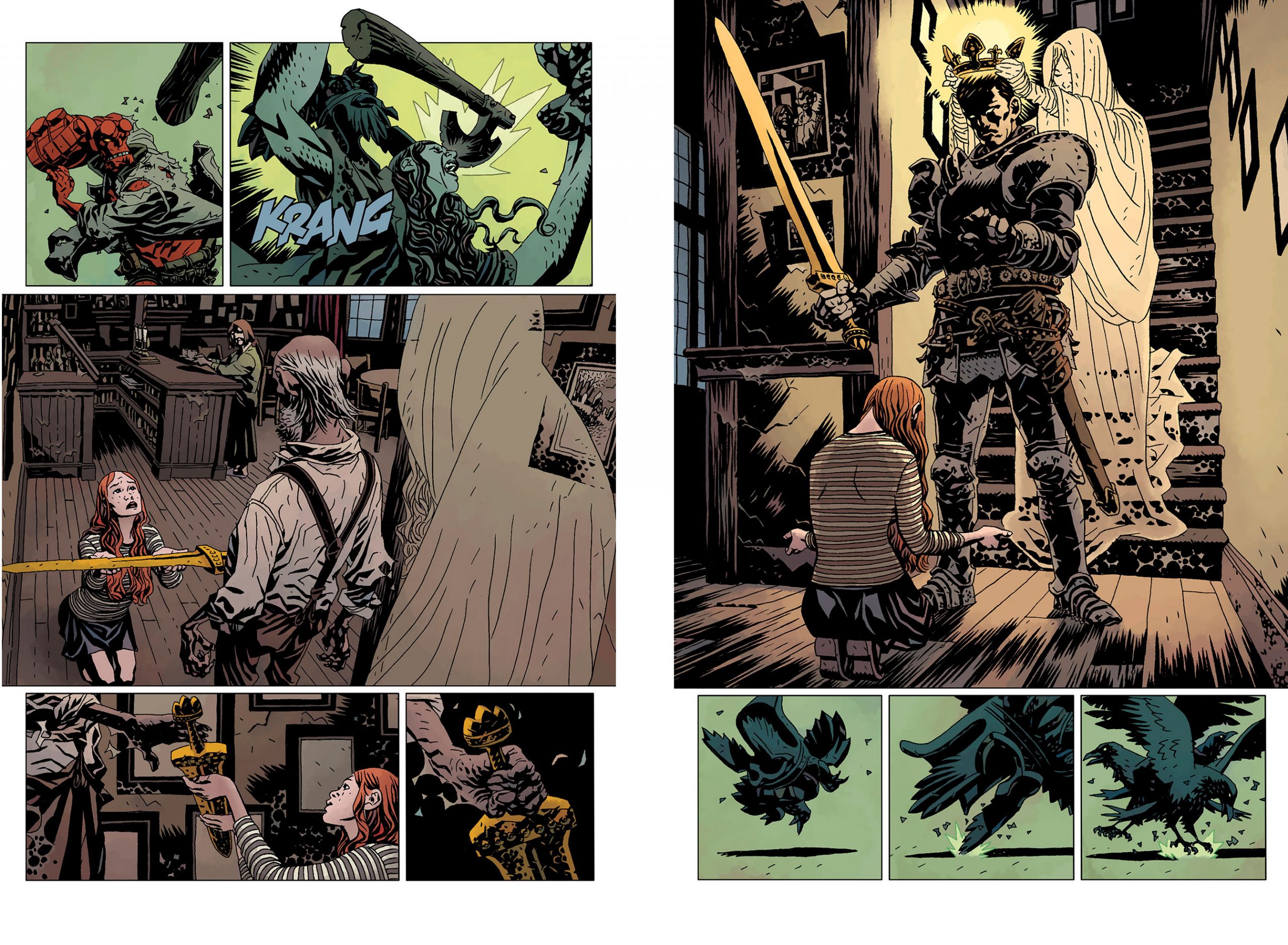 Material from Mike Mignola’s supernatural adventure series Hellboy, previously released as ‘floppy’ comic books and later as paperback reprints is presented in the Hellboy Library Editions in oversized archival volumes with heavy paper and cloth hardcovers. Each volume reprints two complete trade paperback collections and supplements the complete stories with pages of annotations and commentary, sketches and other additional material by Mignola, some of which is exclusive to these volumes.

Volume six of the Hellboy Library Edition collects The Storm and The Fury, the twelfth trade paperback, and The Bride Of Hell, the eleventh trade paperback. This is a slightly unsuccessful pairing because the first half of the book is the very dramatic end of the saga begun in the previous Library Edition volume five. After its powerful conclusion, the short stories that follow feel somewhat underwhelming and anti-climactic. It’s unfortunate that the whole cycle of stories drawn by Fegredo couldn’t have been presented together in one book, even if that was a super-sized volume.

Placement issues aside, the short stories ‘Hellboy in Mexico’, ‘Double Feature of Evil’, ‘The Bride of Hell’, ‘The Sleeping and the Dead’, ‘The Whittier Legacy’, and ‘Buster Oakley gets his Wish’ are more of the usual fun tales of varied creepy, ruined locations and odd events, drawn very capably by Richard Corben, Scott Hampton, Kevin Nowlan and Mignola himself. Each story is introduced by Mignola with snippets of commentary. The sketchbook section at the back of the book features contributions from all the artists.

At a very reasonable price point for such a well-designed collection of four hundred pages of large-format colour art, these editions are the definitive way to enjoy the series and present extremely good value for dedicated Hellboy fans.