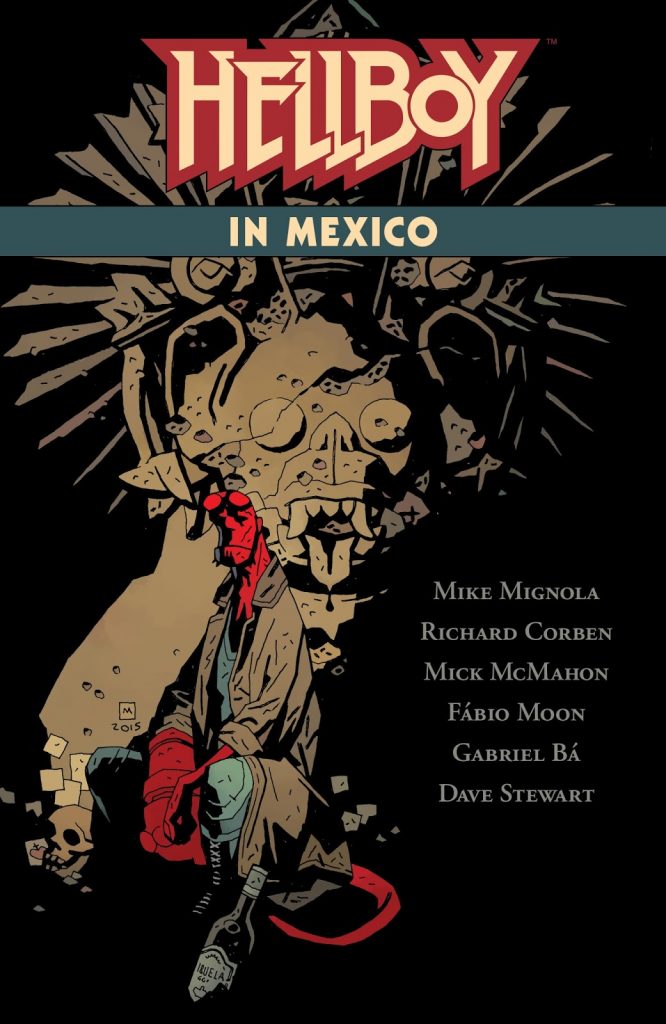 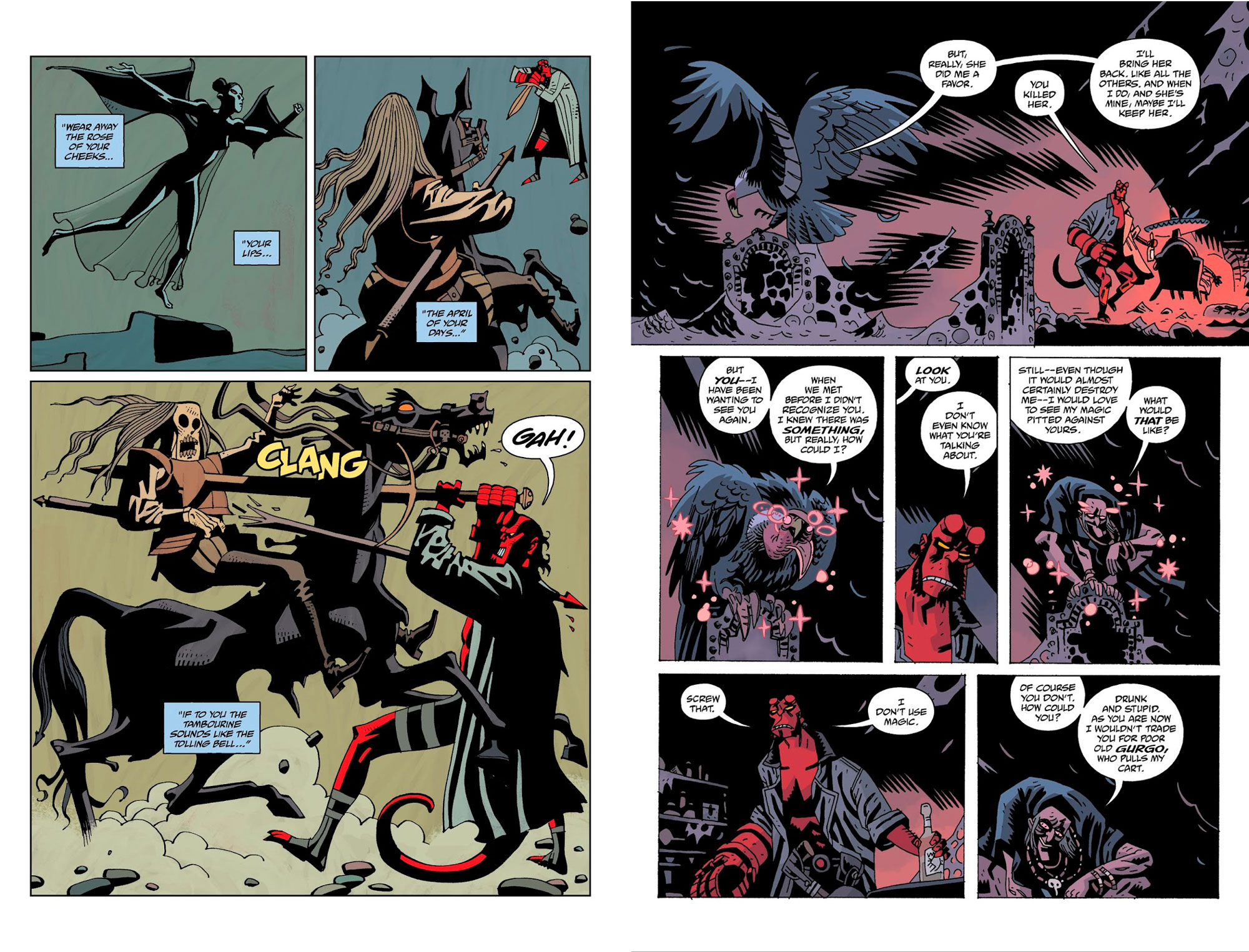 Hellboy in Mexico is both the title of the first story and a description fitting everything collected here; one long story, four short stories and one graphic novel. They all take place in Mexico during Hellboy’s ‘lost weekend’ of drinking heavily and continuously, wandering aimlessly and getting into fights with a variety of creatures in a five-month period in 1956. This volume features work from two of the most stylistically original heavyweights in comics, Richard Corben and Mick McMahon, who both merge their drawings seamlessly into the flow of Mignola’s scripting.

‘Hellboy in Mexico’ actually begins in 1982 when Abe and Hellboy are on assignment in the desert. A faded photo Abe finds on the wall of a tumbledown abandoned old building leads to a tale told entirely in flashback as Hellboy explains just how a routine mission to rid a town of vampires turned into something far stranger. In the story notes for this book Mignola describes how he made a drawing of Hellboy standing over some dead monsters with his arm around a masked wrestler, seen here at the beginning of this collection. He later decided to write a story around it, which he enlisted Richard Corben to draw. Corben also draws the much longer ‘House of the Living Dead’, which continues directly on from the end of that first story with more masked wrestling, drinking, and monster fighting given a disturbing physicality by Corben’s fleshy, nightmarish figures.

’Hellboy and the Aztec Mummy’ drawn by Mignola, features a giant bat and reanimated corpses. ‘Hellboy Gets Married’ was tailored to Mick McMahon’s suggestion for Hellboy to marry “…something” while drunk, a rash decision which he comes to regret very quickly when sober again. McMahon’s  beautifully unhinged, hallucinogenic imagery is funny and bizarre for this short story. The other two stories, ‘The Coffin Man’ and ‘The Coffin Man 2: The Rematch’ drawn by twins Fábio Moon, and Gabriel Bá, feature an old and surprisingly powerful witch who reminds Hellboy all about the destiny he is trying so hard to forget. Their detailed and liquid stylings occupy a space almost exactly halfway between Mignola’s style and that of Duncan Fegredo, connecting these two short stories to the same kind of feeling as The Wild Hunt.

Twelve pages of sketches from all the artists, some pencilled pages plus six covers round out this volume. These stories all appear in the Complete Short Stories Volume 1 and the title story ‘Hellboy in Mexico’ also appears in The Bride of Hell.