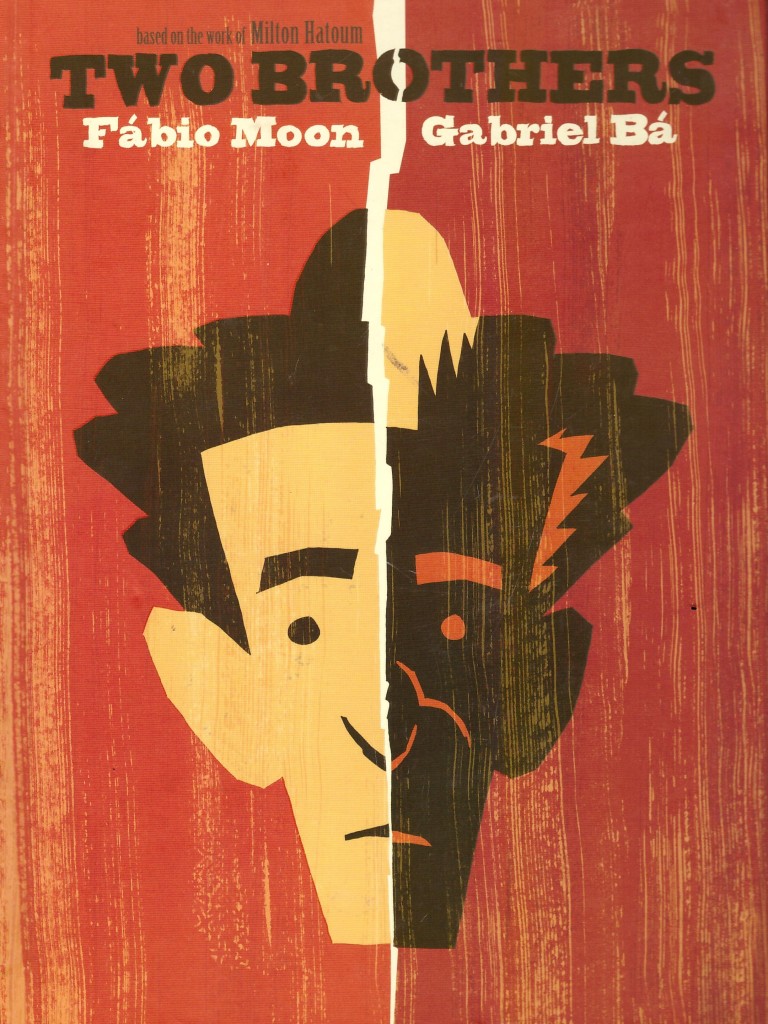 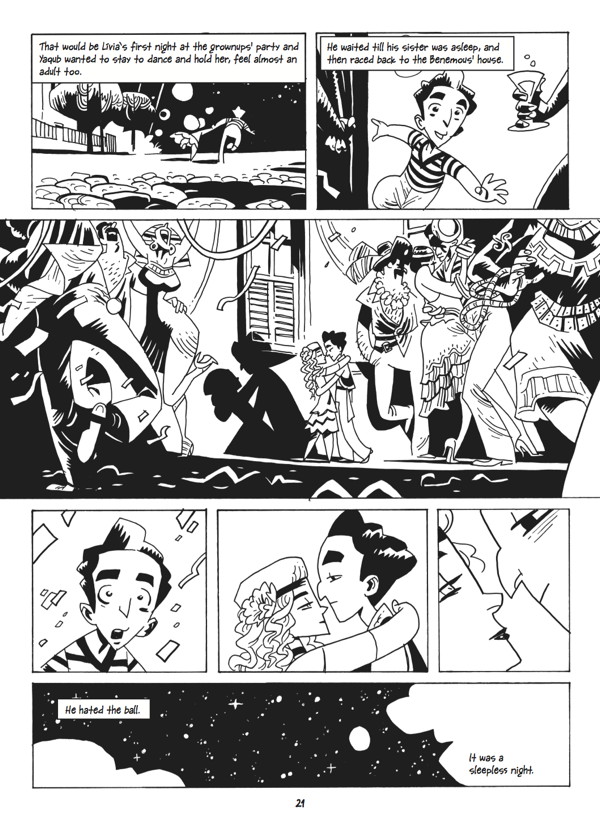 Acclaimed Brazilian novelist Milton Hatoum writes dense, generational family sagas defining periods of history in Brazil and elsewhere, bringing to mind the work of Louis De Bernières and Gabriel Garcia Márquez. The attraction of his novel Brothers, featuring twins Omar and Yaqub, to twin writers and artists Gabriel Bá and Fábio Moon is apparent, but has been so well presented that without being told this is an adaptation, few would guess.

At the age of thirteen in 1938 Yaqub is dispatched to stay with relatives in Lebanon while at the insistence of his mother Omar remains. Their father had intended both should go. Five years later Yaqub returns. The reason for this seemingly cruel decision is the brothers’ inability to get on, their differing personalities festering jealousy fanned by their mother’s seeming preference for Omar. The result of the separation is Yaqub falling behind in his education and developing a speech impediment, marking him out for ridicule, which in turn makes him ever more reclusive. This, however, becomes a positive experience, as he eventually excels at his studies while his brother, still envious, is expelled. It entrenches their fates in life. Yaqub leaves and Omar stays.

The entire graphic novel has an undercurrent of emotional intensity and turmoil, of issues repressed rather than confronted and thereby enabling them to evaporate, and this turbulence erupts alongside the troubles Brazil experiences. The story is told by a younger person whose significance is structurally important beyond their narration. They are raised in the same household and understand far more than is initially presumed, while also acting as a confidante for those no longer able to communicate with others. As the tragedy plays out they become the central observer, and sole party able to apply distance.

Two Brothers is a book of wisdom and warning, Hatoum’s translated words often providing pause for contemplation. “Only time turns our feelings into truer words” is one gem, and Omar, the most complex character, is summed up with “Deep down Omar was a willing accomplice to his own weakness, to a choice that was stronger than him”.

As with their previous works, Bá and Moon both pencil and ink, and they’re so finely attuned that any differences to their fusion are all-but imperceptible. They’ve elected for black and white, to add their own allegorical touch, and a jagged, shadowy style appropriate to the ever-darkening moods. Their pages are extremely subtle, relating elements of the story via the art alone rather than underlining it with dialogue, and they’ve made the correct decision to follow the pacing of the original novel. Revelations occur as we’re drawn deeper into the odd and fractured family dynamics, all the more powerful for being concealed so long. The languid pacing is necessary for us to re-evaluate the cast, and to absorb, for instance, how a young restaurant owner’s daughter developed into the manipulative family matriarch.

The over-riding question of whether genetics or upbringing determines character is never definitively addressed. That the twin creators chose to adapt the novel indicates their view that Two Brothers isn’t intended as universal commentary, but as a thought-provoking saga. Are some circumstances and conflicts inevitable? We’ll never know.

Ambitious, enigmatic, tragic, gorgeous and masterful. This is an exceptional graphic novel.