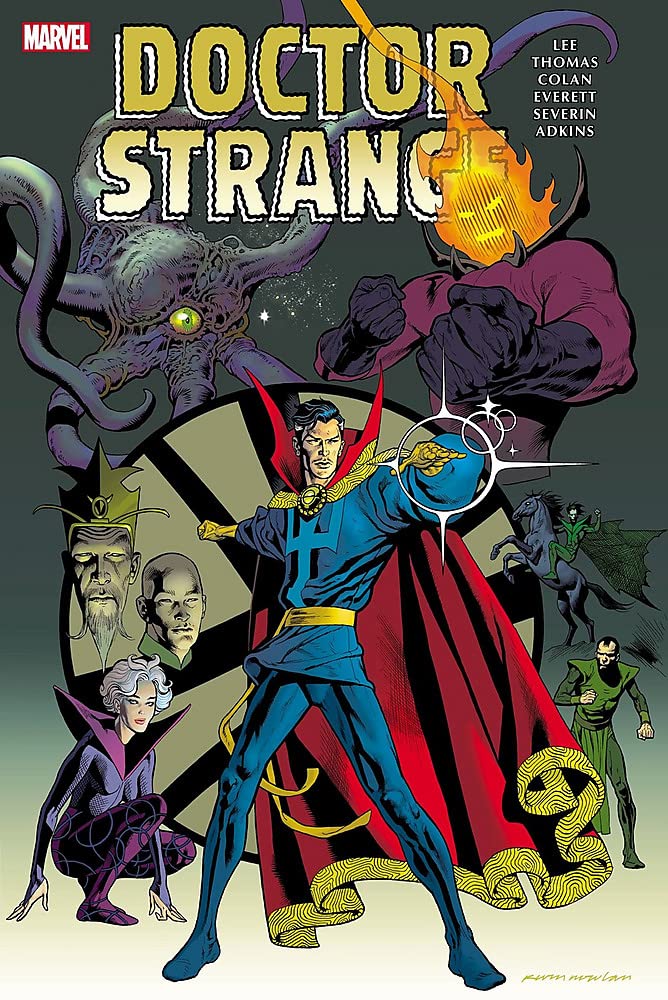 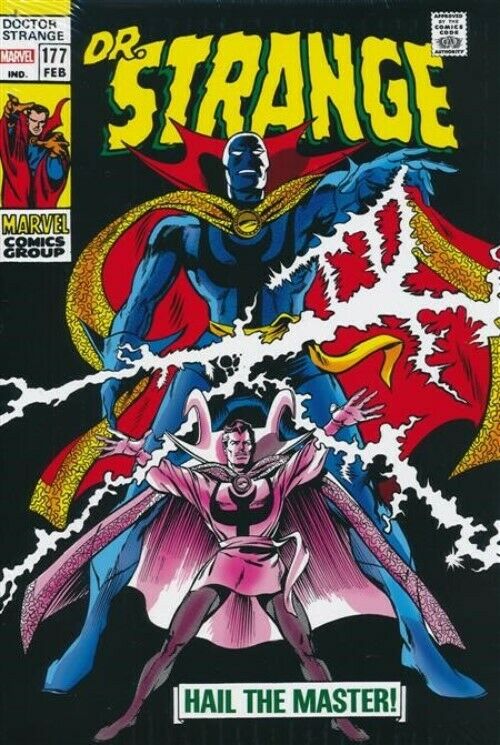 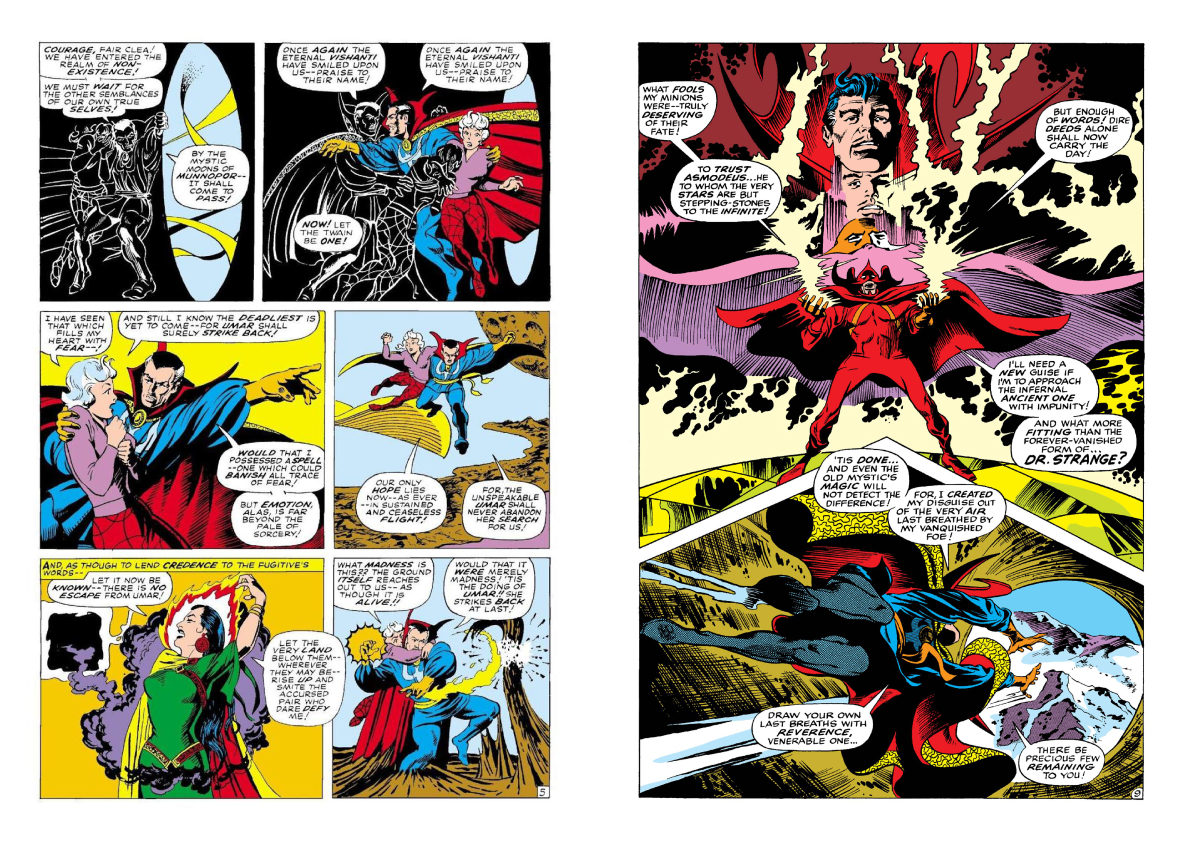 This second Doctor Strange Omnibus, a massive 700 pages, gathers the remaining material from the Marvel Masterworks volume 2, all of 3, and most of 4 – all discussed more fully in those reviews.

Doctor Strange wouldn’t exist without the innovative imagination of Steve Ditko. As well as creating the character, his run as artist/plotter was a highlight of Marvel’s 1960s output, and included arguably their first graphic novel. Ditko’s dazzling visualisations chimed with the 1960s zeitgeist of eastern mysticism and psychedelia. His abrupt departure, then, was a blow for editor/scripter Stan Lee, as he was surely harder to replace here than on the bestselling Spider-Man. Bill Everett, then Marie Severin, deliver good artwork, but can’t match Ditko, although Severin, a Marvel production staffer, made creative use of technical wizardry to create groundbreaking magical effects. See the left sample page where Strange and Clea transform into a negative image, and have to merge with their normally coloured other selves.

By 1966, Stan Lee couldn’t script Marvel’s increasing number of titles, so credits jump back and forth between Lee and protégés Dennis (‘Denny’) O’Neil, and Roy Thomas, before falling to other, now forgotten, writers.

Ditko’s scenario of Doctor Strange and Baron Mordo as rival disciples of the Ancient One had an elegant symmetry. O’Neil attempts a twist on this, creating Kaluu, a youthful friend of the Ancient One, with whom he learnt magic before a fallout. Backstory for the Ancient One is welcome, however the idea that Kaluu would hide in another dimension, returning to settle scores only when his ‘frenemy’ is in his dotage stretches credulity.

After some respectable guest artists, Gene Colan and Tom Palmer (featured image, right), join Thomas, to create the series’ second great run. Colan starts well, and quickly develops his signature style for the character. Ditko created a window into surreal, imaginary worlds, but Colan throws the reader through that window. His art is always highly kinetic, sending the eye darting around the page, and here adds some of the most daring page layouts ever seen. By the end of the book, he’s thrown away his set-square: the only right angles in sight are the edge of the pages. It’s a brilliantly dizzying reading experience, that in 1968 surely deserved to be called “far out”. Inker/finsher Palmer adds a realism to the characters that makes the magical scenes all the more potent. In pre-CGI days there was little to compare with these brilliantly visualised worlds.

After the series’ 1969 cancellation, Thomas kept Strange in circulation through other series he worked on (relevant chapters included here). Strange’s return, in Marvel’s early 1970s expansion, lacked even that continuity of writer, making the last quarter of this collection the most patchy, though with prestige guest issues by Barry Wndsor-Smith, and early efforts by future series favourites Frank Brunner and P. Craig Russell.

The Thomas/Colan/Palmer run is a series highlight, only otherwise collected in Essential Doctor Strange 2, or over Masterworks 3, and 4. The other 500 pages of this Omnibus include one-off highlights, with the rest good to average.

Until Omnibus 3 appears, you can continue the story in Masterworks 5, or Epic Collection 3, each with substantial duplication. 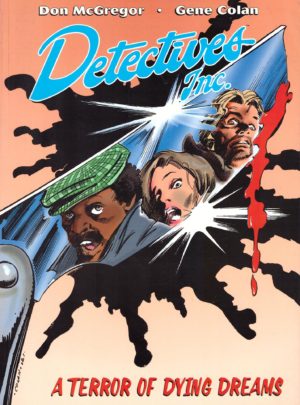