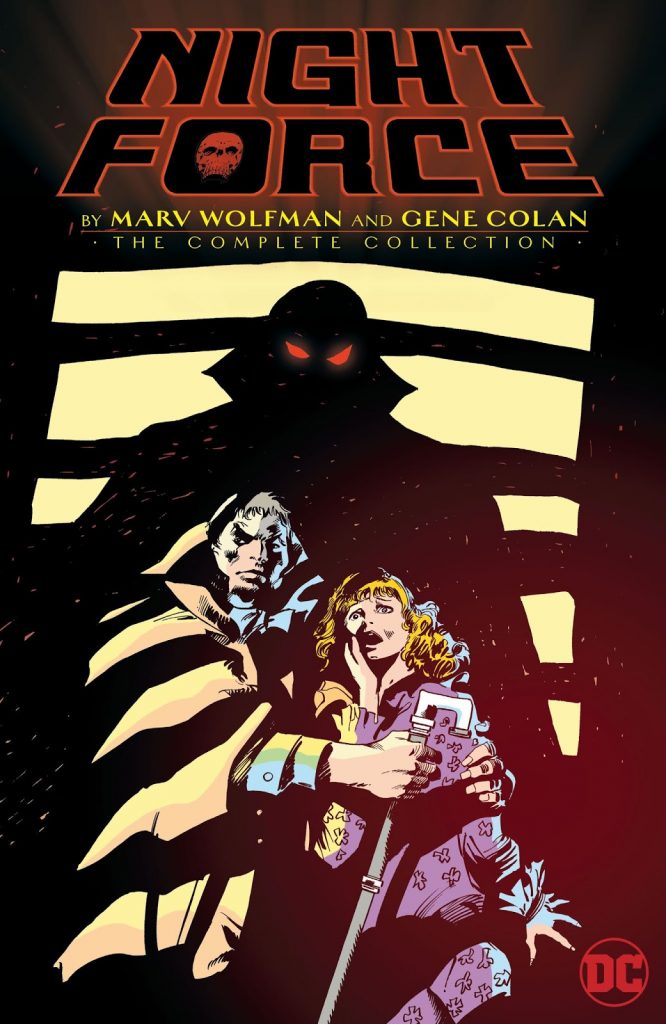 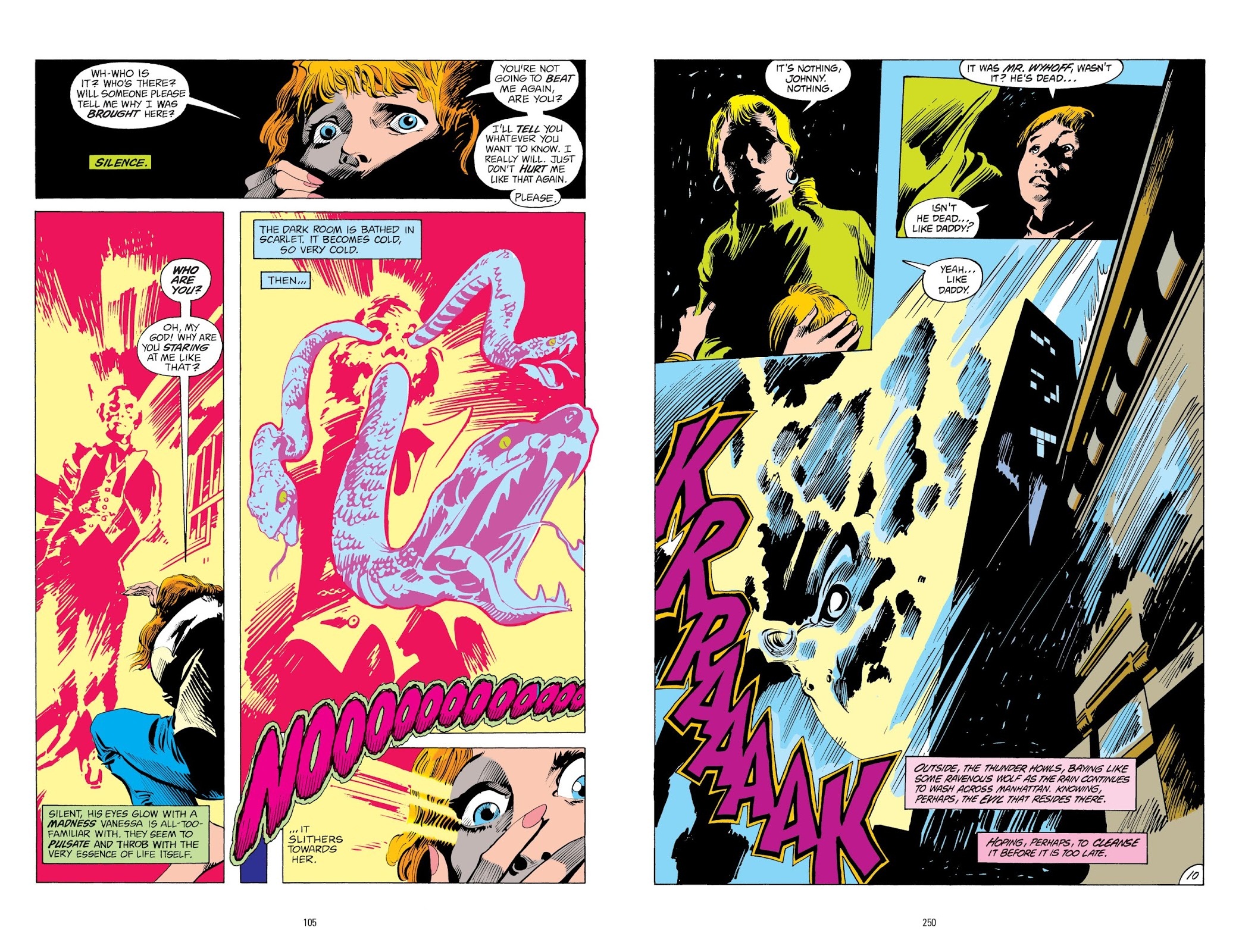 When Gene Colan felt he was no longer wanted at Marvel in 1982, Marv Wolfman was already among DC’s superstars, riding high on the success of New Teen Titans. What could be more natural than the pair again collaborating on a gothic horror series seeing as Tomb of Dracula had been a 1970s comic highlight. Whether the intended audience had moved on, or whether Night Force just never reached them, at the time it was a sales failure, lasting only fourteen issues, all collected here. Also included is the introductory teaser perhaps too optimistically presented to Teen Titans fans on the basis of being by the same writer.

Wolfman devised a good premise. The manipulative Baron Winter solves mystical problems for a price, but in the present is confined to his strange mansion with it’s multitude of exits to different times and places. He therefore requires others to carry out his bidding, his agents known as Night Force. Donovan Caine is an academic mystic researcher, Jack Gold a reporter who’s hit hard times, and Vanessa Van Helsing a psychiatric unit patient. Enough tonal similarities with the Dracula work engage and give flight to Colan’s artistic strengths, but considerable differences ensure it’s no mere copy, the action thriller content significant, based on the wilder extremes of psychic testing during the Soviet era. The opening story features occult experimentation, governmental subterfuge, a European tour and tragedy, logging in at an ambitious eight chapters, the length almost unheard of for a continued story in 1982-83. The way Wolfman built characters was fundamental to Dracula’s success, and he’s equally good on Night Force. Winters is a sardonic and manipulative presence, confident no-one will believe the truth, and if Vanessa appears to fall into the victim role so often ascribed to women in older comic series, have some faith. Gold at first seems a standard fractured hero figure from noir fiction, but the entire first story is cleverly hinged on one of his character traits. Caine is under-developed, although has a nutty backstory.

In a brave move, Wolfman discards almost the entire cast from his first story, saving only Winters for the second, a more Lovecraftian form of horror featuring the criminal Paul Brooks, who we’re told from the start is doomed. Can he free the cursed apartment block and avoid his fate? A final story briefly returns Jack and Vanessa, alongside new agents Katina and Gowon. While still readable, its pulp feel and the cranked up melodrama render it the weakest of the three stories.

Colan makes considerable use of a technical process newly available in the early 1980s whereby some art appears in colour overlay without black outlines. For a while those colour screens looked very dated as technology advanced, but there’s now a novelty about them, although one wishes DC would make some technical adjustment to dampen down the vivid colour so often the curse of old comics on new paper. Otherwise Colan is at his expressionistic best, creating a suitably fearful cast, an imposing Baron Winters and sweeping supernatural horror.

Wolfman wrote two revivals, in 1997 and 2012, both of which are very readable, but neither of which is available in book form as of writing.