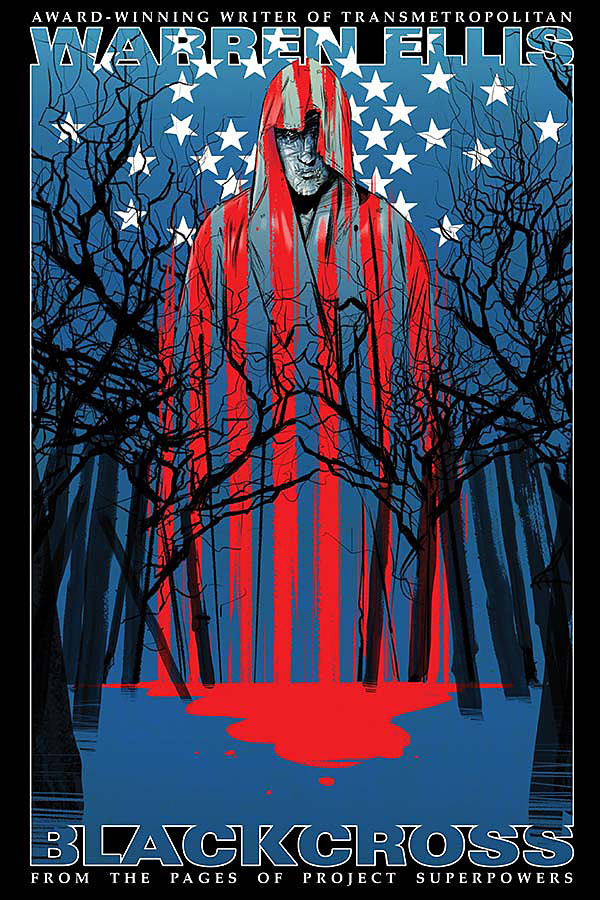 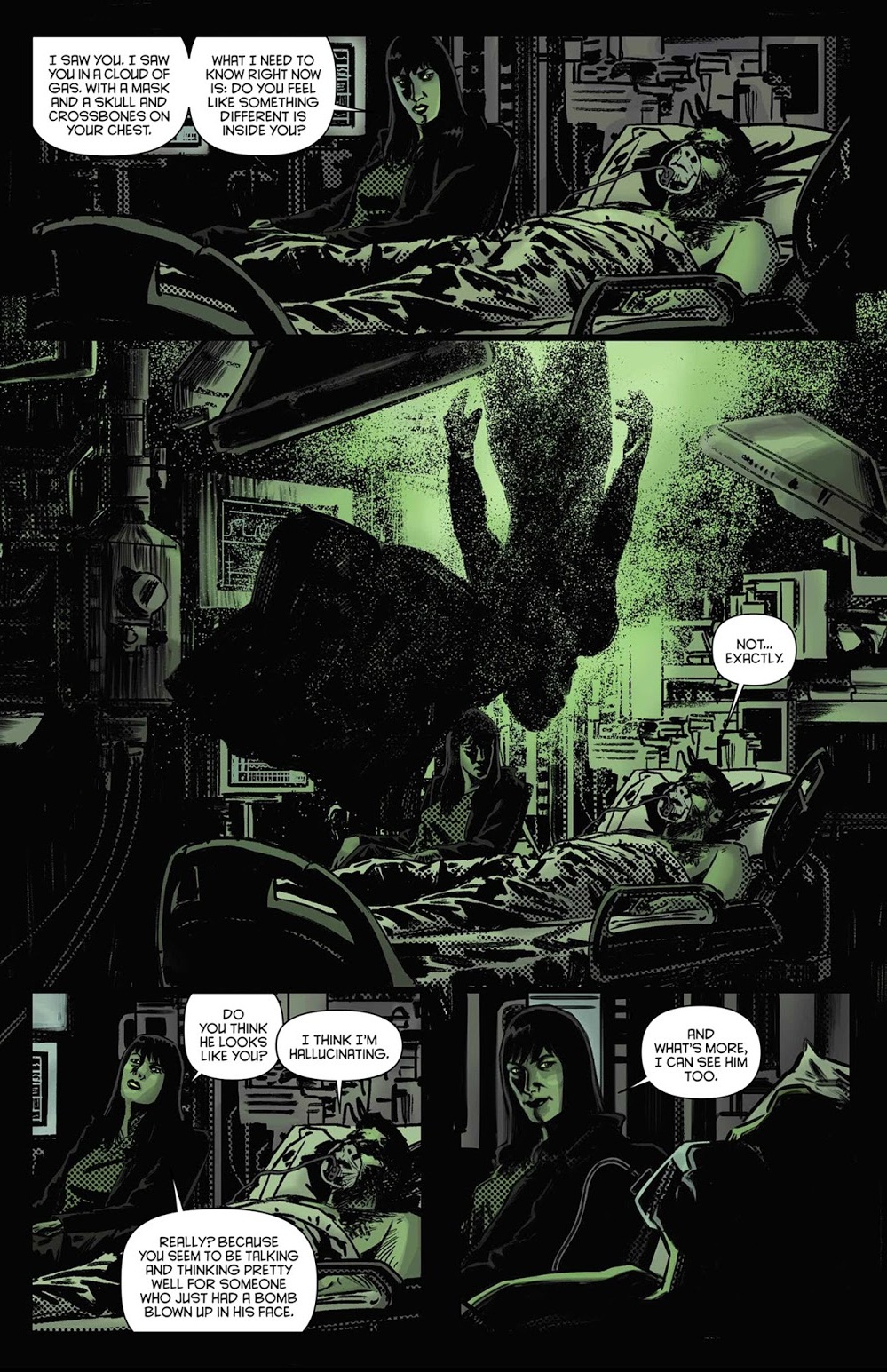 Blackcross was released when Project Superpowers was dormant, and would actually read better without any expectations of being associated with it. It’s a completely different type of story, lacking brash costumed heroics, and in one sense the editorial decision to suggest the connection is misplaced. That said, characters from Project Superpowers are referenced, just not as we know them. Think of it as a recasting.

The small rural town of Blackcross has suddenly become a nexus for strange happenings. A bizarre flaming suicide, a gas attack, a ghostly manifestation… If that wasn’t trouble enough, there’s also a serial killer seemingly headed toward the town. Warren Ellis tells a procedural crime drama with horrific undertones, very much with a Twin Peaks vibe, and the way he works in the superheroes and the reason for them is neat. Ellis shifts the focus between a group of law enforcement officials and what becomes a group of extremely puzzled individuals, and the mystery of what’s happening is atmospherically told.

Artist Colton Worley is a hell of a find. He’s very influenced by classic figurative art, and possibly the only comic artist to reach for the letratone for his shading in the 21st century. His brief appears to have been to make this look as much like a gloomy TV show version of superheroes as possible, with colourist Morgan Hickman completely buying into that concept. Much of what happens is set in the forest or by the lake, and they look beautiful.

So why is this a Project Superpowers tie in? Well, that series was lying dormant, with either readers or the creative team of Alex Ross and Jim Krueger having lost interest before it was finished. It revived a couple of dozen characters, and ultimately left them hanging. It’s possible to see Blackcross as a conclusion of sorts, and a new beginning, or it can equally be written off as an alternate universe scenario. It’s doubtful whether Ellis cares either way as what the characters were has little to do with the story he wanted to tell, and that isn’t a bad thing. This review is crowded with oblique phrases because it would spoil a well crafted story to disclose too much. Keep an open mind and don’t expect a similar mood to Project Superpowers, and the likelihood is you’ll become absorbed in an intriguing drama.

However… The ending might not be to all tastes. It’s violent, but answers few questions. Is it Ellis’ comment on a bunch of 1940s superheroes and the way they were back then? Maybe. It’s certainly an easy option in some respects, providing a perfunctory superhero battle without ever really explaining the serial killer and their purpose at all. That’s disappointing. There is enough good, though, to rank this among the best graphic novels with Project Superpowers association.