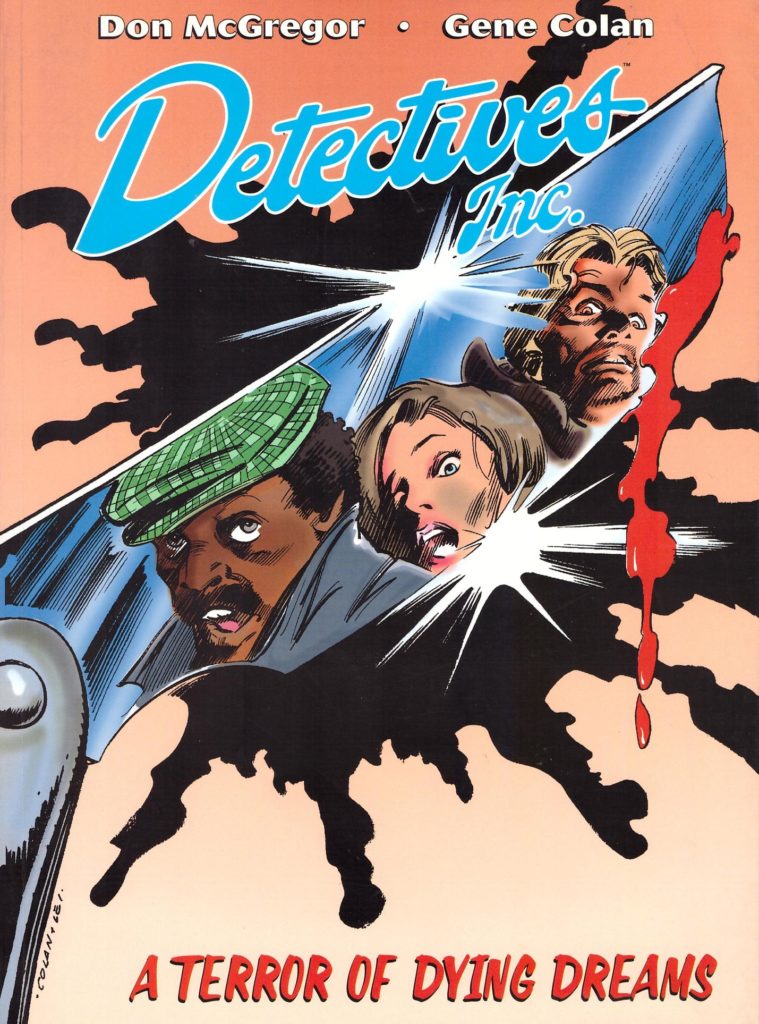 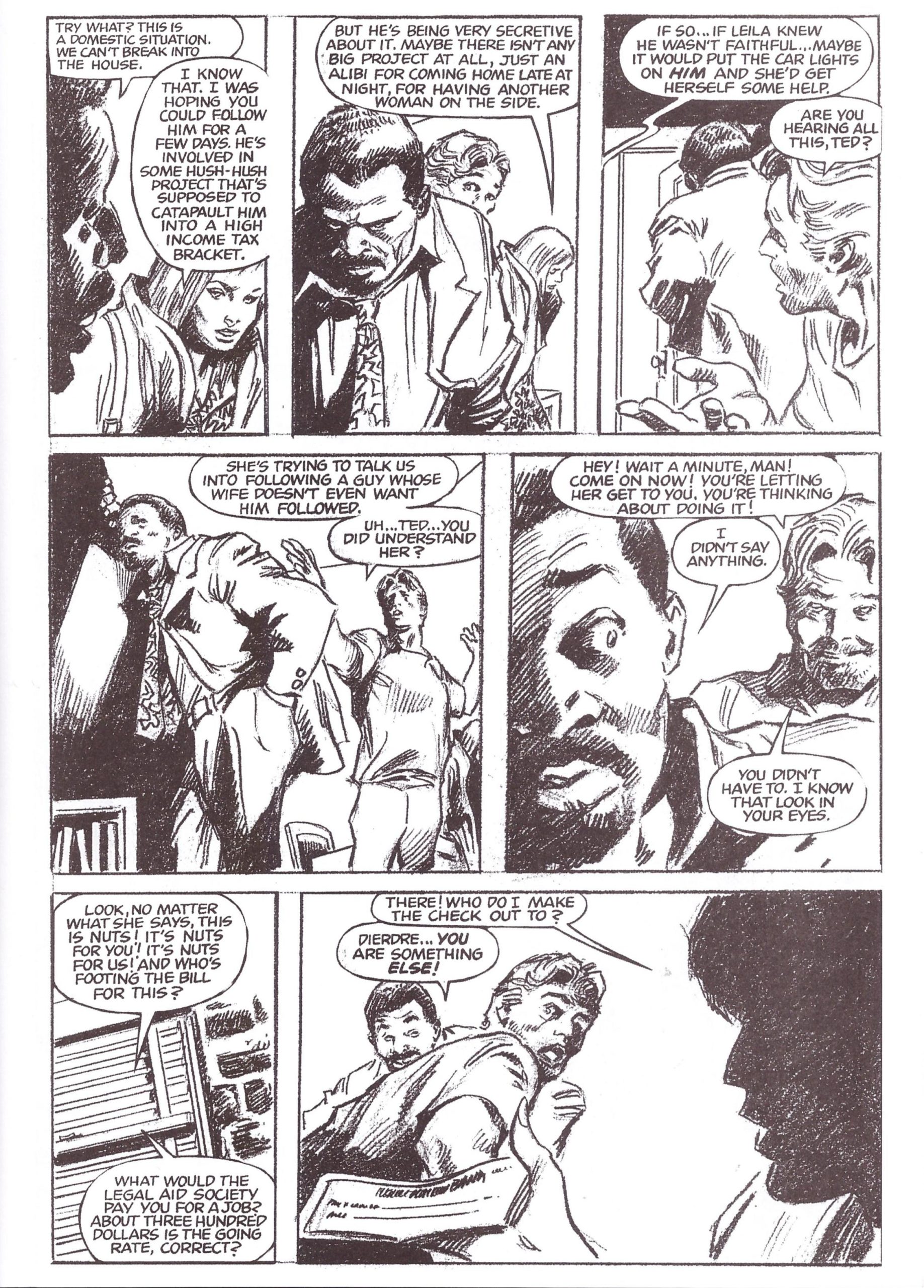 Five years after A Remembrance of Threatening Green Don McGregor returned his detective cast in A Terror of Dying Dreams, although it didn’t appear as a graphic novel until 1999. It’s a considerable improvement, most immediately for Gene Colan being an artist whose foundations are solid. The art is reproduced directly from his pencils, in places gorgeously expressive, the cast having a depth and weight they previously lacked.

At Marvel Colan was always more comfortable with civilian scenes than superhero action, giving them a refinement and elegance, which is the pattern followed here. He’s not keen on backgrounds, which are almost always sketchier than the figures (although there are exceptions), but years of practice have provided an instinct for the dramatic viewpoint and how to draw the eye across the page. He tones down the fashions, so there’s also a more timeless quality to this adventure.

It’s not just Colan making this a better read, however, as McGregor has changed his approach. While some sections remain boxes of descriptive text accompanying illustrations, he’s no longer attempting to squeeze in the word count of a novel. The cast retain their depth, but their dialogue largely concentrates on the matter at hand. Bob Rainier is still the more dissolute of the detectives, sleeping in the office, while Ted Denning’s difficult relationship with his father is explored, although that’s eventually dropped amid everything that follows. The big improvement is the balance between plot and definition previously absent, and the banter, often forced before, has settled into something natural.

In 1980 just featuring a lesbian couple was enough to make Detectives Inc. stand out. This time McGregor’s highlights domestic violence. It’s harrowing and explicit, and when McGregor wrote A Terror of Dying Dreams it was still a topic about which most people gave little thought and all too many women accepted as a matter of course. It’s also hammered home, McGregor shocking with his research, and providing a realistic portrayal of a woman defending her violent husband and lashing out at those attempting to help.

An occasional slip into verbal excess occurs, but overall A Terror of Dying Dreams is a decent crime story deserving greater recognition than its predecessor. If you want to compare, the most recent reprint was a hardcover combining both Detectives Inc. stories.