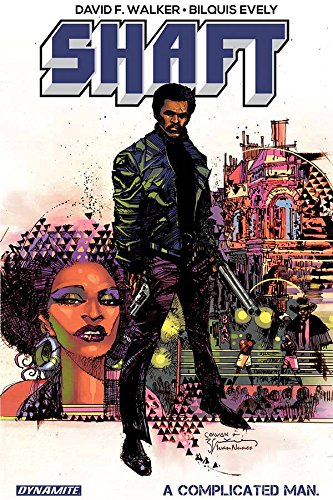 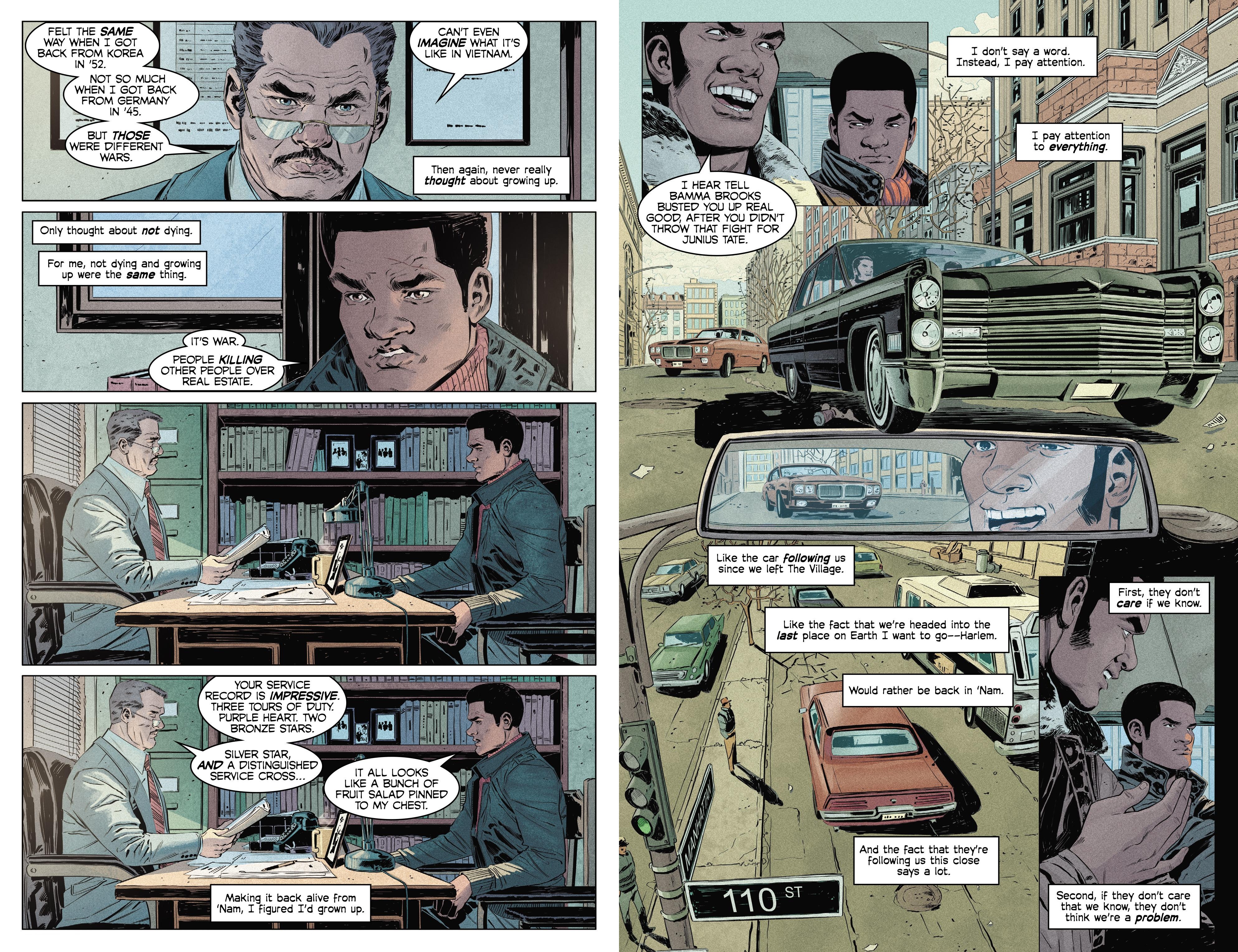 The 1971 film adaptation of Ernest Tidyman’s novel cemented African American private detective John Shaft in the public consciousness. He’s uncompromisingly effective in a society that’s stacked against him on the ridiculous notion of skin colour, immortalised as the sex machine to all the chicks in Issac Hayes’ film theme and embedded in what’s now a byegone era to be viewed through rose coloured glasses.

David F. Walker takes Shaft back to the start of his career. Given a choice of jail or military service he opted for the Vietnam war, where he earned several medals, and in 1969 he’s back in New York at a lost end and with plenty of anger. He has enough pride not to throw a fight, but in Harlem all that earns is the enmity of gangsters, so a job with a private detective agency downtown looks a way out. However, in true crime fiction style, Shaft rapidly becomes caught in the middle of some very dangerous people all looking for someone. As even cursory readers know, however, he’s no innocent there to be roughed up.

Walker is very true to the mood associated with Shaft, that of a man who’s put upon, but never down for the count, even in his slightly younger incarnation. He uses common themes of crime fiction, not least that everyone is compromised, which at times makes the plot predictable, but the strengths are the character and the atmosphere, and that’s equally due to excellent artist Bilquis Evely. For a young Brazilian artist she superbly captures the look of times long before she was born. The cars and locations are beautifully rendered, and you can almost hear the static crackle of the polyester suits. For his part, Walker gives Shaft authentic narrative captions as he muses on people he meets, his surroundings and his past. Within this he comes up with some nice observations, such as how Oz looks much like Kansas if you’re watching the film on a 1960s black and white TV.

Shaft’s an endearing personality, one who does what’s necessary, but maintains a strong conscience, and Walker brings that through effectively, along with an underlying world weariness. Part of that stems from the attitudes of the times, and contributing to period accuracy is widespread casual racism, delivered in full as deliberately provocative, both with regard to epithets applied to African Americans and those descended from other immigrants. It may offend, but is true both to the times and the Shaft novels. So is pretty well everything else, and the attention to detail and character makes A Complicated Man a thrilling read. Imitation of Life followed.