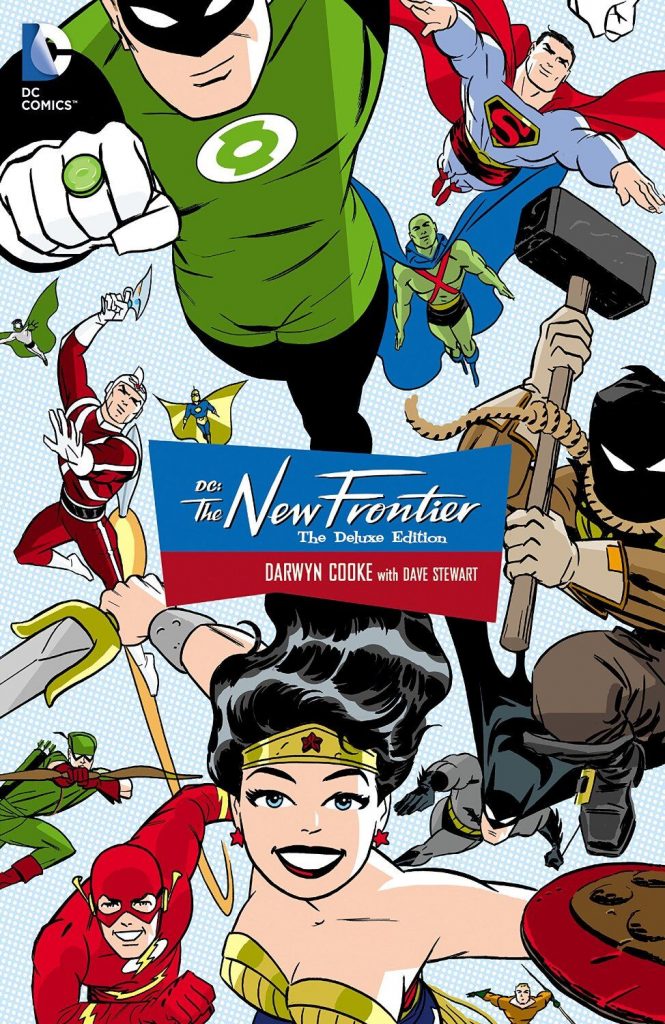 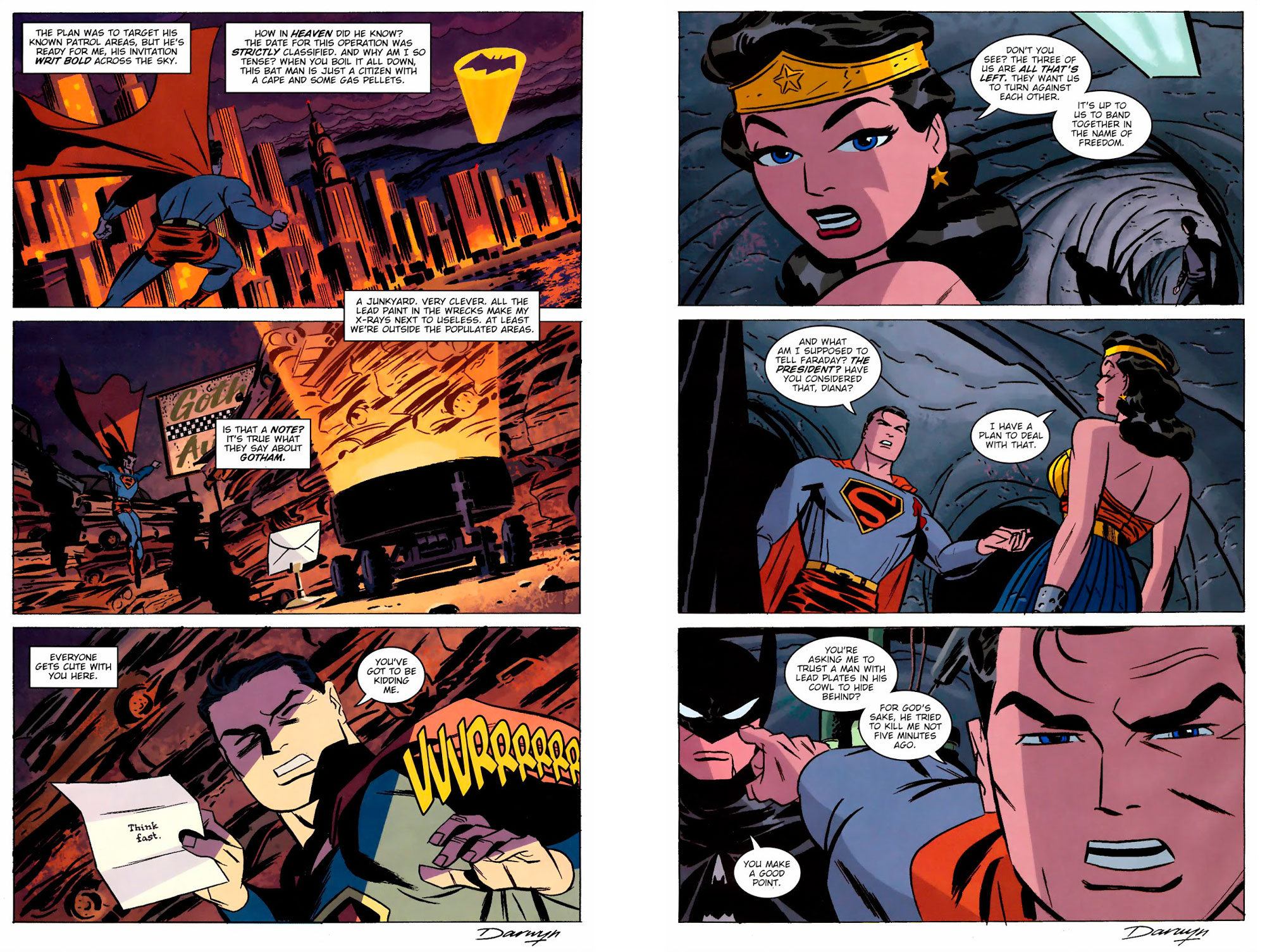 Writer/artist Darwyn Cooke’s award-winning The New Frontier is an Elseworlds-style alternate history of the DC Universe from the so-called Golden Age in 1945 to the birth of the Silver Age in 1960. Superman, Batman and Wonder Woman are joined by new heroes The Flash, Green Lantern and The Martian Manhunter among many others, coming together to battle an alien invasion and then continue their association as the Justice League.

First published in two volumes as trade paperbacks in 2004, an Absolute Edition followed in 2006 adding more story pages to the original saga along with an annotated commentary, sketchbook, cover gallery and behind-the-scenes design work. Cooke returned to The New Frontier with another three stories to accompany the release of an animated film of his series.

This 480-page Deluxe Edition collects all the content from the first, now out-of-print Absolute Edition plus the 48 pages from the subsequent The New Frontier Special, at a larger size than regular DC book collections, 18 x 28cm. It’s available in both hardcover and softcover versions, and is the definitive collection of this series except for one small omission: a short story featuring King Faraday which appeared in Darwyn Cooke’s issue of Solo. That last story has subsequently been collected in the lavish, slipcased Absolute DC: The New Frontier 15th Anniversary Edition, which really is now the final word in all things New Frontier. However, if that double-sized volume is too big for your shelves or your budget then this beautifully produced deluxe edition is what you need, generously proportioned, showcasing this epic slice of superhero adventure perfectly.

One more reprint of this series followed in 2019 with the DC: The New Frontier: Black Label Edition, a softcover that features the same content as this Deluxe Edition but at the smaller, regular size of standard graphic novels.