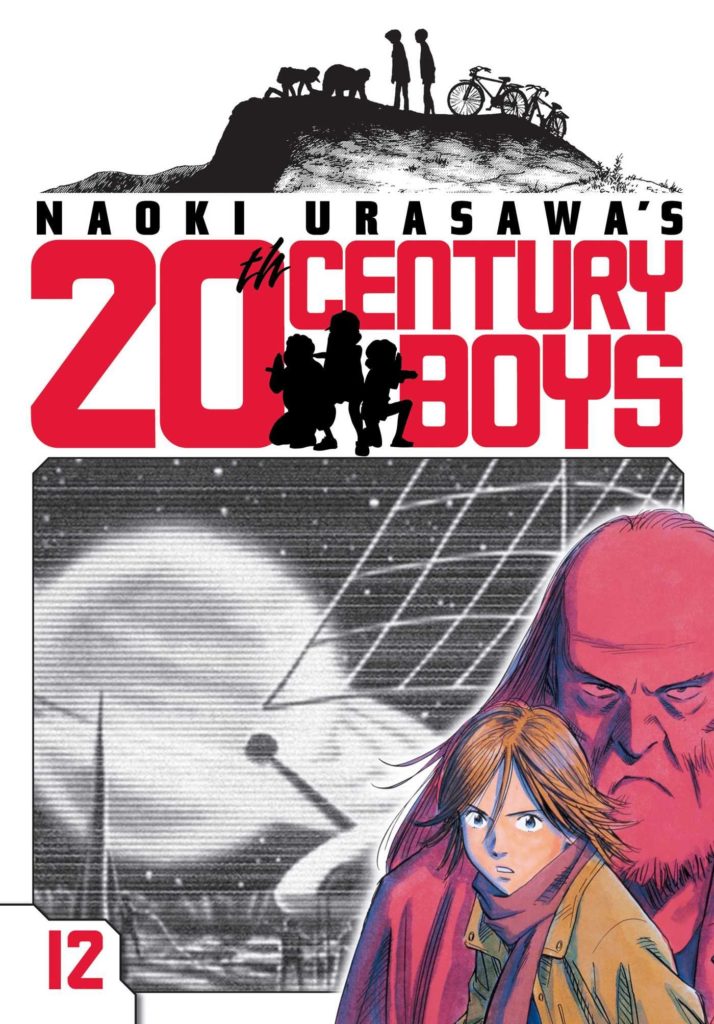 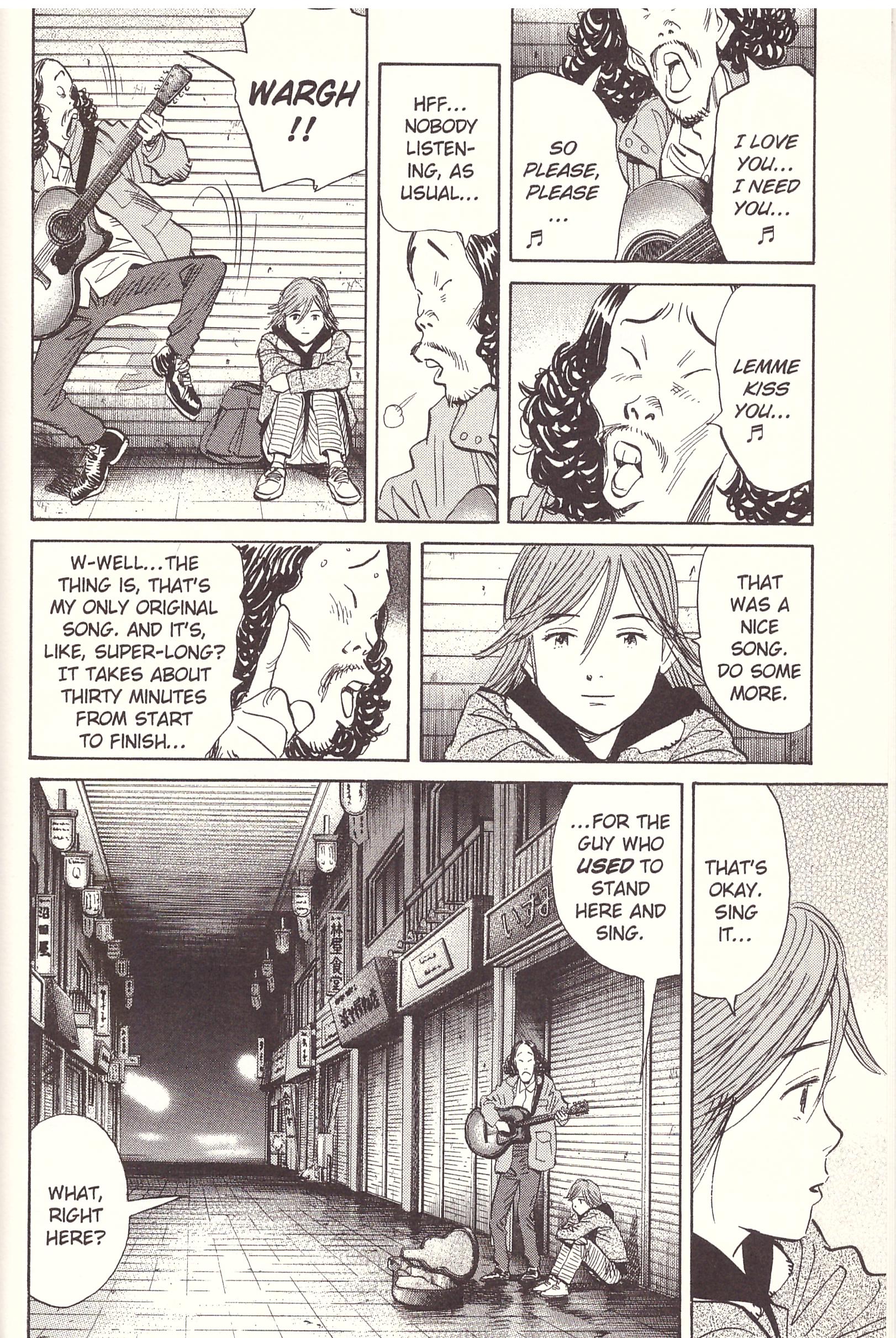 What a tease that title is. After eleven previous volumes, are we finally going to learn definitively who the mysterious Friend is?

If that’s the case, then Naoki Urasawa certainly leads us in slowly, looking at where various cast members are on New Year’s Eve 2014, fourteen years after everything changed. It’s a chapter of hints and some revelations, the most significant of which is the discovery of what Kenji’s friend Mauro has been doing for the previous fourteen years. We also meet Haru Namio, a beloved Japanese pop star with a back catalogue and a legacy, but also with some artistic talent.

Urasawa is immeasurably skilled at building expectations toward a certain point, then withholding the climax, instead leading readers elsewhere and constructing something equally compelling. After List of Ingredients the expectation would have been that more is revealed about Kanna’s new allies, when in fact they’re barely seen for a while. Something barely seen over the previous eleven volumes is Urasawa resorting to the plotting of convenience, yet that occurs here when Otcho has a flashback to childhood and a very significant memory. As established, Otcho’s had many years of solitary confinement in which to consider his past, so this incident just dropping into place is a clumsy patch, but into something clever, compelling and a real shocker. Being a master manipulator, Urusawa moves the attention to a different character for a chapter after dropping the plot bomb. That’s not even at the halfway stage, and by switching between three scenes for the remainder of Friend’s Face Urusawa keeps the tension at maximum.

Amid that, there are nice touches showing the depth of the plotting. Over the first six volumes 20th Century Boys was set primarily in the late 1960s and early 1970s, when an item of wonder was the Expo held in Osaka, Kenji and friends desperate to visit. When related in The Prophet, it appeared merely a dead end, a nice interlude, but all this time later, the Expo visit has immense significance in conjunction with the haunted house story revealed in The Faceless Boy.

Do we see Friend’s Face. Oh yes. We learn his name as well. Urusawa amplifies the rejections of childhood into something that festered for years before emerging in terrifying fashion. All the evil of Friend, the appalling things he’s done and that have been done in his name stem from childhood isolation and anonymity, never being part of the gang. However, Urusawa has been so good for so long even with the evidence in front of us there’s the nagging thought that he’s going to pull the rug away again. Will Beginning of the End reveal all? Friend’s Face is a phenomenal page turning read for anyone who’s read the series from the start, and with another nine volumes to go, the feeling is Urusawa is only warming up.

This was later reissued combined with The Faceless Boy in Perfect Edition 6. 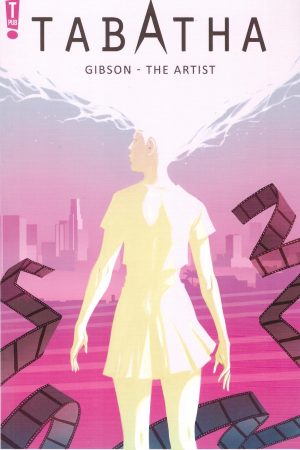