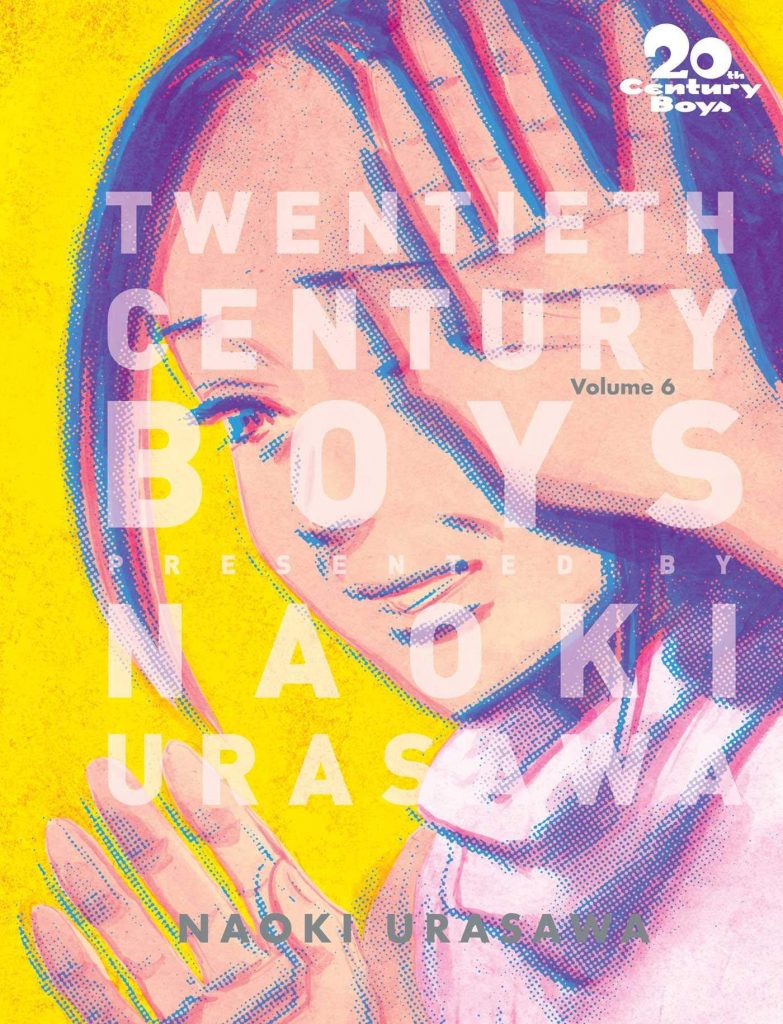 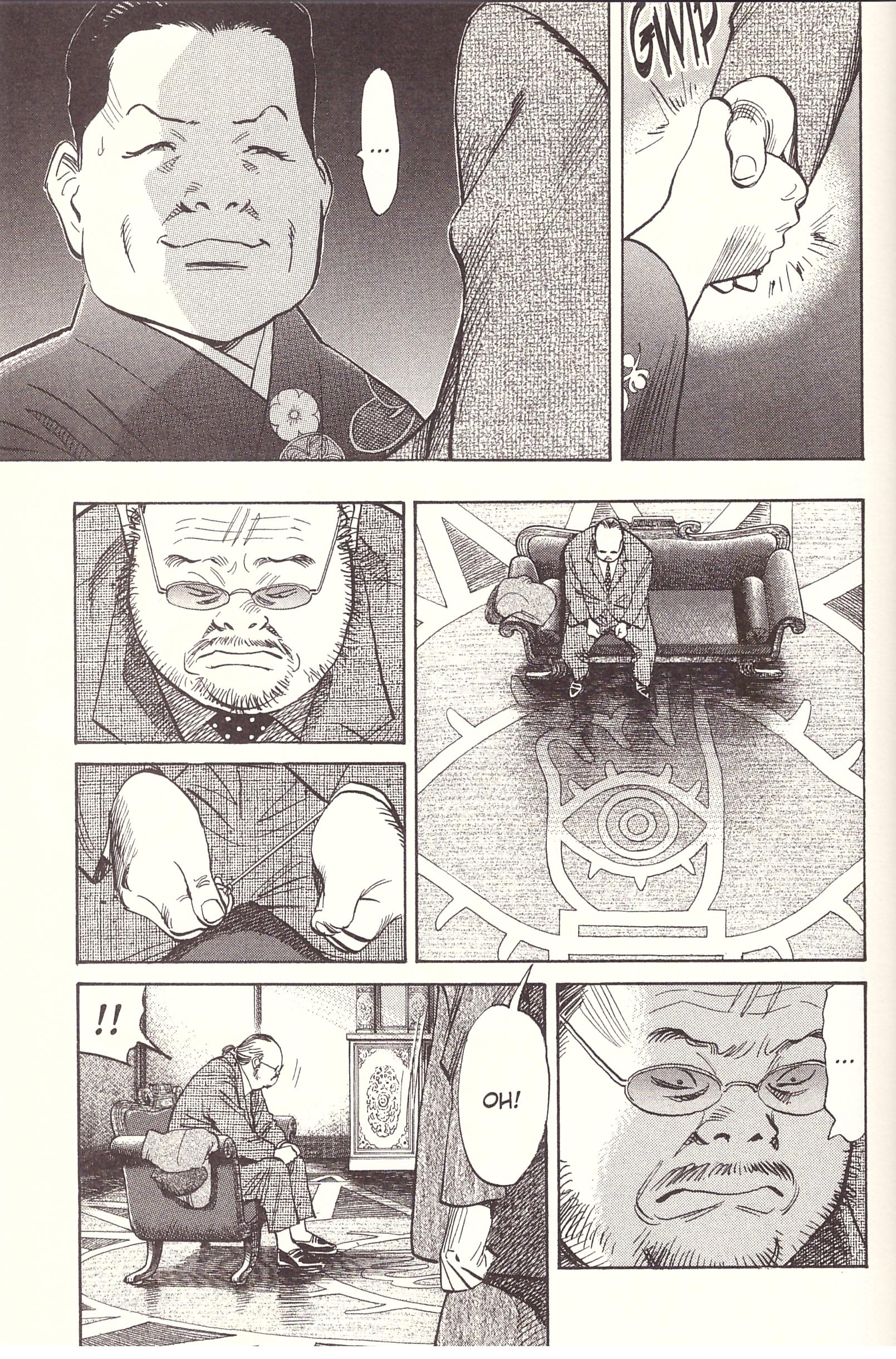 For several previous volumes Naoki Urasawa’s major mystery has been just who Friend is. We know he’s one of a group of school kids who hung around together in the late 1960s, and we know he’s now the leader of a political party that retains popularity despite their poor attitude to personal freedom, some of which is shown in this volume. What people don’t know is Friend caused the disasters ultimately ensuring his popularity. By the end of this volume, no word of a lie, we learn not only Friend’s name, but see his face as well. That being the case, it might be assumed there’s nothing left to drag us into future volumes, but rest assured, that’s not the case, as Perfect Edition Volume 7 proves.

The big revelation ends this volume, and before then several characters have a very hard time of it, most pertinently Kanna, whose discovery closed Volume 5. However, by this point readers have learned to distrust Urasawa. It’s not that he plays us false, but he’s a master of deception. He’s also a master artist, and with 20th Century Boys such a long story it’s easy to overlook how good he is. The sample art is chosen at random, but is a great example of how good Urasawa is with character. The guy we see in the top left is a celebrity, and is seen to have the confidence accompanying the status, while his manager has a guilty secret, and isn’t privy to the meeting with Friend. He’s worried about being found out. The groundwork for the scene has been laid in earlier pages, so no dialogue is needed here to convey what’s needed. Each volume begins with a cast list, a small picture and personality description, but Urasawa’s design work is so strong we can recognise the major characters easily despite the story spanning fifty years.

Even before we get to Friend at the end, Urasawa’s generous with the revelations, although in Otcho’s case the recovered memory is a little too convenient. What he remembers, though, is a real shocker, and one of several cases where Urasawa teases by moving the attention elsewhere after dropping the bomb. There’s also a good revelation about the visit to the Expo in 1969, which when detailed in Perfect Edition 1 just seemed to be a nice coincidental use of an event happening at the time. Here the significance is massive.

The end of the volume is just the halfway point for 20th Century Boys. It’s been a fantastic journey reaching it, and there’s no letdown over the remainder. If preferred, his content can be found in used copies of 20th Century Boys 11 and 12. 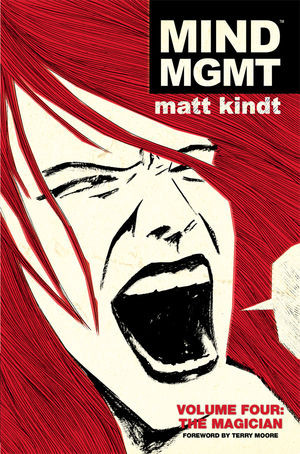