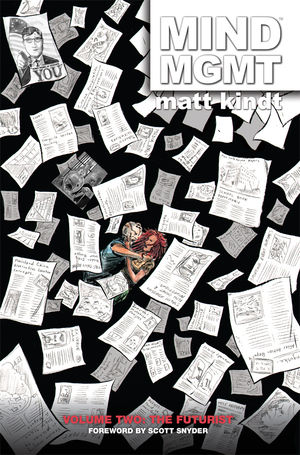 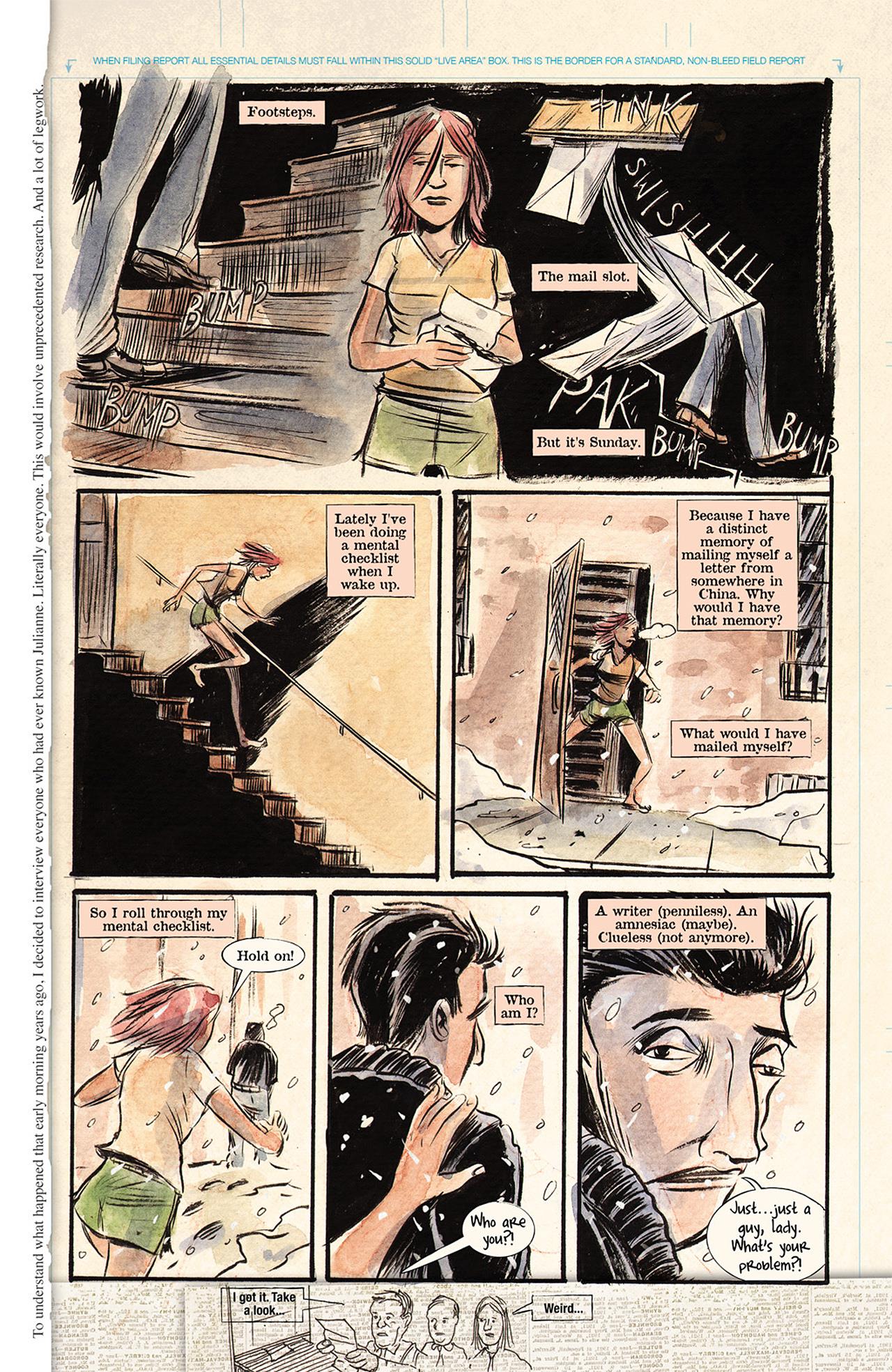 It’s a brave and daring move opening the start of your second volume exactly the way the first began, but then that’s very much the nature of Mind MGMT, where a nagging feeling becomes an obsession that delivers answers then wiped, only for the process to recur. The Manager introduced crime writer Meru and followed her through that cycle. We’re now back to square one, and she has a nagging feeling…

As the first volume detailed, much of the original Mind MGMT organisation was destroyed, its agents scattered and many no longer what they were. However, a woman calling herself the Eraser is in the process of reconstructing the company. As the techniques it employed were developed centuries ago in a mystical place of serene meditation known as Shangri-La, the best hope of preventing the Eraser would seem to lie with a visit there. Kindt’s playing a clever game with the plot. Meru has questions and receives evasive answers, yet the truth is already known to those who’ve read The Manager. It adds an extra layer of uncertainty to proceedings as evasive answers are transparent.

The real gold nugget among Matt Kindt’s writing talents is his ability to engender a mood of suspicious befuddlement, indicating there’s something there, but we’re not getting the full picture because those dots just aren’t entirely connecting. It recalls Thomas Pynchon, and is accompanied by phrases such as “You don’t know loneliness until you achieve complete paranoia.” With that mood established, Kindt’s able to deal with topics such as manipulation via images or even innocuous matters, and swathe them in suspicion. It carries Mind MGMT an awful long way.

It has to. Mind MGMT has a significant downside in Kindt’s extremely basic artwork. His layouts are good, and work in conveying the story, but the execution is poor. There are pages where the watercolour architecture has a loose, almost Eisnereque, feel about it, but the eye’s then drawn to badly constructed figures with mis-shapen heads hovering above backgrounds rather than being embedded in them.

As a play on the main part of the narrative occurring in the secretive margins with most unaware of the battle raging around them, Kindt supplies enigmatic extras on the page margins. The left hand side to some chapters relates one of Meru’s previous investigations. Pay attention. Others enhance the main narrative via other methods, and these are further informed by two page back-up strips following each chapter, eventually packing a big surprise. By the end of the book we’ve learned considerably more about one character’s past in what’s now an expanded cast, and it appears that some lines have been drawn.

With the art looking as it does, it’s extremely difficult to provide a wholehearted recommendation for Mind MGMT, and that’s a pity as the plot continues to puzzle and intrigue. It continues with The Home Maker.