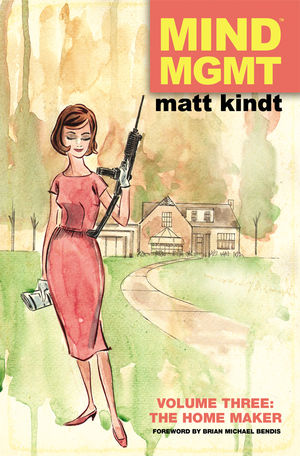 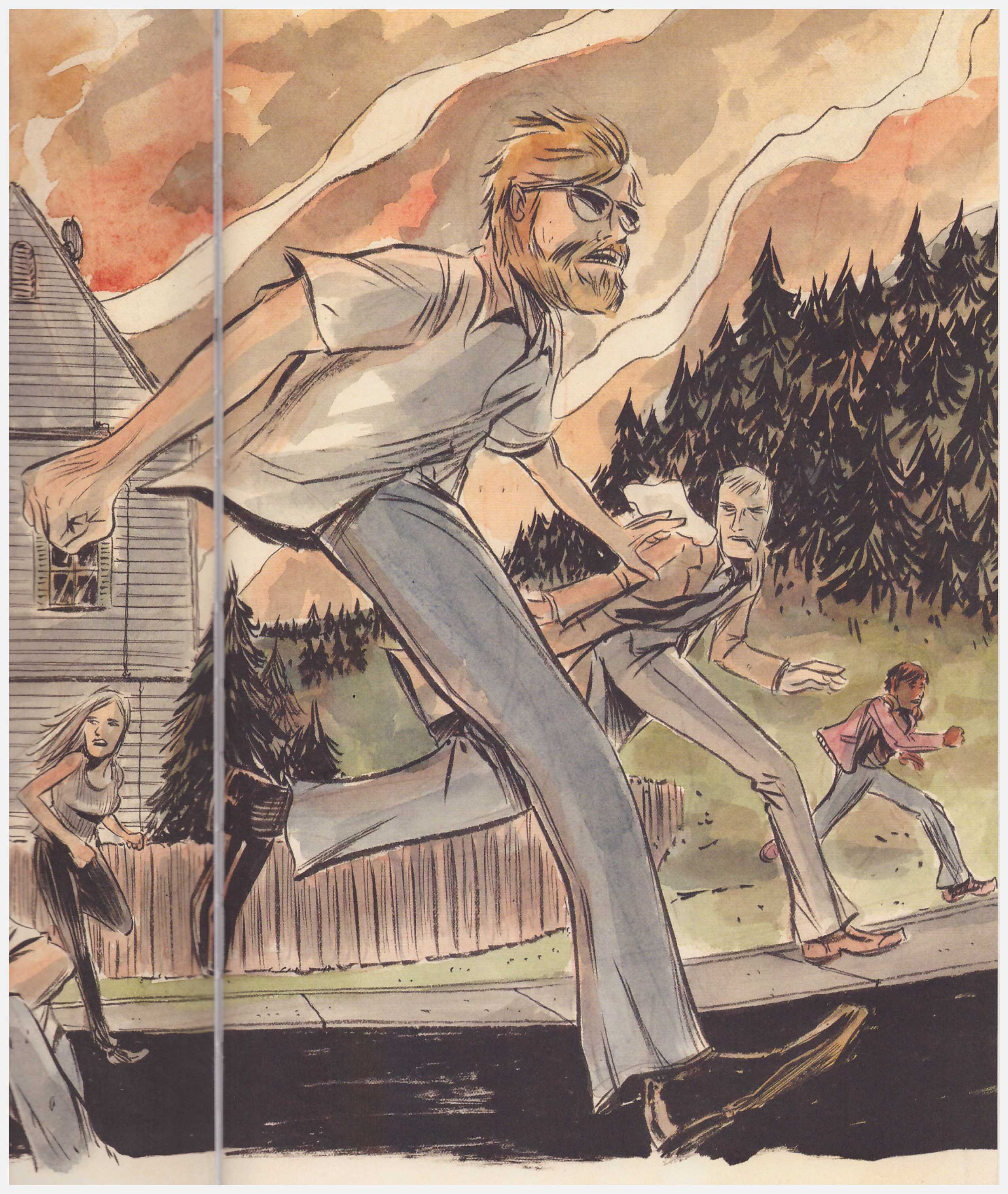 Mind MGMT began with true crime writer Meru researching her second book, with which she’s having considerable problems. By the time The Futurist concluded we’d learned Meru is much more than has been originally assumed. She accompanied another bunch of former Mind MGMT employees to the source of the ideology, there learning the truth about herself and others as Matt Kindt cleverly redefined events from her recent past. Yet that’s all irrelevant to the opening chapter, which is Kindt’s clever all-purpose David Lynch picket fence pastiche.

From there we move forward considerably as Meru figures out who she is, and why she’d be considered a dangerous presence by anyone involved with Mind MGMT. Or is that just what someone else wants her to think? You see that’s the way the series works, with uncertainty forever underlying any revelation. If someone’s able to mess with your mind, how can you know anything?

Let’s take it as gospel for the time being as Kindt appears to be in a very giving mood, each chapter concentrating on a different character and filling in a great deal of background about events we already know a little about. Those who’ve read the snippets along the sides of the pages in previous books are now rewarded with their extra knowledge, although the idle skimmer will still pick up the information required. As with the previous books, a compelling world of conspiracy, control and counter-strike unfurls, but that world has one massive drawback.

It’s that Kindt also illustrates the series. Just running the eye over his pages briefly reveals a good sense of layouts and a sketchy style, but looking more closely reveals how everything disintegrates as soon as a human being is involved. Even accounting for each artist having their distinctive style Kindt’s cast look wrong. At one point he chillingly sets up a scene with multiple homicides, choosing to illustrate it as a foldout, but it’s not greatly removed from the classroom drawing of a bored and morbid child. Henry Lyme looks to be a man with one leg that emerges from his stomach.

Anyone who’s invested this far with Mind MGMT isn’t going to concern themselves with that as the plot continues to be deep and compelling. There’s a key scene toward the end of the book when Meru has to make a decision. “I could judge him by everything he’s ever done to this point. He’ll always fail that test”, she muses, “or I can judge him by what he’s doing now. And the truth is what choice do I really have?” It’s the crossing point between what we’ve read so far and the next phase of Mind MGMT, which continues with The Magician.