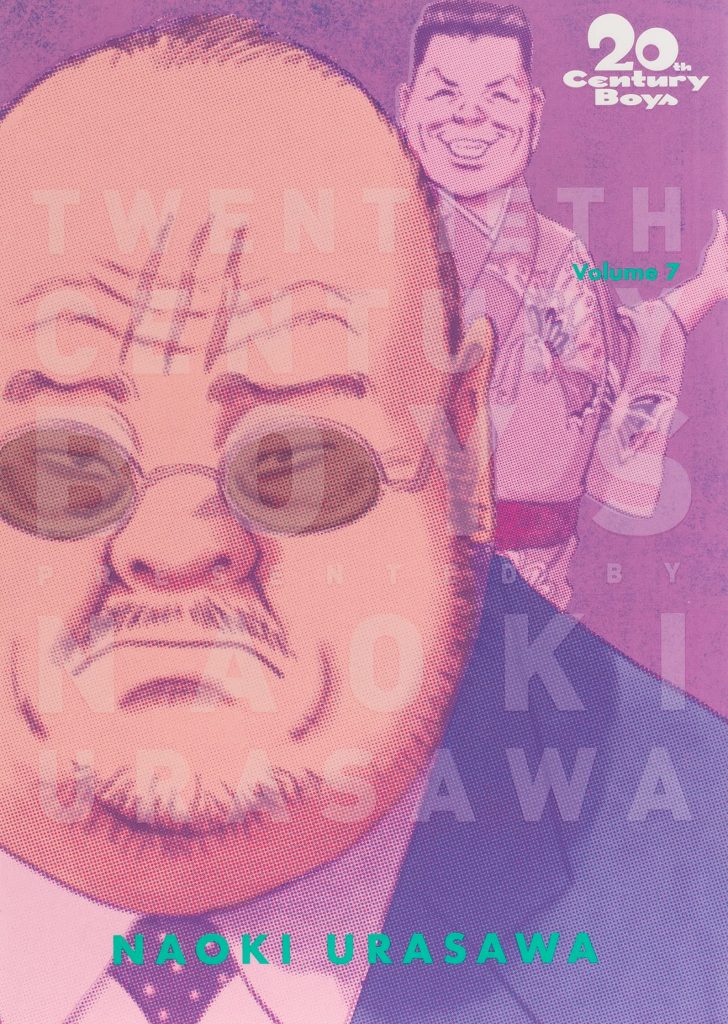 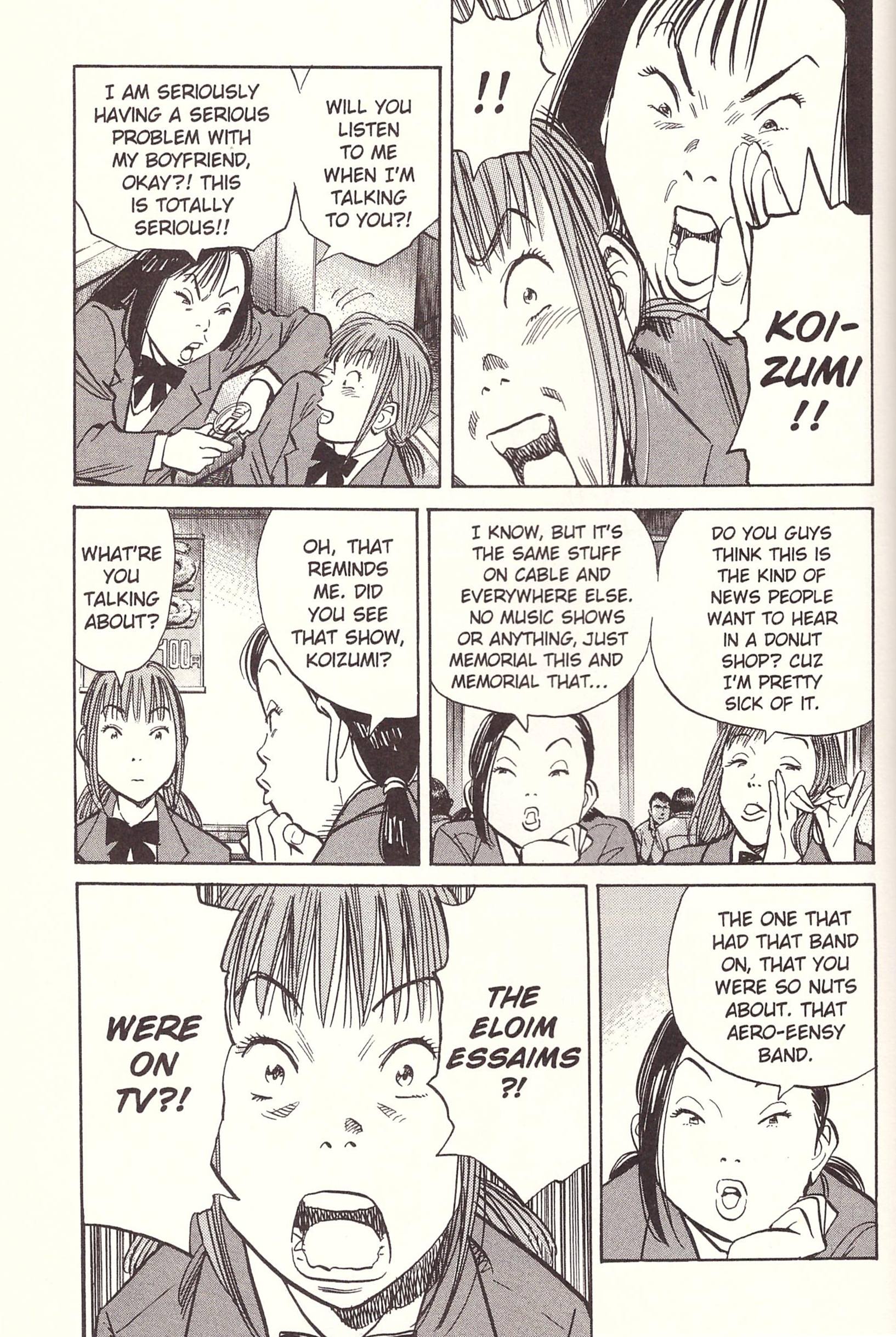 Much of 20th Century Boys to date has concerned itself with the identity of a manipulative masked politician calling themselves Friend. Without giving anything away, after Perfect Edition 6 that’s no longer an issue.

For any other series reaching the halfway point such a major resolution might be the death knell, but Naoki Urasawa has built his cast well and planted his mysteries deep. There are a lot of people we care about, and a horrific new threat on the horizon, once again conceived by a bunch of schoolkids when they were mucking about in the early 1970s. It’s now 2014 in the world of 20th Century Boys, Friend’s political party isn’t going to be dislodged from power in Japan, and there’s still a desperate battle to be waged against them by those who know the truth.

Much of what occurs until halfway is in effect transitional, skipping around the cast and showing how they adjust to changed circumstances. In a particularly audacious scene supplying the sample art, Urasawa moves the plot forward via a bunch of teenage girls having a discussion in a burger bar. Thereafter what happens in Japan has an effect on the wider world, where several people we’ve seen now reside, and then Urasawa snaps that shut by having Yoshitsune revisit the virtual world of 1971. That occupies almost the entire second half of the volume, and is a nailbiting exercise prompting many questions, the most important being whether Friend Land’s version of 1971 really echoes the truth, or whether it’s just more manipulation. Reducing the cast down to under a dozen doesn’t affect the suspense at all. Urasawa plots so tightly that he’s still able to switch masterfully from one character to another at a desperate moment, then engage us just as fully in the new location. It’s not quite the thriller the opening half of the volume was, but, hey, we’re talking about a phenomenal series from start to end, so standards never slip very far.

In the original paperbacks this content covered volumes 13 and 14.