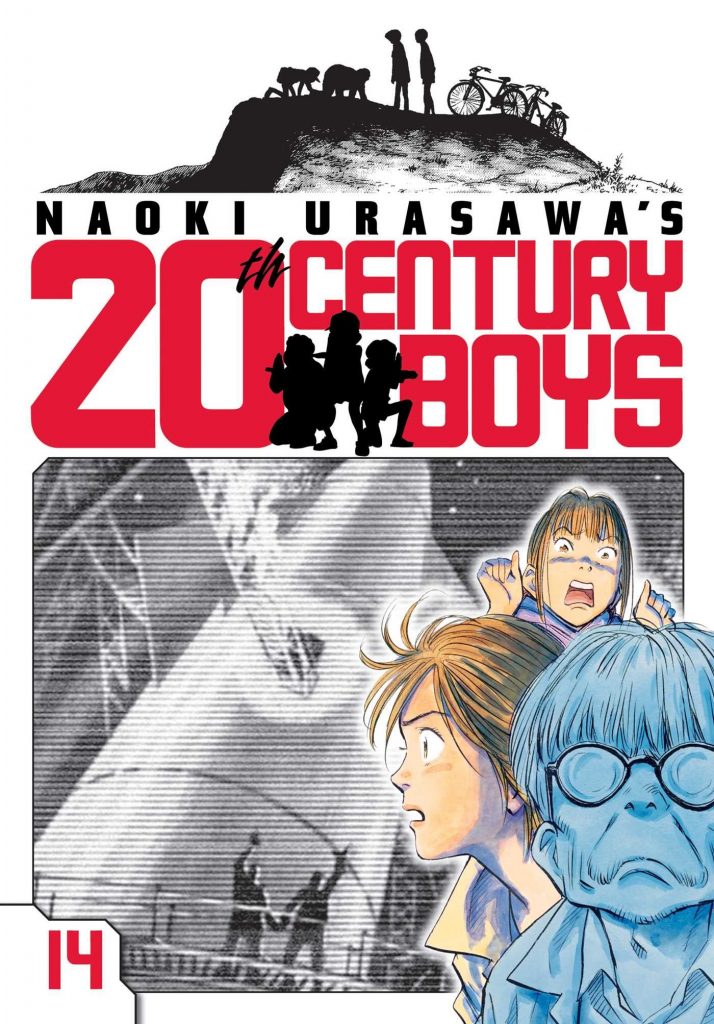 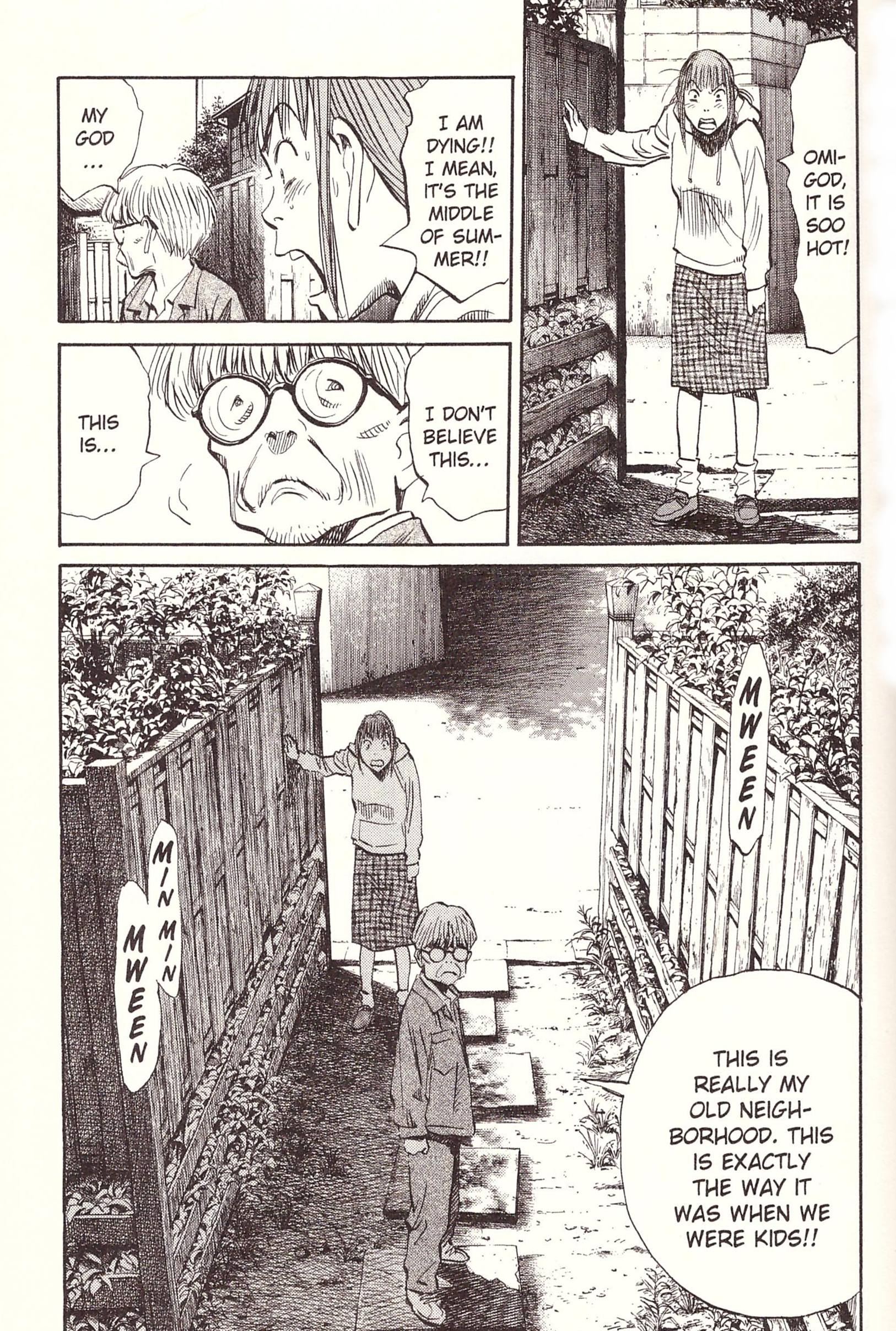 A world in turmoil with an unknown disease sweeping through humanity? An appallingly high death rate well above 2020’s covid outbreak separates the events of 2014 in 20th Century Boys from reality, but both leave a world in turmoil. As readers discovered, Beginning of the End wasn’t Naoki Urasawa signalling a long, slow crawl to the finish of his series, but instead a reference to humanity as a whole. With their leader dead, a power struggle occurred within Friend’s organisation, and the winners have unleashed a virus for which only one person has a vaccine, leaving people dying in their millions. However, Kanna and her group know the truth about Friend, but not about the vaccine, so their plan is to re-enter the virtual world of 1971 (last seen in The Faceless Boy) as a means of possibly accessing Friend’s plans and how they might be stopped.

The starting purpose is to spotlight Yoshitsune. He was a normal child, but since being reintroduced in 2014 he’s been a melancholy person, glad he’s no longer fighting a battle single-handedly, but pictured as if he never believes winning is a possibility. He’s careful and considered, and among those who discover it he’s the person who can fully understand the truth of a mystery that’s been hanging over the series since the earliest volumes.

After spreading his plot over the world in Beginning of the End, it’s the small section of the virtual 1971 that occupies A Boy and His Dream from start to finish. The enclosed environment returns Urasawa to action drama, which he masterfully supplies, switching from one scene to next at pivotal moments to create an amazing suspense. By the end we’ve had more revelations and it seems someone may not be as dead as has been assumed. However, in a virtual world surely anyone can be anyone else, so how much truth have we seen? We may find out in Expo Hurray.

While tense and thrilling, this isn’t quite the masterpiece the previous volume was, but it’s still very, very good. It’s been a different type of thrill, and Urasawa knows exactly how to play his plot for maximum audience appreciation and frustration. This is also found as part of Perfect Edition 7. 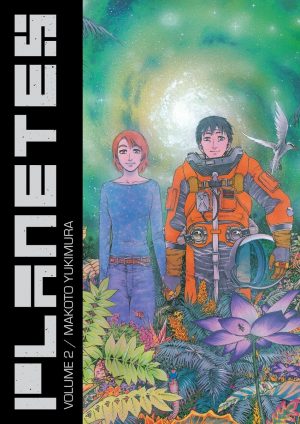