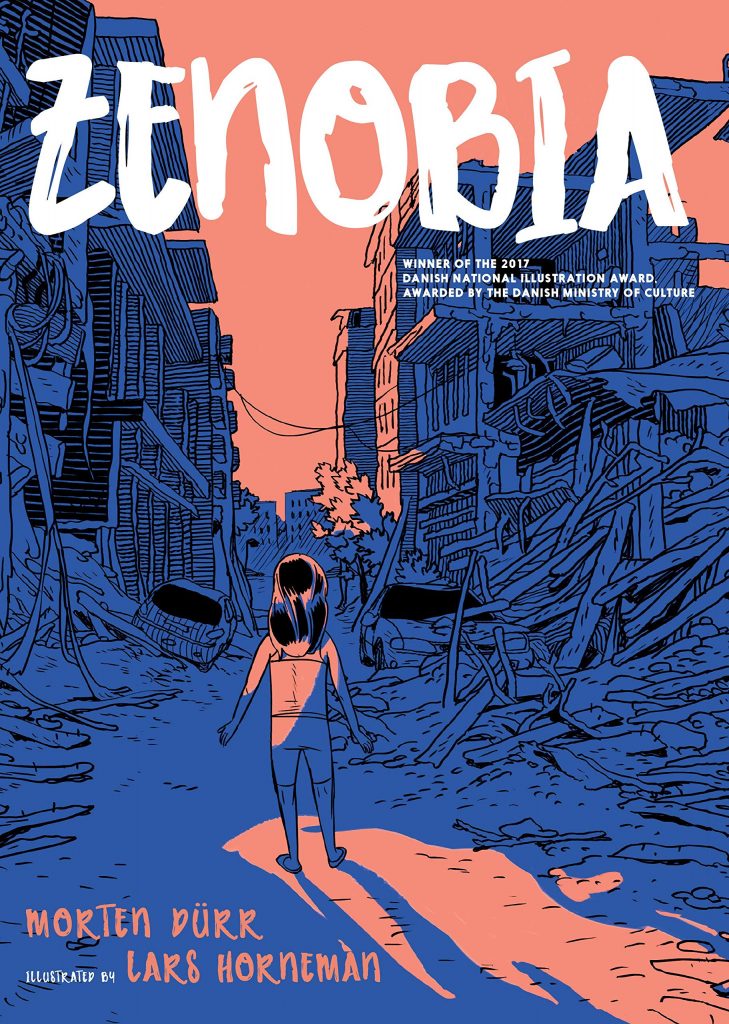 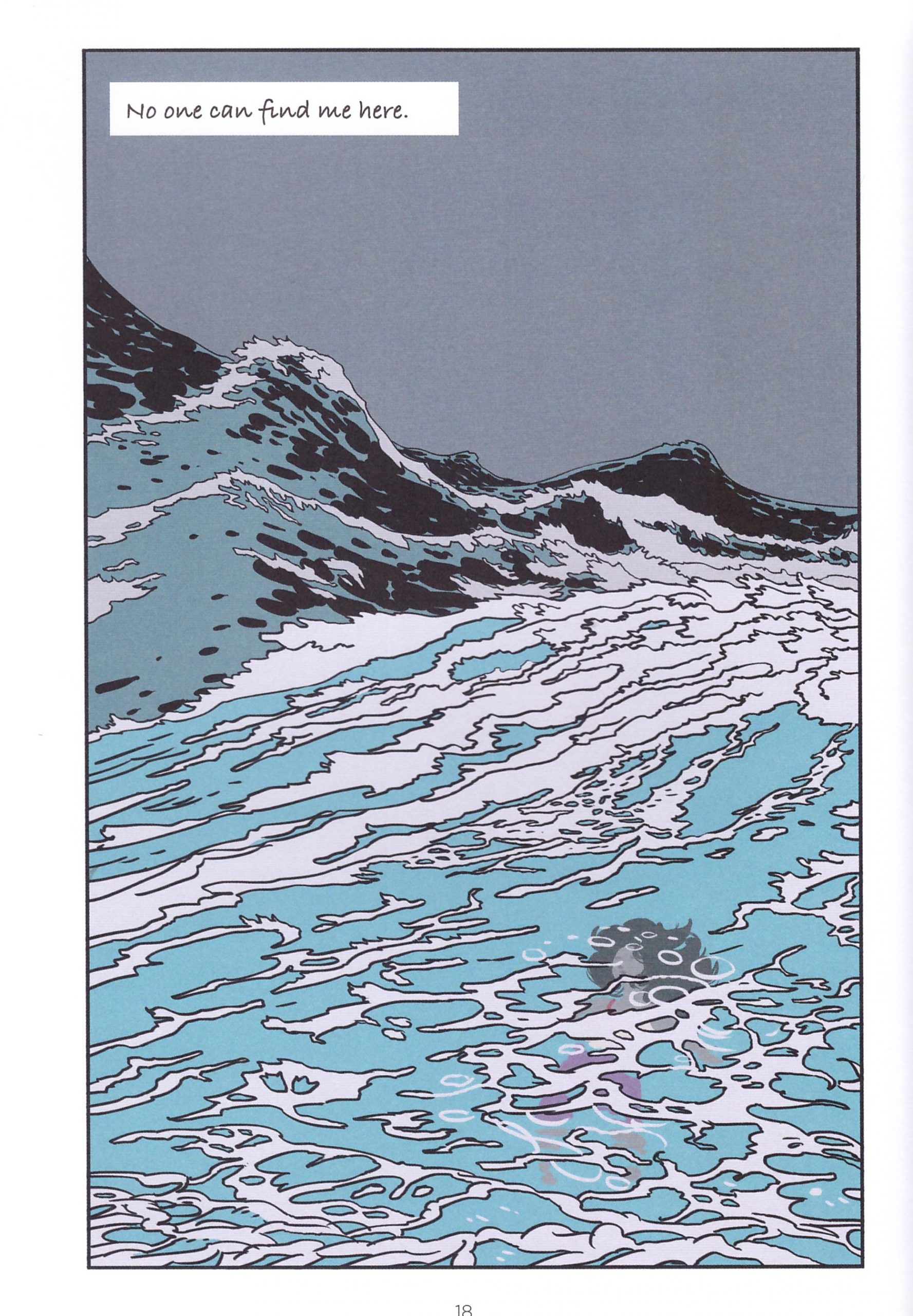 In Europe the matter of asylum seekers is very much the political hot potato. For every person able to understand the desperation and grim experiences that prompt genuine refugees, there’s someone else who believes the right wing press narrative of parasites wanting to take advantage of supposedly idyllic European societies. Whether or not people demonise asylum seekers is a true test of their humanity.

That brings us to Zenobia, a clever title with two meanings, one only revealed near the end. It’s the story of Syrian refugee Amina, a young girl whose life is flashing before her eyes as she drowns at sea. It’s tragic, and isn’t intended as any form of comfort by writer Morten Dürr. He starts with Amina one of many people escaping Syria on an overloaded small boat, and intersperses scenes of that with her recent past, beginning with one final happy memory before her life becomes ever more upsetting. She takes everything in via an almost shellshocked detachment, her narrative captions plain and simple.

It’s the approach also taken by illustrator Lars Horneman on a work that earned him the Danish Ministry of Culture’s 2017 National Illustration Award. Only very rarely does he move beyond two panels per page, and tells much of the story via single page illustrations. The sample page has the beauty of one of Hokusai’s wave pictures, and like them it reinforces how nature trumps man every time. As a single image, other areas catch the attention before the horrible truth of it becomes apparent. It’s an example of what seems plain art having a concealed complexity. Elsewhere Horneman deliberately avoids the explicit human horrors of bombed communities, choosing instead to present the means and results, leaving readers to join the dots.

Zenobia is as simple as graphic novels come, a single statement powerfully made and easily understood, and unfortunately not very likely to reach the people who could most benefit from the understanding.