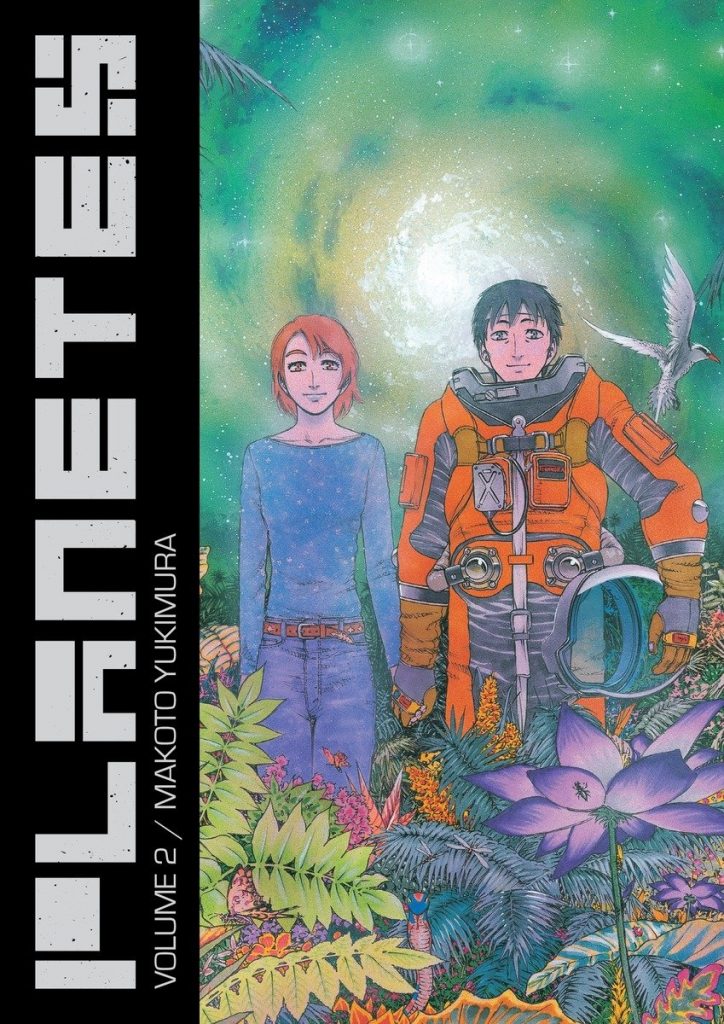 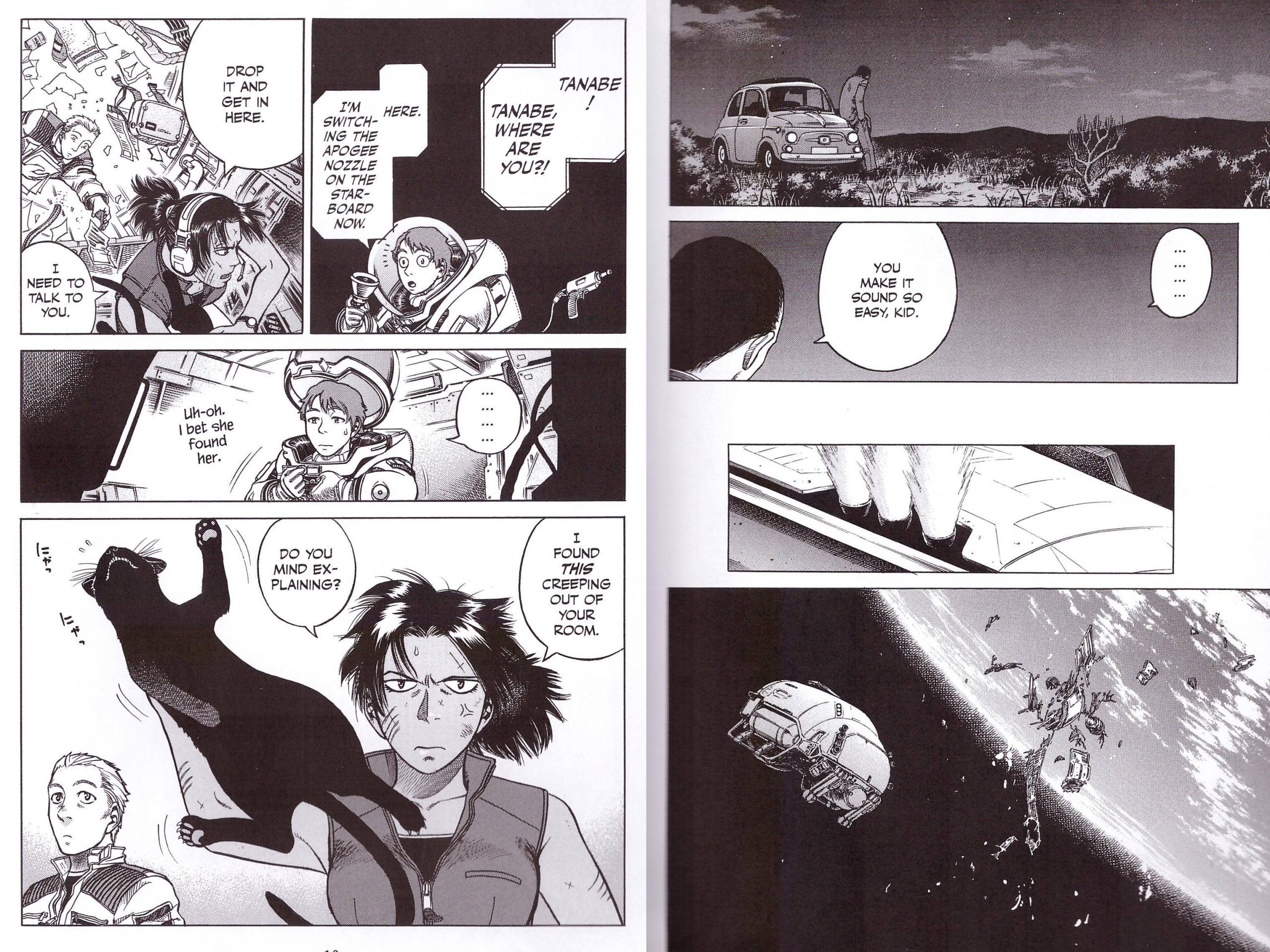 What began as a character-based look at the crew of a space garbage collecting ship in 2074 developed into something steering well clear of expectation. Central to Planetes is a forthcoming journey to Jupiter, stretching humanity’s capabilities further, and Makoto Yukimura uses the idea of man gradually pulling free from Earth to explore multiple themes and concepts, isolation often featuring. Over the first Omnibus this was primarily through Hachi, increasingly determined to change and be a part of that Jupiter mission, but has he been pushing himself too hard?

That situation is gloriously, unexpectedly and heartwarmingly resolved over the first two chapters of this volume, after which Hachi fades into the background until a spectacular return at the end. The other leading characters are Tanabe and Fee, two women also introduced collecting space garbage. While that remains their background, Yukimura, who places humanity at the heart of Planetes, mixes revelations about them with smart short stories using the world he’s created. These can range from whimsical comedy, such as the story of a new space garbage collector claiming to be an alien, to philosophical contemplations about man’s place in the universe. His approach is endearingly personal. Most other creators would prioritise the action of a war in space, but that war only interests Yukimura as a means of exploring one of his cast. The circumstances and diplomacy occur in the background here, unfurled as leisurely as everything else, Yukimara evolving his own sedate pace for a world used to velocity.

Yukimura’s art is consistently fascinating. His characters are expressive, although all have broadly the same simple look to them, their faces distinguished by hair or skin tone, but when it comes to the technology there’s an insane level of detail supplied. He loves the inside of a spacecraft, and on some pages the craft are detailed not just down to individual panels, but to the rivets holding them together. It’s not over-used, but Yukimura’s sense of juxtaposition is also refined.

An important aspect of these editions when compared to the earlier Viz translations is they’re completed via restoration of the brief colour sequences. The earlier editions opened with them, but omitted the remainder, and while in most cases their omission was trivial, a couple are greatly relevant. One completely recontextualises an early chapter as we now realise Hachi’s purpose in advance of the book’s most emotional chapter.

There’s a slight faltering toward the end, a dull chapter of a crew in space attempting to amuse themselves, the only time where Yukimura’s sense of pacing fails, but Planetes is pulled back from the brink. It’s an unusually thoughtful and humane story, providing few answers, but constantly raising questions that linger, and simultaneously ambitious, heartwarming and fun. 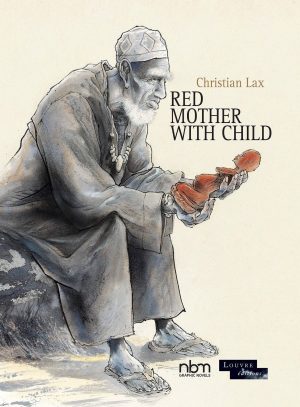