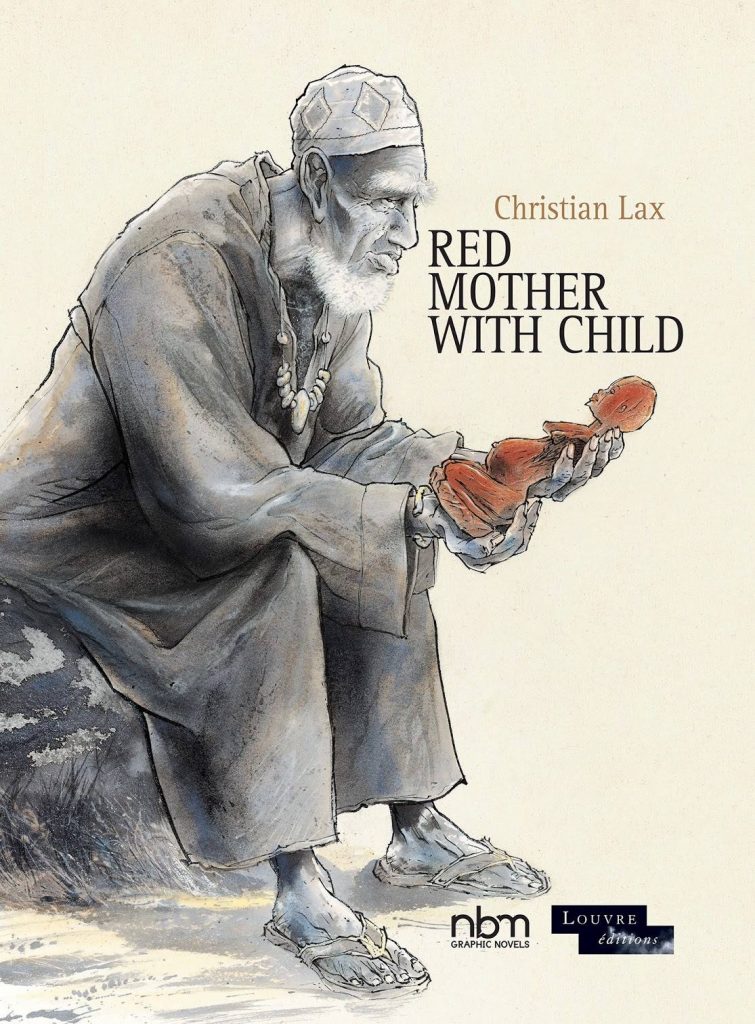 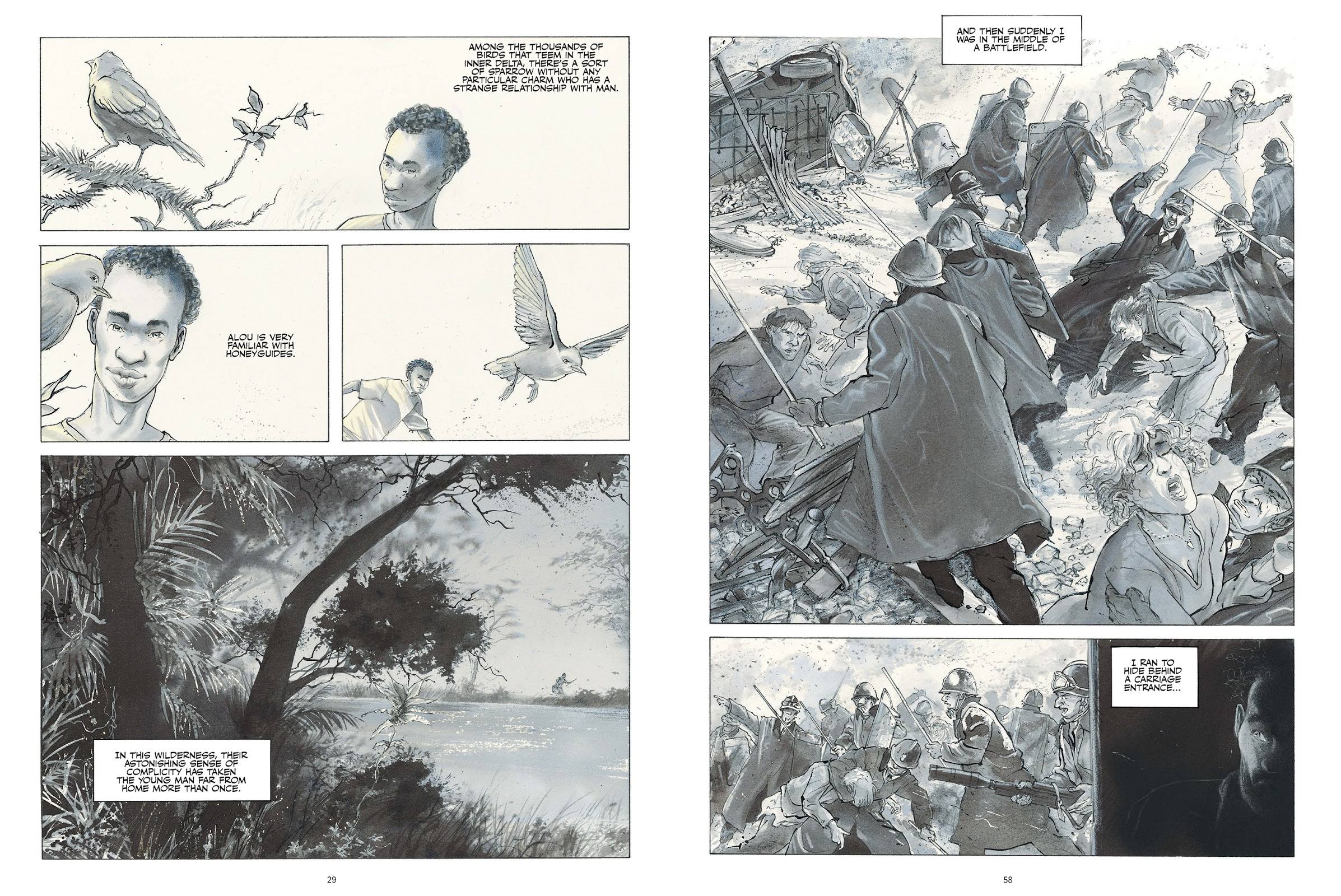 Every year the Louvre museum commissions a graphic novel. The creators are given a free hand, the only proviso being that the story somehow concerns the Louvre and its cultural treasures. Christian Lax places that in a wider context by asking where those treasures came from, beginning Red Mother With Child by showing one last theft before Mali’s 1960 independence from France. He delves further into awkward territory by raising the question of whether all the money spent preserving and protecting cultural heritage can be justified when children are dying of hypothermia when trying to cross the Mediterranean. It’s an interesting question for an artist to raise, yet without a definitive answer. Lax contrasts an admiration of the Louvre with a look at the refugees living in Paris. He’s not short of other reminders of a far from ideal world, as he takes a wide sweep over major events since 1960, his plot prompted by the incursion of Islamist extremists into present day Mali. “Allah is the only creator”, Alou is told, “Didn’t anyone ever tell you sculpting is a sin?” Lax doesn’t comment on the irony of the militants saying this from within a car surely created by someone other than Allah.

In 1960 a child saved one stolen statue from thieves, while the remainder have now found their way to the Louvre, much admired by one of the curators. With the extremists destroying art as idolatrous the now village elder decides the red mother with child is also best placed in the Louvre, and tasks the much younger Alou with ensuring it arrives there safely. This is a monumental undertaking for a youngster, and Lax uses it to show what many African refugees go through in order to reach Europe.

As seen by the sample pages, Lax is a graceful and elegant artist, one whose work looks simple, but that disguises the skill and technique involved, the peaceful grey wash Mali landscape worlds away from the violence of the 1968 Parisian riots. Lax is incredibly observational, and so many delicate little touches catch the eye, such as the folds on a turban, the way the light reflects off waves, or a well worn pair of boots.

Lax doesn’t sugar coat Alou’s journey, nor show a better life in Europe, but his writing doesn’t match his art, with barely anyone more than a voice for a viewpoint. The most rounded creation is the museum curator with a great admiration for the African art sometimes scorned by his colleagues, but he has ethical contradictions, which should have been more pronounced. Everyone else, Alou included, is pretty well a means to an end. However, the questions asked and the beautiful art carry Red Mother With Child a long way. 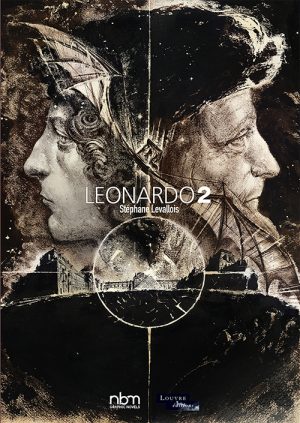