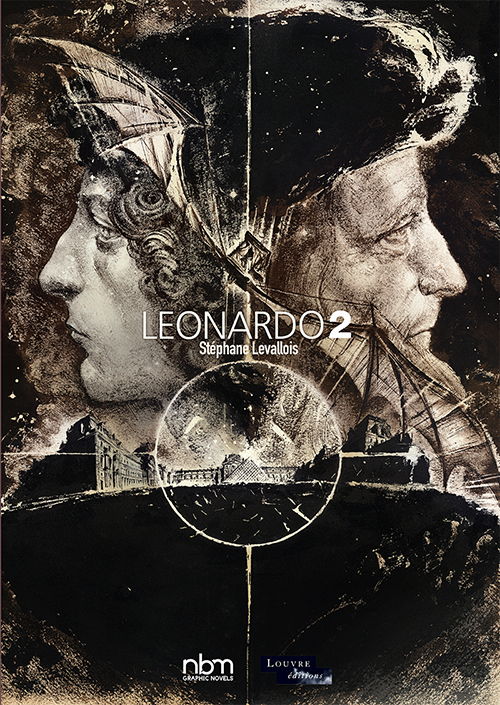 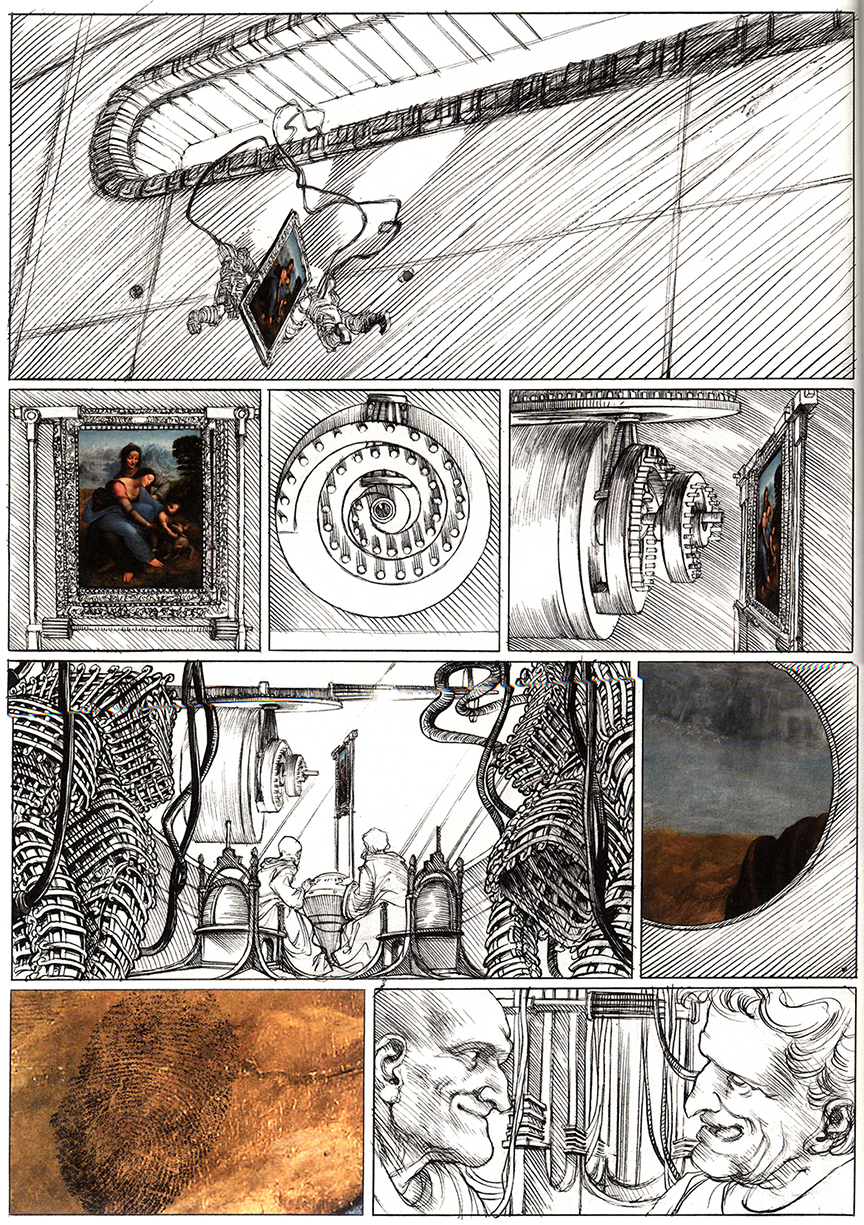 To accompany their exhibition for the 500th anniversary of Renaissance genius Leonardo da Vinci, the Louvre museum in Paris commissioned this imaginative tribute from Stéphane Levallois.

This is the twelfth such commission from the museum, with previous contributors including graphic novel luminaries Nicolas de Crécy and Enki Bilal. Levallois is a sought-after visualiser of fantastic worlds for Hollywood blockbusters, with Alien most evident here, but he’s proven himself on a similar graphic novel brief for the Musée d’Orsay.

Also famous across disciplines is Levallois’ subject here. Leonardo da Vinci painted what the Louvre credibly call the most famous portrait in the world: the Mona Lisa. Yet he was a true polymath – an engineer and inventor, creator of early designs for aircraft and tanks, and even a caricaturist – the archetypal Renaissance Man. All these talents feature.

The title Leonardo2 signifies not a sequel, but the book’s premise of dual narratives and Leonardos. Levallois intercuts between 1519, as Leonardo makes his deathbed confessions, and the spaceship Renaissance “home to the last men” (from 15019). This might seem a contrived genre mash-up, but there is an underlying logic. Firstly, it works the Louvre and its exhibits into the story, as Renaissance crashes through the iconic 20th Century glass pyramid into the museum, seeking its Leonardos. Secondly, the book explores Leonardo as futurist because these 151st century survivors see him as “the greatest inventive visionary genius of all time”, and so the last hope to save humanity. Their goal is not the paintings themselves, but Leonardo’s DNA. They plan to clone him. Finally, the combination of historic and futuristic narratives, solves a biographical problem, letting Levallois both faithfully present the documented history, and engage in informed speculation, while keeping each distinct. So how does the science fictional conceit work in practice?

Levallois deftly carries ideas across the two strands. For example, we see historic Leonardo remorseful over a casualty of his flying machine, then future clone Leonardo2 designing machines to kill on an industrial scale. Similarly, Leonardo procuring corpses for anatomical study, cuts to Leonardo2 dissecting an alien adversary, and his historic courting of ever more powerful patrons, plays out ingeniously and inevitably in the futuristic and extraterrestrial climax. These adroit parallels turn a selection of scenes into a coherent whole, and convincingly realise Levallois’ historic/futuristic premise.

Visually, Levallois’ draws on his Hollywood experience. The large format book gives IMAX immersion, and CinemaScope spreads. Yet he applies this cinematic methodology to illuminate Leonardo’s life, artwork, and inventions. While some scenes are impressionistic arrangements of light and shade, evoking production drawings for cinematographers, others might pass for long-lost Leonardos. He recreates and riffs on iconic originals, appropriately focussing on the maestro’s ink drawings, like his iconic diagram of human proportions. An aerial view of the maestro’s flying machine, capturing cinematic flight over intricate Leonardo landscapes, is a particular highlight. Only the most purist of Leonardo lovers could fail to delight in Levallois visualisations, and even they may be sent back to the library, to distinguish Levallois from Leonardo.

The most critical readers might puzzle over the assumption that Leonardo’s ‘genius’ is both genetic and still superior in the far future, and whether the Louvre has survived intact to the 151st Century, or spaceship Renaissance has travelled also in time, to crash into the present day museum. However, most readers will happily suspend disbelief, and enjoy this bold and brilliantly realised blend of historic recreation and futuristic imagination.