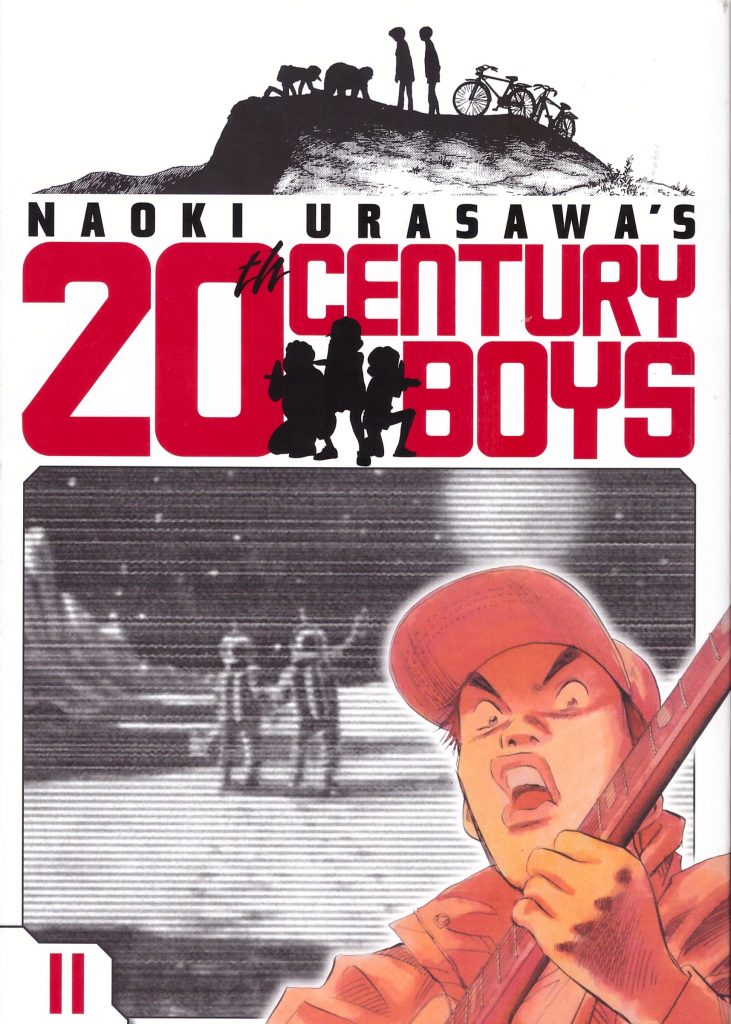 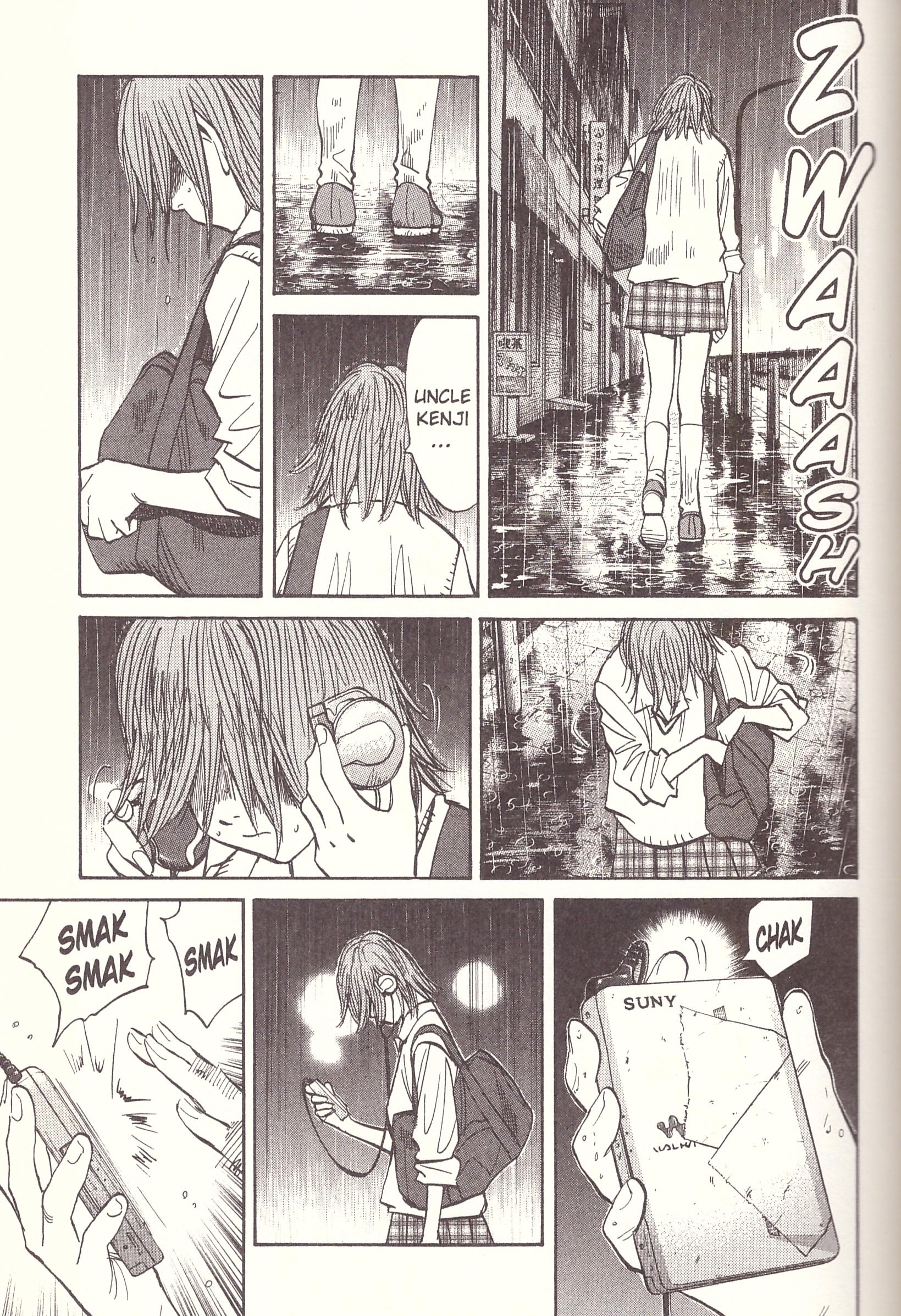 Since Final Hope five volumes previously, Kanna has been a core character. An infant raised and greatly influenced by her Uncle Kenji in the years leading up to the tragedy of 2000, in 2014 she’s a teenager actively attempting to set the record straight about the so-called Friend and his destructive manipulation. The Faceless Boy concluded with the revelation that the father she’s never known is actually Friend. She’s inclined to believe this, but readers have been there before and may sense some deception on Naoki Urasawa’s part. In a nice character touch, the revelation coincides with an accident that means she can no longer hear her Uncle Kenji’s songs on cassette, as seen in the sample art. We may or may not believe Friend is her father, but another revelation about her is confirmed.

That’s in the course of a sequence where we once again see the manipulative and forceful nature of Friend’s organisation. There has been a detour to a Friend Camp, but for the most part his organisation has been a looming faceless threat over the past few volumes, rather than explicit and proactive. That changes, and it coincides with a number of people with good reason to mistrust Friend either connecting or reconnecting. It means List of Ingredients is a volume where a fair bit of information can be shared and extrapolated, which should be as thrilling for the audience as it is for the participants. It’s a particularly hard journey for Kanna, beginning the volume thinking she’s discovered something about her father, but instead learning something entirely different and without any contrary evidence, appalling. As he’s done in the past, Urasawa transforms optimism to tears via some really powerful storytelling.

The end of this volume represents the halfway point for 20th Century Boys. Urasawa’s plot to date resembles concentric ripples spreading ever wider from the starting point of a bunch of imaginative kids in 1969, and he doesn’t look to be running out of further memories and false trails anytime soon. It’s a tour de force, and Friend’s Face is next. It’s a title loaded with anticipation after the cliffhanger ending here. Alternatively, buy both combined as Perfect Edition 6.