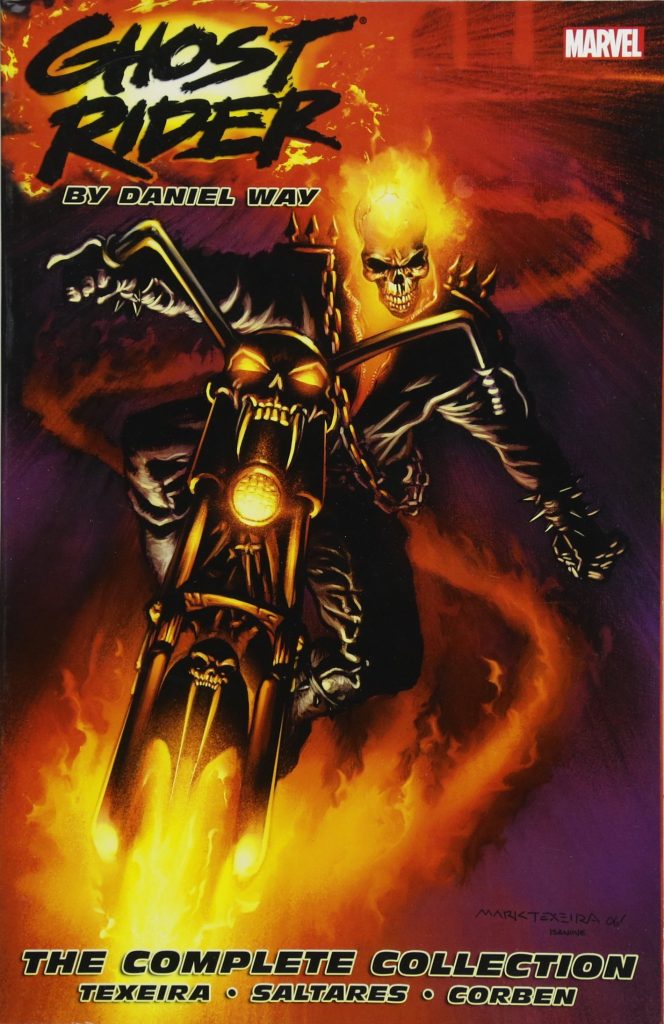 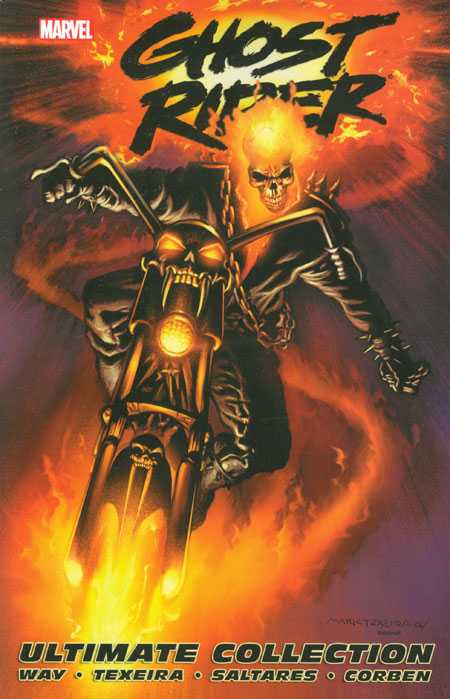 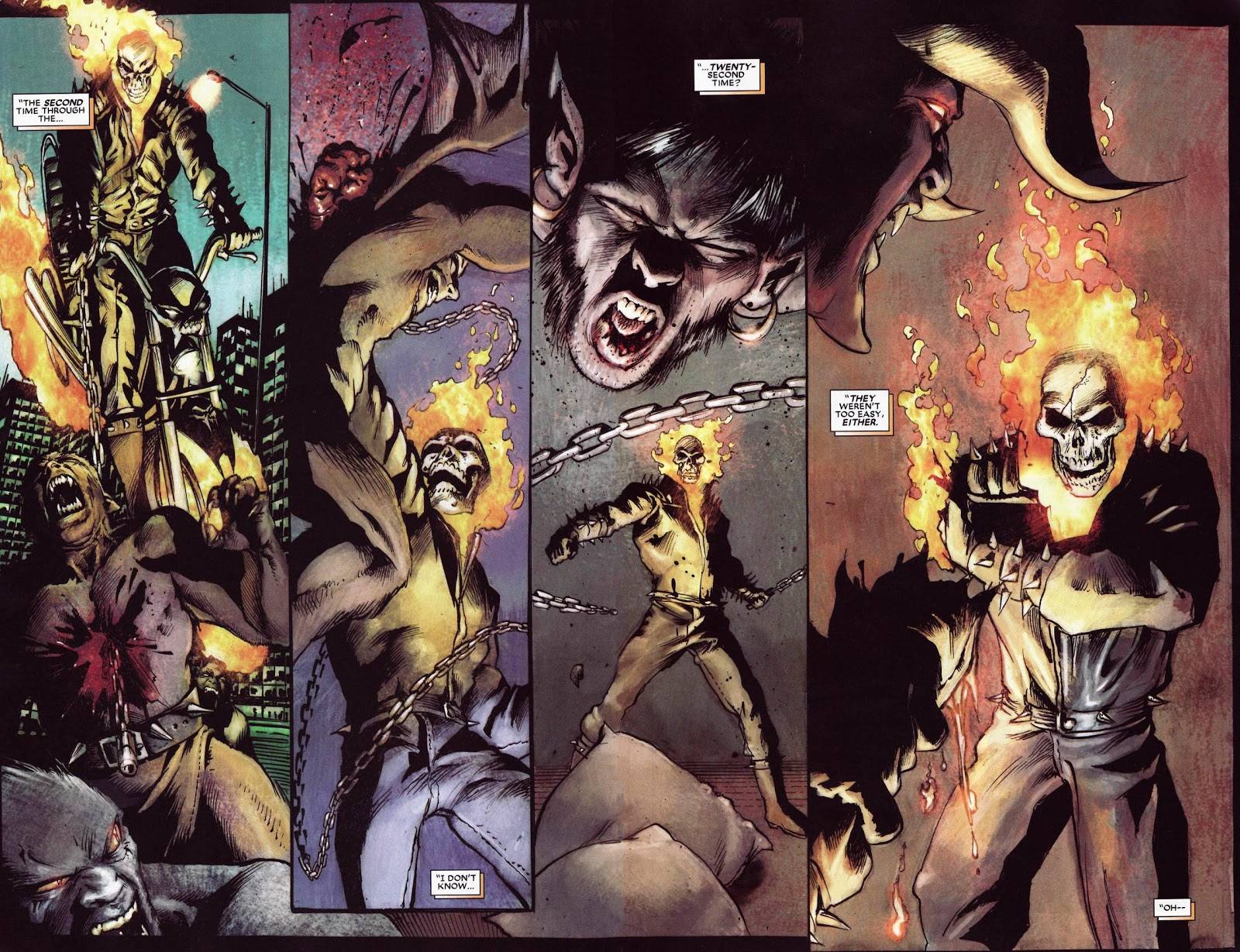 A problem that’s continually plagued Ghost Rider through the decades has been plots constructed like a 1970s TV show, where the protagonist wanders from place to place, perhaps with an over-riding purpose, but one always kicked into the long grass. There’s only rarely anything to connect one story to the next. Daniel Way supplies that purpose early as Satan escapes to Earth. The way this is arranged is clever, and so is the outcome, which is that his essence has to be split between 666 revived corpses, and he’ll only be whole again when all are killed. When the Spirit of Vengeance is on the case, that’s something to relish, but perhaps not the best course of action. The idea, though, sustains this collection through a relatively sprightly and imaginative first half, even if there’s not enough Ghost Rider on his cycle.

Most of the art is Javier Saltares providing the layouts for Mark Texeira’s finishes, although Tom Palmer takes over the finishing toward the end. Both artists have distinguished themselves on earlier Ghost Rider, and let’s face it, the character design is so strong that the job’s half done for any half-competent artist, and both are better than that. The result is a fast moving, widescreen style that emphasises the sheer power scale being employed. The downside is the exploitative illustration of the cast’s only prominent woman, who even then seems to have no purpose until the final chapter. Two chapters are drawn by Richard Corben, whose representation of Ghost Rider is different, accentuating the hollow eyes, and a real treat.

Ghost Rider chasing down and murdering those Satan has possessed is prefaced by a neat story set in Hell with Satan the tormentor, and Corben’s outing is followed by the four best chapters here, ‘The Legend of Sleepy Hollow’. It involves a very human spirit of vengeance, the walking dead, and a surprise villain, but once that’s done it’s as if Way’s drained his imagination. There’s a battle with the Hulk, padded to two chapters and ended half-heartedly, and a repetitive and prolonged ‘Revelations’ section. The primary revelation is interesting, as are the possibilities it opens, but too much else is muddled and awkward, while Satan and his motivations are reduced to those of a standard maniac. Having artificially extended this last story, Way is then left without the space to supply the finish it needs, nor any emotional follow-up, as ill-advised comedy police are instead introduced. The best of Way is almost entirely confined to what was issued in paperback as The Life and Death of Johnny Blaze, which also has the bonus of those Corben chapters, and anyone other than a Ghost Rider completist or related to the creators will probably be content with that. The wallet will certainly be fuller.

There’s no difference in content between this and the earlier Ghost Rider by Daniel Way: The Ultimate Collection, and the same stories are available as Vicious Cycle, The Life and Death of Johnny Blaze, and Revelations, with Apocalypse Soon featuring an additional story not available here as Way’s not involved.