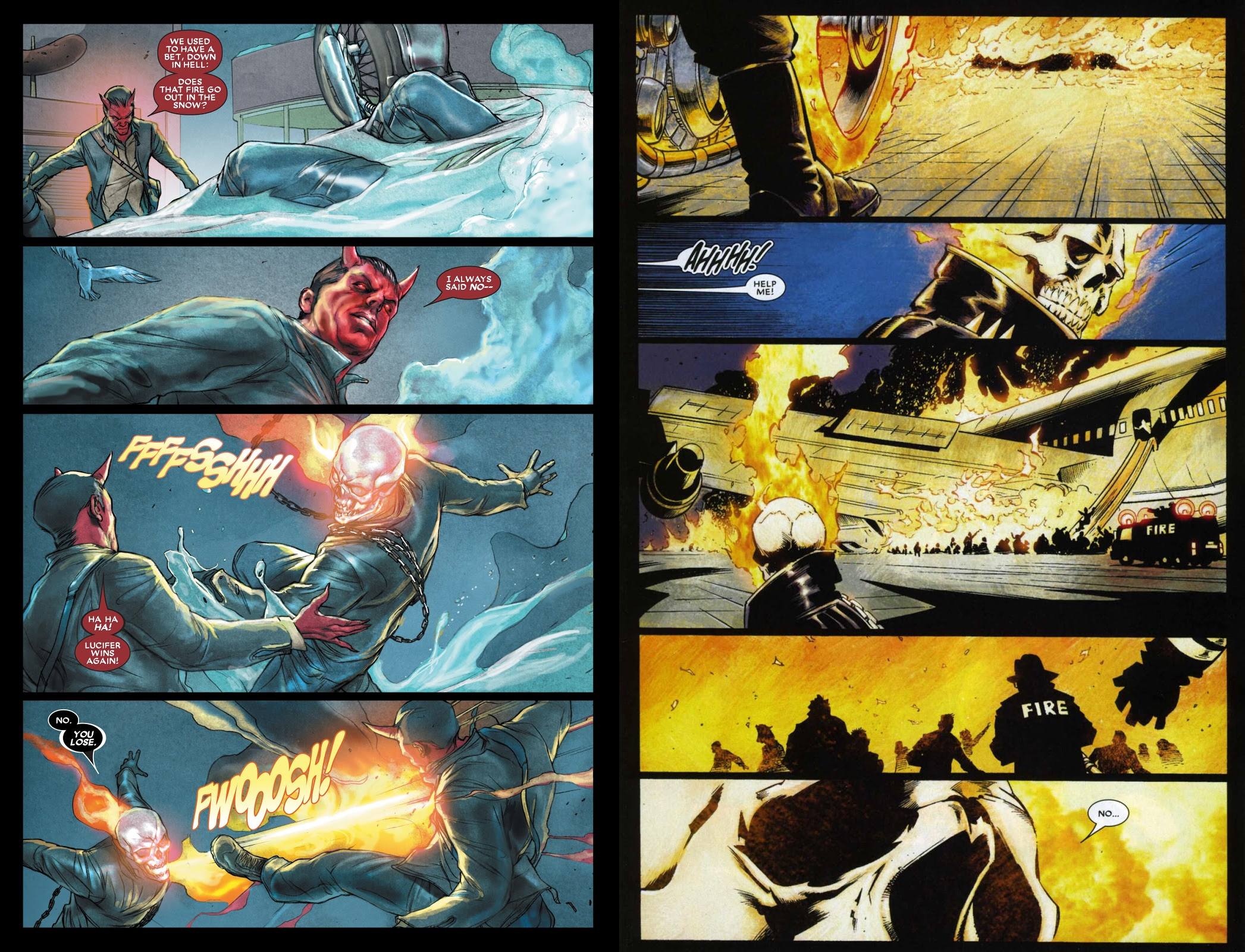 For starters almost half the content isn’t written by Daniel Way, and Stuart Moore’s ‘The Eleventh Hour’ has the pacing of a slow TV drama. Satan walking into a bar and trashing the clientele ought to be a lot more interesting than it is here, and that’s down to the pace. Not long enough is taken for us to know the victims, as they’re largely irrelevant in story terms, yet too much time is spent with them for what does happen. Ben Oliver has a nice drawing style, but is producing comics here as a series of static images for much of the time. The most interesting character is a new introduction, but even their plight never entirely grabs the sympathy, leaving too much just one long fight scene.

Almost the same applies to Way’s contribution, which is tailored to tie-in with the then current events of World War Hulk. There’s little reference to the previous The Life and Death of Johnny Blaze, as for two chapters the destruction is on an ever-expanding scale, beginning with an airliner and moving up. Javier Saltares pencils this with Scott Hanna inking, providing a more traditional look than Way’s Ghost Rider has so far demonstrated. It’s widescreen, but the novelty wears thin quickly unless you’re stoned, and the ending is feeble.

Because Apocalypse Soon is very thin on story content, the remainder of the book is filled with text articles and promo pieces. All in all very unsatisfying. As has been suggested by Amazon reviewer Jonathan Jurgensmeyer, you might as well skip this and head straight for Revelations.