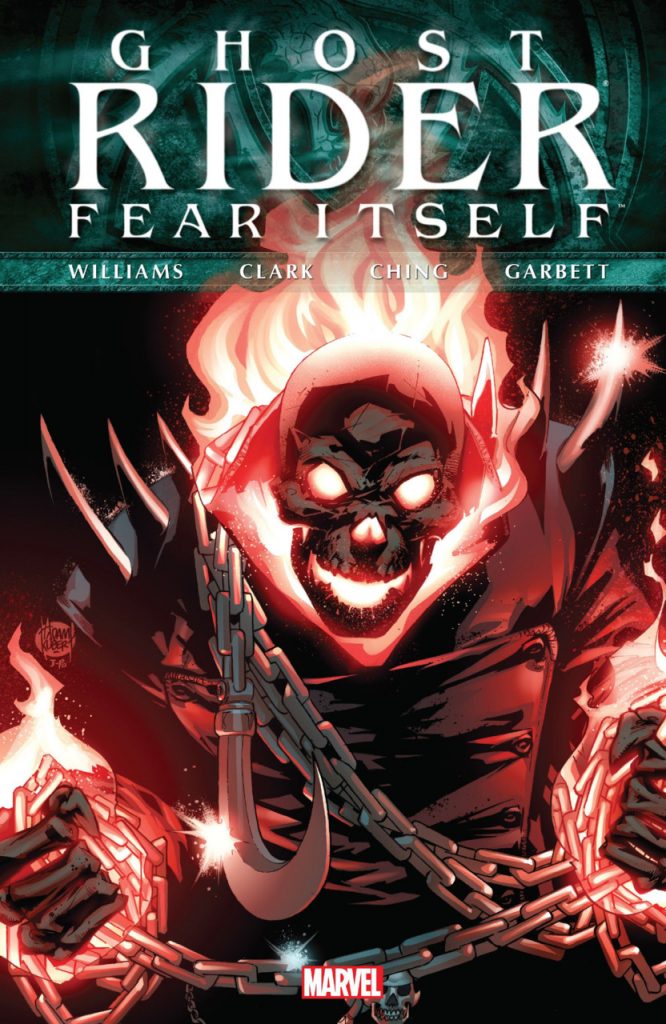 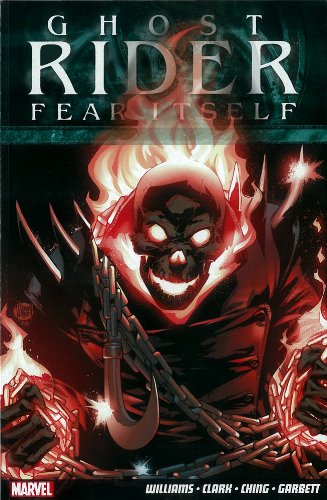 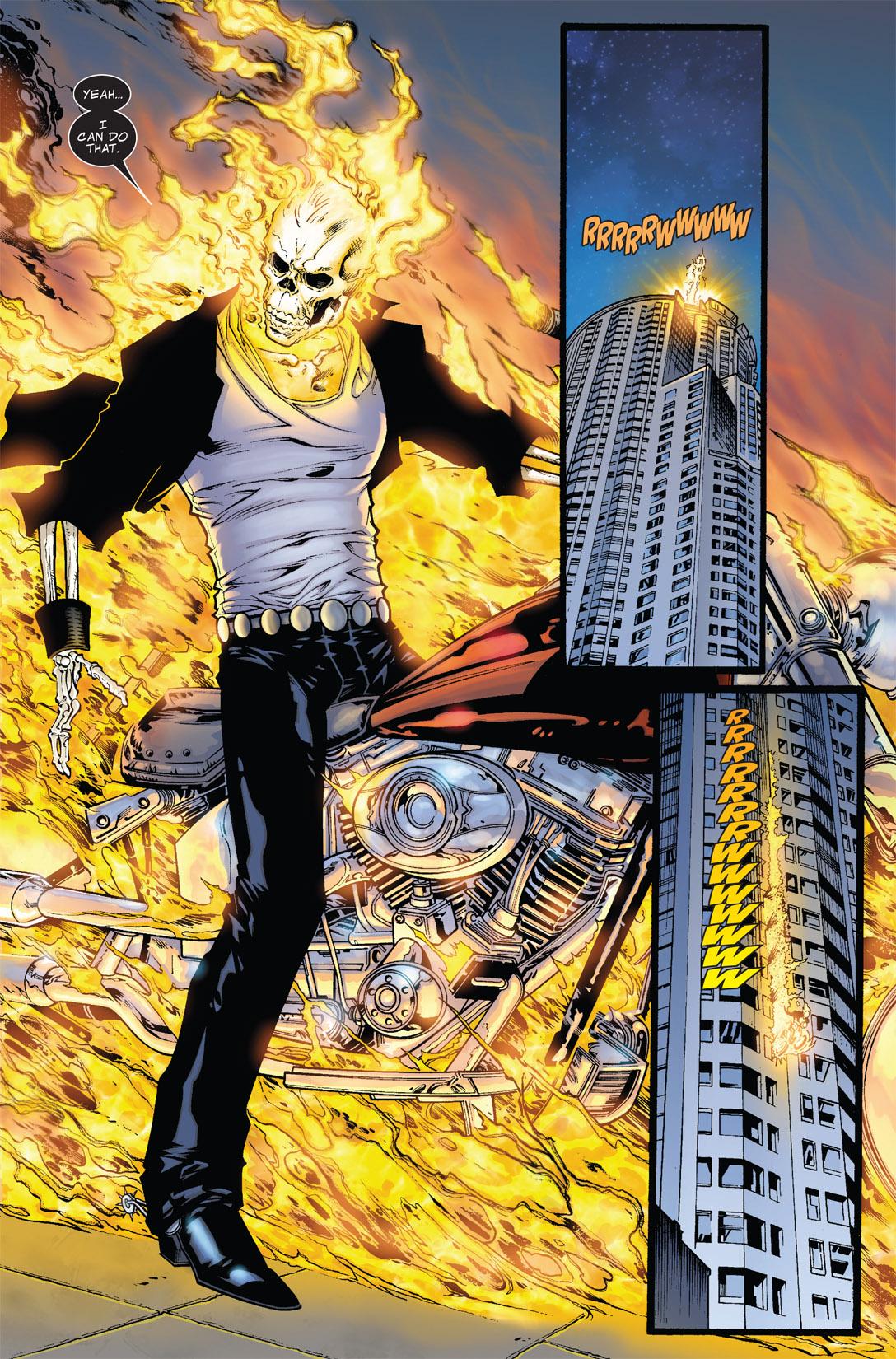 Yet another Ghost Rider reboot is this time assigned to Rob Williams, and to provide a possible extra sales boost, Marvel programmed the relaunch to tie into their 2011 company wide crossover Fear Itself. It isn’t considered the most sparkling of Marvel’s crossover series, but Williams jumps right in with his boots on to connect the events with Ghost Rider, the original Johnny Blaze version and a successor, because in the opening chapter Blaze seems to have rid himself of his demonic alter-ego once and for all.

Except it’s not as simple as that. The object of those motivating the events of Fear Itself is spreading a form of gospel and saving humanity from sin, at which point Williams introduces demon in chief Mephisto. Not only does he thrive on sin, he’s responsible for Blaze being Ghost Rider.

Williams makes a good fist of adding some new elements to what’s almost always been a glum and on occasions such a serious series that it’s on the verge of tipping over into being funny. Blaze is the central focus, not the Ghost Rider, and his having a quipping character is a good contrast to events. Williams reveals what Blaze might have done with the Ghost Rider’s power, yet had never considered. As his abilities have always been nebulous in nature this isn’t pulling rabbits from a hat in such an obvious manner, and the good ideas continue to topple out. We have the Ghost Rider’s method of eliminating sin from Earth, Mephisto wonderfully characterised, the innocence of Ghost Rider’s new host well conceived, and the location of the final battle removing Blaze far from his usual environment. It’s not all gold, with a pseudo John Constantine serving little purpose beyond Williams’ private joke, but he’s eventually jettisoned.

Most of the book is drawn very well by Matthew Clark. Blaze seems much younger and less ground down by life than in the past, but that’s no bad thing. Brian Ching fits in with Clark’s style, and Lee Garbett produces the final chapter. He’s more static, and his Ghost Rider is visually distinct, which can be attributed to a period of growth following earlier events, so it’s not the contradiction it might otherwise be.

Sadly, Williams’ version of Ghost Rider wasn’t a sales success, the character’s regular fans not enamoured by his innovation. Anyone interested in this is better advised to pick up Ghost Rider by Rob Williams: The Complete Series, which reprints it alongside a further four episodes concluding the series.