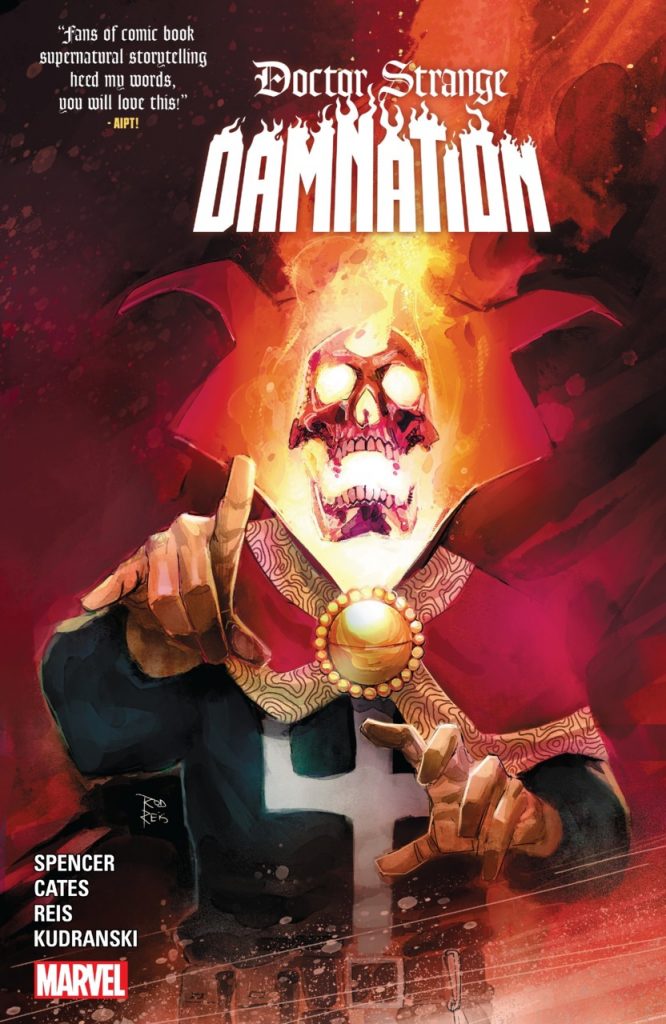 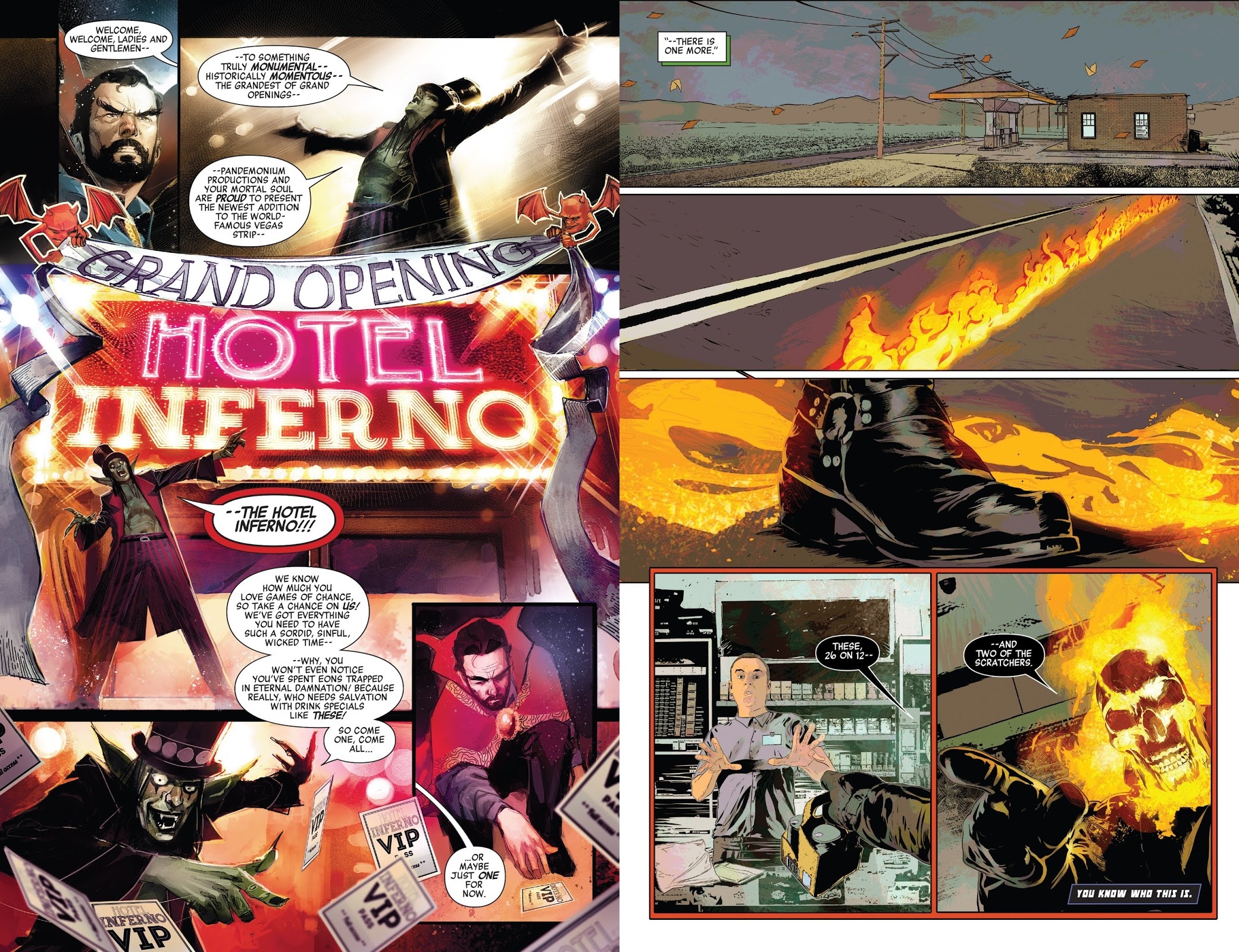 Damnation is a tricky story, starting straightforwardly enough, but then squirming all over the Marvel universe, and running concurrently with events in Doctor Strange: City of Sin. It picks up with Doctor Strange’s restoration of Las Vegas, destroyed by Hydra in Secret Empire, but as it had been consigned to Hell in its entirety given the prevalence of vice, it returns with Mephisto, whose influence gradually begins to turn everyone evil and so the souls begin accumulating in his vault.

There’s a decent plot to Damnation. Writers Donny Cates and Nick Spencer consistently surprise, while their characterisation is good and their dialogue witty. No complaints about the art either, with Rod Reis and Szymon Kudranski setting the correct mood, telling the story well, and thrilling with the action. Special kudos to Kudranski for his great version of Ghost Rider. For all that, Damnation is unsatisfactory because much of the story takes place between the four chapters presented here. In the first Doctor Strange has come to an arrangement with Mephisto, but by the second he’s badly injured, something imparted here in recap because it happened in City of Sin. The same happens with his progress by the third chapter.

Alternatively, to be more charitable, the first chapter could be viewed as setting the overall scene, while the remainder focuses on a group of heroes collected by Strange’s friend Wong and their attempts to defeat Mephisto. That doesn’t work entirely either because other chunks of story are missing, as most of the heroes are only even seen making up the numbers, the exception being a good role for Ghost Rider. Balanced against that is the likes of Scarlet Spider popping up in a half page illustration midway through to announce Vegas is his home and he’s helping out, after which he’s never seen again. That’s because his action plays out in Scarlet Spider: Damnation. It’s frustrating, not least because what is here is good. There’s a fast pace, little soul searching and a neat twist to end it all.

Given the awkwardness of missing large chunks of the story, it may at first seem that a bulky alternative collection also showing how the overall plot affects Ghost Rider, Iron Fist, the Scarlet Spider and others might be the answer. However, there are presentation problems with Damnation: The Complete Collection as well. Perhaps the best way to read it is along with the two Donny Cates Doctor Strange paperbacks collected as Doctor Strange by Donny Cates.