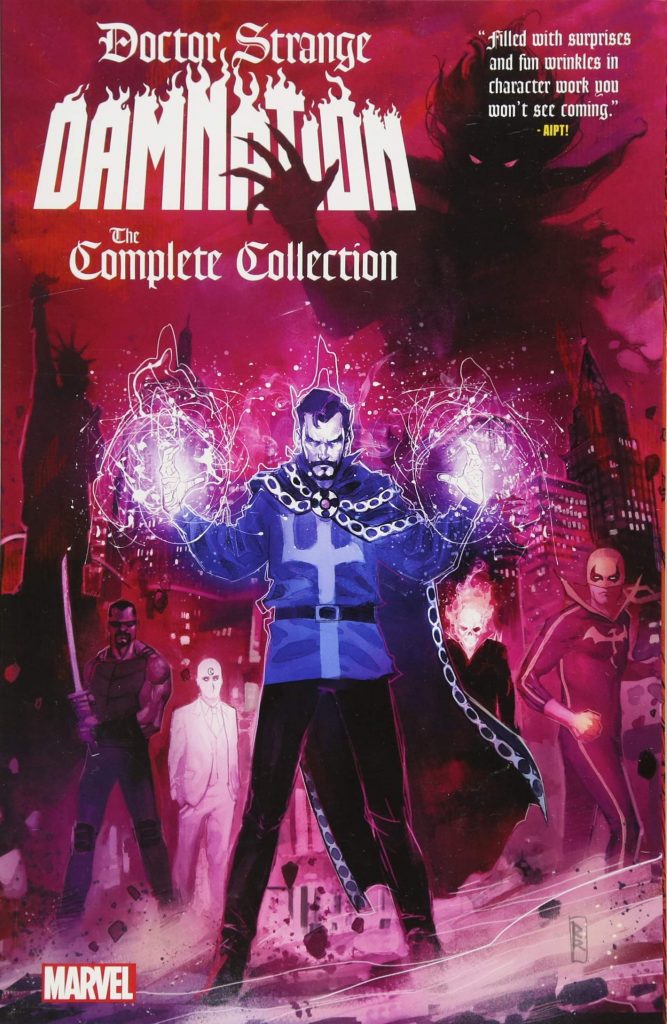 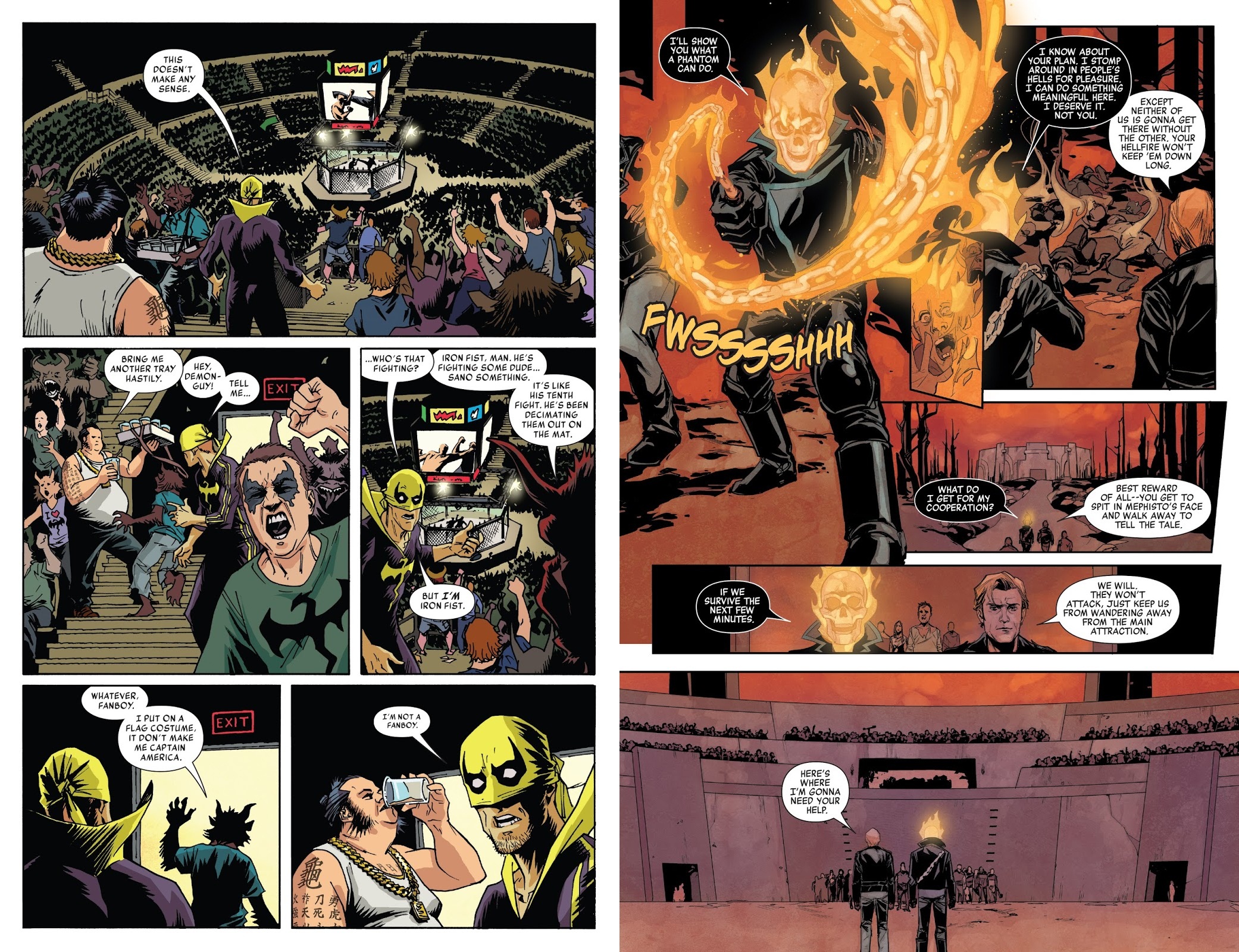 Damnation begins with an overconfident Doctor Strange, who’s just restored magic to the world, as seen in Donny Cates’ God of Magic. The opening chapter also has him restoring Las Vegas, and its inhabitants, devastated during Secret Empire, so he seems to be on a roll. However, the side effect is literally bringing Hell to Earth. Yes, that’s a screw-up of the most major variety, and as seen in the solo Doctor Strange segments of what follows, not simply rectified.

Do you like reading the start and end of a story and only then heading to the middle chapters? Surely no-one does, yet that’s the compromise to be made with Damnation: The Complete Collection. In one sense it’s pleasing that Marvel are still considering projects best read as the individual comics on monthly publication, becoming caught up with what’s happening to Doctor Strange, Iron Fist and the Scarlet Spider during an overarching event. The downside is what happens when they’re collected, and there is no cohesive method of presenting everything. The alternative would be to forget about the tie-in chapters, figure everyone does their bit, and just pick up the four chapters of the paperback Damnation that begin this selection.

These surprise. Cates and Nick Spencer switch the attention from Doctor Strange after the opening chapter, concentrating instead on a bunch of other heroes gathered by Wong to clear up the Doctor’s mess. However, most are there in the main story to make up the numbers, with some having Damnation crossovers in their own title. Iron Fist’s participation via Ed Brisson and Damien Couceiro isn’t available in any of his graphic novels, and really only ties into the title story via providing the circumstances for Iron Fist to be enveloped by his past yet again. Otherwise it’s a twisted cage fighting piece, but the emotional resonance will be absent if you’re just becoming acquainted with Iron Fist’s convoluted past.

It’s Ghost Rider whose individual chapter most suffers from being divorced from the main story. His part there is good, well-plotted and surprising, so the later pages explaining what we’ve already seen in greater detail lose some effect. Christopher Sebela and Phil Noto give Johnny Blaze’s exertions a platform video game feel, varying the rounds enough to keep up the interest until we arrive at the point reached in Damnation’s finale.

Doctor Strange: City of Sin and The Scarlet Spider: Damnation are the paperbacks containing those heroes participation in Damnation. Follow the links for more details. The Scarlet Spider chapters disappoint, Will Sliney drawing well, but Peter David going through the motions. He does introduce a great dilemma, but in this content discards it pretty well immediately, although it’s followed up well in The Scarlet Spider: Deal With the Devil. Although there’s some movement to begin with, the Doctor Strange chapters by Cates and Niko Henrichon settle into a holding pattern of occupying Doc until the  rest of the cast are ready for him to join up again. They’re unsatisfying, not least because the Sorcerer Supreme is constantly fooled by standard illusions even when they’re pointed out.

The art is generally good, although styles vary considerably, with the main chapters by Rod Reis and Szymon Kudranski standing out for setting the right mood and thrilling with the action. Kudranski’s Ghost Rider is visually impressive.

While a couple of the other chapters would slot in well, overall if you’re interested in Damnation you’re probably better off restricting that interest to the thinner four chapter paperback.