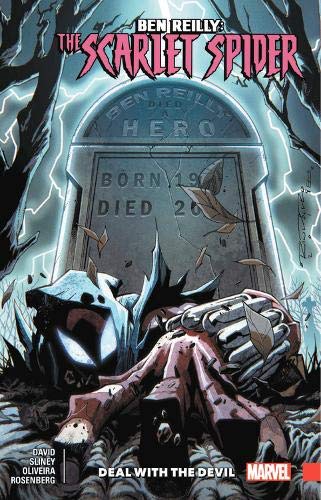 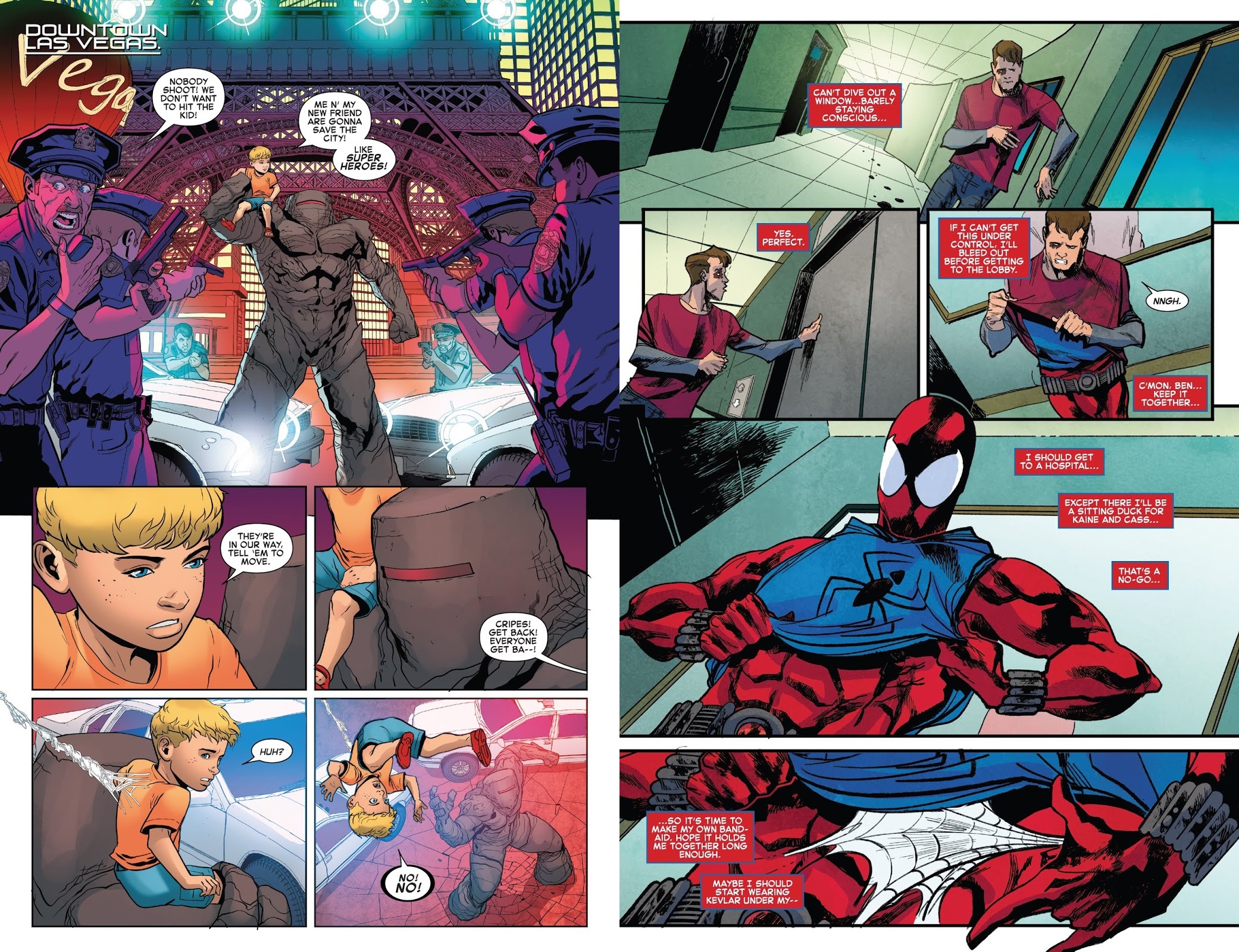 Ben Reilly came to Las Vegas to be a hero, hoping to find some kind of redemption for past misdeeds, and one of his earliest promises was to cure the infant daughter of a casino owner. Over four previous graphic novels he’s not managed it, and it’s weighing heavily on his conscience, not least because his own soul is very literally at stake. Also on his mind is the Diogenes Project, which has been resurrecting dead heroes. Fellow Spider-Clone Kaine has been almost co-starring, also clling himself the Scarlet Spider, but for very different reasons, and with slightly different powers. These are tested to the limit over the opening chapters via a holdover from the previous Damnation, and Peter David’s neat twist along with that.

Damnation was the weakest of the series, but Deal With the Devil is the bounce back. If a series has to end after a relatively short run, it’s always pleasing if the conclusion is the best volume, and in terms of writing at least, that’s what this is. Not only does Peter David tie everything up, he manages it with style, constantly wrong-footing readers with plots that avoid the expected, and even when you’ve come to expect that he still manages to confound brilliantly.

The only downside is the actual finale over two chapters where Bruno Oliveira replaces Will Sliney as artist. Sliney is imaginative and dynamic, while Oliveira’s pages are smudgy and ordinary, sucking the thrills from what’s an excellent plot in the whole world against me style, and the showdown with Kaine that’s been coming the entire series. It’s not as if David hasn’t given Oliveira visual cues either, as a tour of Las Vegas is on the agenda, but the art over what’s a third of the collection drags the overall rating down.

Oliveira apart, that finale possibly won’t go down well with everyone. It’s well written, and it’s not as if David hasn’t been up front with various comments throughout the series, most prominently in Death’s Sting, but it’s unlikely to be a crowd pleaser for people who’ve followed Ben’s path to redemption from the start.