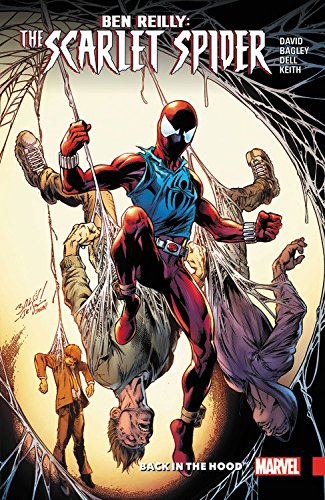 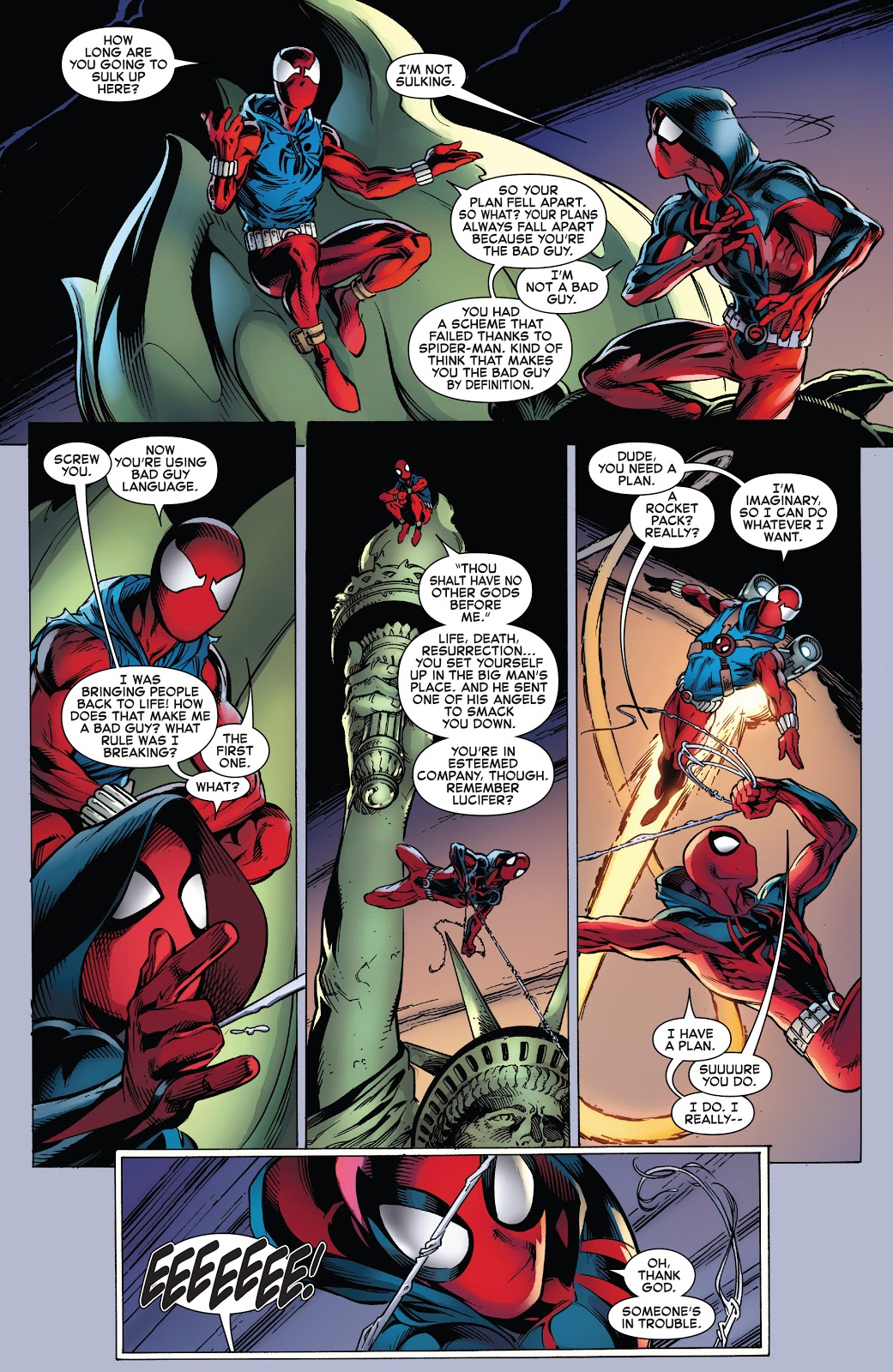 Ben Reilly was cloned from Peter Parker, and so has the same powers as Spider-Man and looks like him, but his mental condition has always been another matter as he developed a career as the Scarlet Spider. Long believed dead, he re-emerged during The Clone Conspiracy, after which he was believed dead again. Always a conflicted character, Peter David presents this almost literally to begin Back in the Hood as Ben carries on an internal dialogue with his Jiminy Cricket alter-ego, an idea David quickly dropped. The madness soon follows in possibly the strangest mugging sequence you’ve ever seen in a superhero comic, and you’ve probably seen an awful lot of them. You’ve probably also seen casinos being held up and the vengeful corporate CEO as well, but David twists those common scenes nicely over the first chapter as well, while further introducing the plot lines that’ll run through the Back in the Hood.

Ben’s life is further complicated by another clone of Peter Parker, Kaine, also last seen in The Clone Conspiracy, who’s hunting Ben down as irredeemable villain. It’s Kaine who’s Ben’s primary problem, not least because as clones, albeit heavily scarred, they look alike. That provides the Spider-Clone on Spider-Clone action, which Mark Bagley illustrates very professionally. The foundation of his career is as a reliable artist who’ll give everything that’s needed for a superhero story without any great flash about it, and that’s exactly what’s provided for Back in the Hood.

David deliberately distances Ben from Spider-Man, first by locating him in Las Vegas, and then having him indulge in little spider-style costumed action over the opening chapters. He explains what it’s necessary to know about Ben’s past as he goes along, although it’s possibly best to have some awareness of that before picking up Scarlet Spider, as by most definitions of the term Ben isn’t really a hero. If we can believe him when he talks to himself, he’s aiming higher than his past track record, but he’s not always been a sympathetic character. By the end of these five chapters, beyond what he does with Ben, David has set up a heart-wrenching ethical dilemma, a war between rival Vegas casinos and a mystery about an enforcer. It’s all very readable and continues in Death’s Sting. 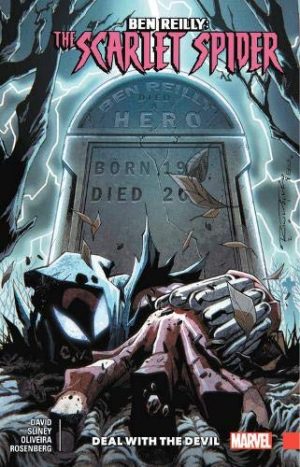