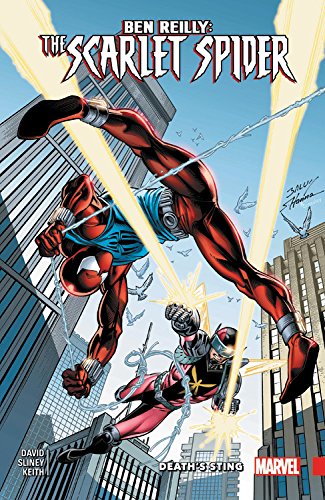 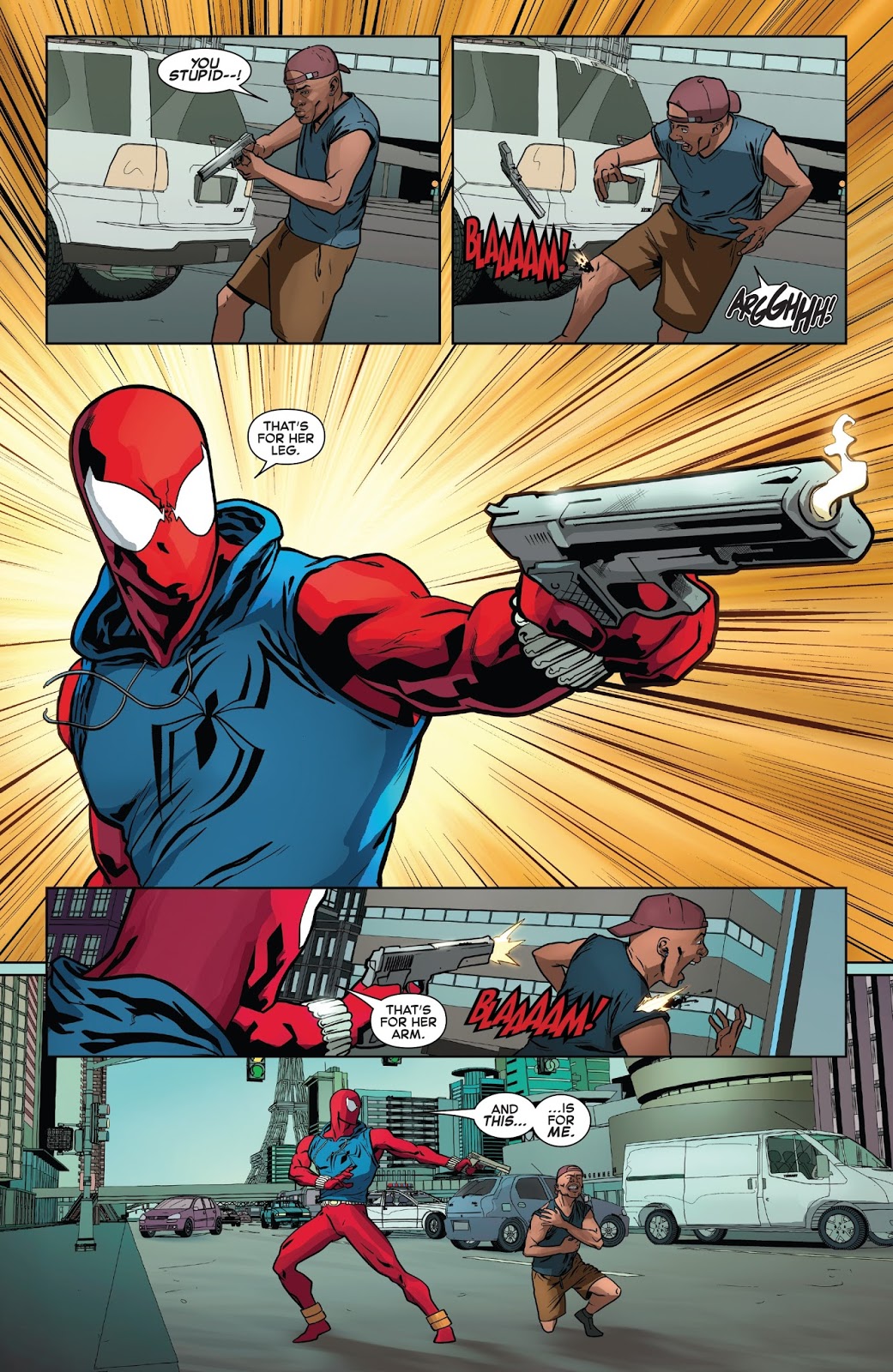 Ben Reilly, clone of Peter Parker, is trying to turn his life around. To this end he’s relocated to Las Vegas and made the acquaintance of casino owner Cassandra Mercury, offering to find a cure for the rare condition afflicting her young daughter. In Back in the Hood we’re led to believe his intentions are good, but as yet he hasn’t a clue how he’s going to achieve this, while Cassandra knows she doesn’t trust him in the slightest, but is a desperate mother. It’s a rich emotional brew.

Death’s Sting is like old home week for Peter David, as not only his reunited with his Spider-Man 2099 artist Will Sliney, he returns old favourite supporting character Marlo Chandler, who he’s used in several series starting with his days writing Incredible Hulk. That’s in the opening two part story in which the status quo changes several times, always unpredictably as David manges to shift the parameters of the series in an incredibly inventive way. Ben has some boundaries laid out regarding his possible fate before David has to interrupt his plots to incorporate what others at Marvel have decided. as Las Vegas is devastated during the Secret Empire crossover.

Sliney’s a more distinctive artist than the previous Mark Bagley, his layouts more impressive, but he has the occasional problem with stiff figures. Swings and roundabouts as far as the artists are concerned.

Given the content of the first two chapters, it would seem the volume title’s explained, but it applies equally to the two chapters that follow, in which members of 1990s super team the Slingers appear, one of whom is the Hornet, seemingly no longer such a nice guy. This is David going all meta on us, throwing in others who’ve impersonated or replaced Spider-Man into a title featuring his clone. It’s fun, and leads into the following The Slingers Return, but not before we’ve had a catch-up in the form of the Slingers’ introduction from 1998. Then they were a neat throwback to the stories Marvel used to produce twenty years earlier mixing superheroics and teenage angst, and stood out among the many substandard superhero comics Marvel threw at the wall in the 1990s. However, time hasn’t been kind to the work of Joseph Harris and Adam Pollina, their playfully combative super teens and their interminable ‘smart’ dialogue, with the story now reading not as a training session but extended bullying of the team’s female member. The primary content of Death’s Sting is fine, but the reprint drags the overall rating down slightly.